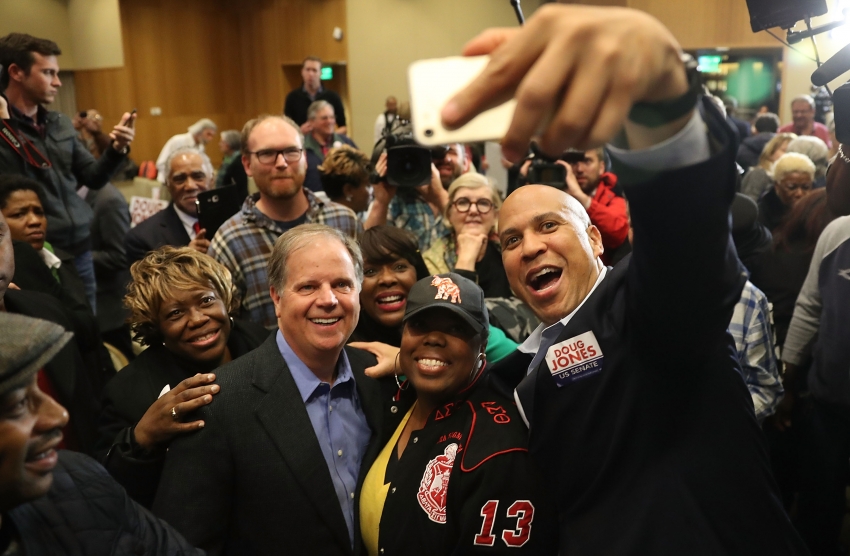 It’s time to follow the lead of Black grassroots organizers.

The lesson here is that Democrats need to stop treating African Americans simply as a source of votes.

Some on the left remain fixated on the mystery of why public policies that harm working people are often enabled by the votes of working people.

Indeed, a significant number of workingclass white voters abandoned the Democratic Party and made possible the election of Donald J. Trump. The media has given considerable attention to these disaffected voters, and some Democrats pine and plot to win them back.

But that raises the question: Why has the Democratic Party failed to focus on those voters—African Americans, immigrants, single parents—whose views most closely align with the party’s vision?

The Dec. 12, 2017, election of Alabama Democrat Doug Jones to the U.S. Senate, thanks to strong turnout from this base, is a long overdue template for the future. In our media and political landscape, competing for Trump voters is a fool’s errand. The power of conservative media to wall off large sections of the electorate from countervailing opinions prevents the possibility of progressive political messaging.

How do you turn around voters who believe that Barack Obama was born in Kenya or that Mexico will pay for a border wall? A 2015 analysis by the media watchdog FAIR found that white people who regularly watch Fox News are more likely to express “attitudes of symbolic racism” and racial resentment. And conservative media’s daily dismissal of Black protest as “unpatriotic” feeds ignorance about Black grievance.

Even amid historic racial inequities, Pew Research Center found in 2017 that 72 percent of Republican-leaning voters say whites benefit “not too much” or “not at all” from racial advantage, compared to only 21 percent of Democraticleaning voters.

Under pressure to win in 2018 and 2020, Democrats may be tempted to court conservative white voters while soft-pedaling political demands from communities of color. That strategy, championed by Rahm Emanuel when he chaired the Democratic Congressional Campaign Committee from 2005 to 2007, proved disastrous. Emanuel’s Blue Dog Democrats proceeded to aid Republicans in watering down the stimulus package and blocking a public option in the Affordable Care Act.

Fortunately, Jones’ Alabama victory provides a guide as to how Democrats can win, even in so-called red states, by tapping into a latent progressive voting pool of people of color (including rural Blacks), enlightened whites and youth.

To be sure, Jones faced a flawed opponent in Roy Moore, who failed to inspire the state’s notoriously right-wing white voter base. But Black organizations and churches in Alabama also led a vigorous grassroots mobilization. Woke Vote, for example, canvassed heavily African-American neighborhoods and college campuses, and got people not only to vote but to bring out their neighbors as well. Turnout in Black communities vastly exceeded that of the 2014 gubernatorial race.

Make no mistake: The yeoman’s work was done by Black organizations, not Jones’ campaign, which was at times tone-deaf on race. The lesson here is that Democrats need to stop treating African Americans simply as a source of votes. The party must unambiguously declare itself the party of Black people—and Latinos, Asian Americans, immigrants, Native Americans, all women and LGBTQ people.

To that end, it must advocate for a platform that fully fuses the quest for racial, economic and gender justice, one that prioritizes the interests of service-sector workers rather than the moribund mining sector, and emphasizes decarceration, comprehensive immigration reform, healthcare for all, a national living wage and robust reproductive rights.

This is not only a progressive vision but apragmatic path for winning. Are you listening, Democrats?