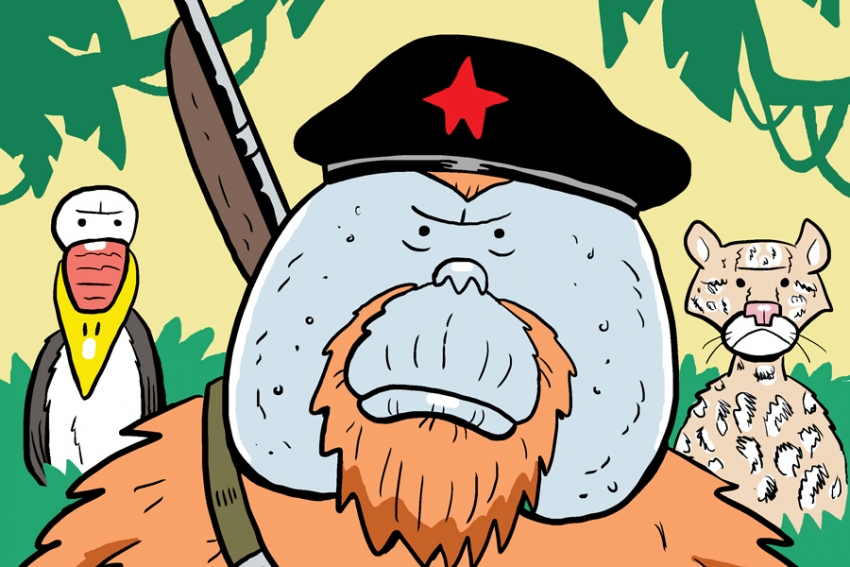 Does the Natural World Needs Its Own Bill of Rights?

Why environmentalists are working to grant rivers and mountains legal status.

1. The ethical principle that the living world—individual organisms as well as the ecology and geography that shelters and sustains them—has inherent worth

“Some people will say it’s pretty strange to give a natural resource a legal personality. But it’s no stranger than family trusts, or companies or incorporated societies.” —New Zealand treaty negotiations minister Chris Finlayson, on the granting of legal personhood to the Whanganui River

For many indigenous advocates of rights of nature, ecosystems are both sacred in their own right and inseparable from human societies. “I am the river and the river is me,” a Māori saying goes—an injury to the river is an injury to all. Rights of nature enshrine this principle as law. This ethical viewpoint isn’t so different from that of some radical environmentalists, who argue ecosystems and other organisms—be it due to their interconnectedness with sentient animals (including humans), their perceived consciousness or simply the fact they exist and are alive—have a moral claim to their lives and livelihoods. But for the hard-nosed human supremacists out there, there’s a selfish argument, too: The legal framework of rights offers more protection than typical regulations, and if we don’t protect these ecosystems, plenty of humans will suffer.

What sorts of rights?

No one’s trying to grant voting rights to the Grand Canyon, or give orangutans the right to bear arms (at least not yet). But the movement has an ambitious vision: Ecosystems not only possess a right to life—to continued existence not jeopardized by extraction or pollution—but to restoration, to heal the wounds of the past. Plus, many rights of nature laws are written such that any human resident can file a suit on behalf of an ecosystem: It’s not just about trees, but democratizing the claim to a safe and flourishing commons.

Who's pushing for this?

Much of the pressure has come from indigenous groups, often working with the U.S.-based Community Environmental Legal Defense Fund (CELDF). In 2008, the Ecuadorian constitution established rights for nature; a 2011 law accomplished the same in Bolivia. The Māori in New Zealand fought for 140 years to have the Whanganui River recognized as a legal person, and finally succeeded in March 2017; nine months later, they won the same rights for Mount Taranaki. The Ho-Chunk Nation of Wisconsin added rights of nature to its constitution in 2016. The CELDF has also worked with grassroots environmental groups in dozens of municipalities throughout the United States, often in rural and conservative regions. The group recently helped launch the country’s first federal lawsuit seeking personhood for a river: the Colorado.

This article is part of “The Big Idea,” a monthly series offering brief introductions to progressive theories, policies, tools and strategies that can help us envision a world beyond capitalism. For recent In These Times coverage of rights of nature, see, “Community Rights: Because Climate Conferences Won't Stop Climate Change,” “ 'We've Broken the Planet': A Case for Liberation Ecology and the Rights of Nature” and “Ho-Chunk Nation of Wisconsin General Council Votes To Add 'Rights of Nature' to Tribal Constitution.”