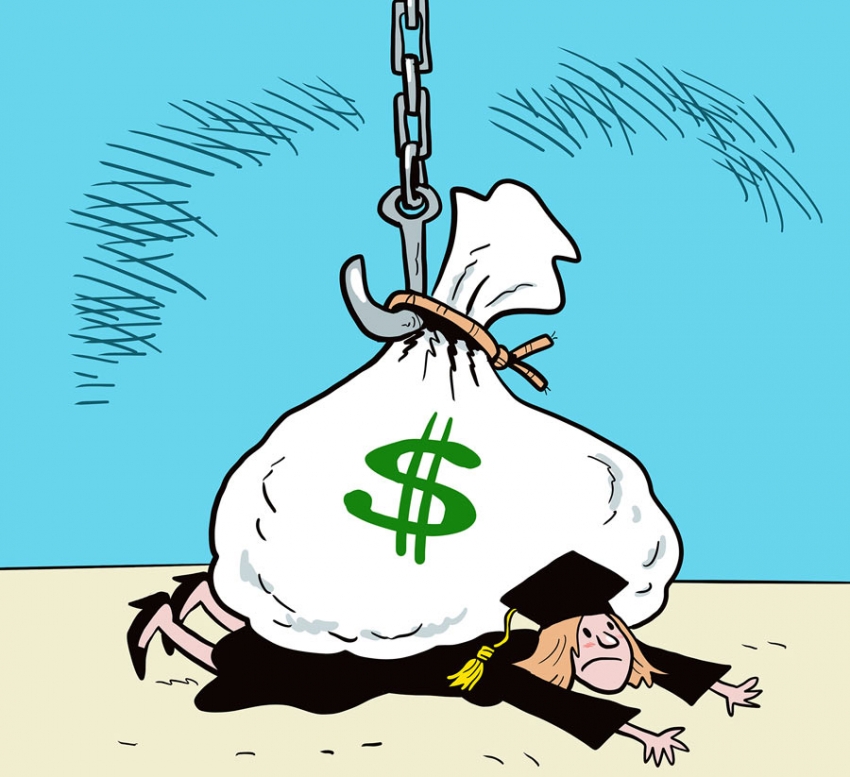 A Brief Case for Cancelling All Student Loan Debt

It isn’t just the right thing to do—it’s smart economics.

The government owns some 90 percent of existing student loan debt.

1. The erasure of every penny owed on U.S. student loans

“I feel like these loans are so illegitimate. I was conned into going to this school. They sold me a dream and I got a nightmare.” —Makenzie Vasquez, a former student of Corinthian Colleges who participated in a historic “debt strike” in 2015

Is this a legitimate proposal, or just a broke millennial’s fantasy?

The call for full student debt cancellation has been gaining steam since Occupy Wall Street, which put indebted students front and center. This year, a report from the Levy Economics Institute of Bard College made the case that it’s not just the right thing to do, but smart economics. The $1.4 trillion collectively owed by 44 million people isn’t just a drag for debtors. It’s a drag on the entire economy, driving down home ownership and consumer spending. Wipe it out, and the report’s authors estimate we’d increase GDP by at least $86 billion and add as many as 1.5 million jobs annually.

Can the government actually do this?

Here’s the thing: The government owns some 90 percent of existing student loan debt, and pays private companies (including one with ties to Education Secretary Betsy DeVos) hundreds of million of dollars to collect from delinquent borrowers. Instead, it could just forgive the debt. Privately held debt is trickier, but the government could either assume payments or buy and cancel them outright. The government’s balance sheets would take a hit, of course, but the Levy report estimates the net economic impact would still be positive.

Why give a handout to Harvard grads, instead of putting the money toward programs that help poor people?

For starters, they’re not mutually exclusive. But there’s also evidence that student debt amnesty would help reverse a widening racial wealth gap among millennials. While the top 20 percent of earners have the largest debt burdens, low-income minority borrowers have the highest delinquency rates and are more likely to have been steered into expensive for-profit colleges.

Take Corinthian Colleges, a for-profit system that shut down in 2015 amid allegations that it preyed on poor and minority students with false advertising. The Obama Department of Education established a process that was supposed to grant loan forgiveness to some 25,000 former Corinthian students, though DeVos is walking that back. Arguably, all college students have been subject to a kind of false advertising, the idea that taking on massive debt is a safe investment in one’s future. For millions of students, that simply hasn’t panned out.

Isn’t this just a temporary fix?

Yep. So let’s cancel everyone’s debt and then make college free for all.

This is part of “The Big Idea,” a monthly series offering brief introductions to progressive theories, policies, tools and strategies that can help us envision a world beyond capitalism. For past In These Times coverage of student debt, see, “These Students Are Leading a Movement for Free College in the United States,” “You Are Not a Loan” and “Why Can't College Be Free?”