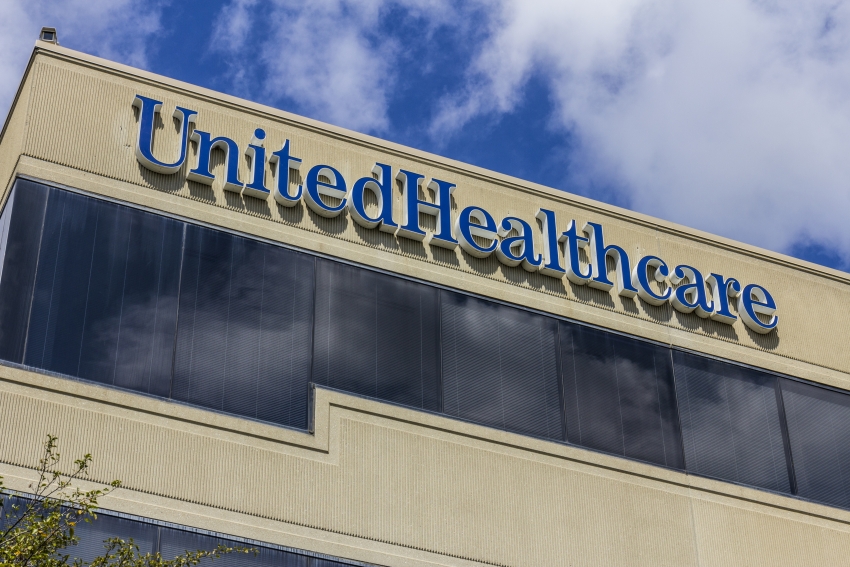 On the cruelty of private healthcare corporations.

The industry is an architecture of misery, extracting profits from suffering.

In Indiana, a school superintendent is facing three felony charges after using her son's insurance in January to help a sick student access a doctor and prescription antibiotics. Dr. Casey Smitherman, who on February 1 resigned from Elwood Community School Corporation, has helped the 15-year-old student before, according to reports: She purchased his clothes, and even helped clean his house. This time, she had noticed his absence from school and took it upon herself to bring him to a medical center. In an apologetic public statement, the superintendent explained that she was aware that the student didn't have insurance and so, out of concern for his well-being, wanted to do all she could “to help him get well.” Court documents reveal the total insurance claim was $233.

Nearly one year ago, Dr. Smitherman was a celebrated presence in Elwood. In June of last year, she received a glowing profile in Indiana's Herald Bulletin and enthusiastic approbation from James Snapp, Superintendent of the Brownsburg Community School Corporation. “I think in a time when our students were facing greater challenges with poverty increasing, Casey really connected with families, whether that was connecting them with the food pantry or the clothing pantry,” Snapp explained to The Herald Bulletin. Smitherman's attitude was made explicit in this profile: “Kids can’t learn if they’re hungry and are scared to go home,” she told The Herald Bulletin. The number of children living in poverty in the state of Indiana is a staggering 301,000. In Smitherman's district alone, at least 78 percent of students qualify for free or reduced-cost lunches. The poverty rate in Elwood: 24.2 percent.

Indiana prosecutor Rodney Cummings has argued that while Smitherman's actions shouldn't jeopardize her career, “there have to be some consequences.” It apparently isn't enough to watch Americans fall into incapacitating debt in order to access life-saving medical care: Those who provide succour in times of hardship must be held to even greater account. The impulse to discipline acts of solidarity is especially cruel in a system that leaves the poor to fend for themselves. Smitherman's case further emphasizes the intensity of the healthcare industry's aggravation of class inequality, the result of which leaves impoverished communities at the mercy of exploitative pop-up emergency clinics and volunteer-based roadside medical services that compel families to camp out in their vehicles sometimes two days in advance for a chance at care.

The recent death of attorney and disability rights activist Carrie Ann Lucas demonstrates the cruelty of private healthcare corporations, which act as the veritable death panels the poor were told to fear if the private health insurance market were meaningfully challenged. Forty-seven-year-old Lucas, a legal assistant for the Colorado Cross-Disability Coalition, was forced to ration insulin, the price of which has been rising steadily. UnitedHealthcare, the private insurer tasked with facilitating the medical treatments Lucas needed to live, denied her access to a specific inhaled antibiotic in order to save themselves $2,000. The company raked in a total revenue of $56.5 billion in 2018. Her death came “after an arbitrary denial from an insurance company caused a plethora of health problems, exacerbating her disabilities and eventually leading to her premature death,” Lucas’ obituary reads.

The death of Lucas is not the first, nor will it be the last, of its kind. In 2015, a crowdfunding campaign was published on behalf of an Oklahoma mother, Oranna Cunningham, diagnosed with stage 4 nasopharyngeal cancer. In 2014, her insurer Aetna not only denied her CAT scans, but denied funding for Proton beam therapy, which would have cost $92,000 and possibly saved her life. Aetna’s 2015 financial data reveals that in 2014 the company's total revenue was roughly $58 billion. Aetna's CEO at the time was Mark Bertolini, who has overseen the insurance giant since 2010, is “the richest person in Hartford,” according to Forbes, with a fortune of $180 million.

The description of the fundraiser for Cunningham reveals the full barbarity of insurance companies like Aetna, and the pain of the families who are forced to beg for somebody—anybody—to help them. The family was only able to raise $17,810, and in May 2015 Oranna died at the age of 54. In November 2018, an Oklahoma jury awarded the family $25.5 million, one juror saying that Oranna Cunningham was “failed at every turn,” and another juror declaring that “Aetna needed to pay.”

Victims of predatory insurance companies are hanging on by the thinnest of ropes, oftentimes working themselves to the bone even when their bodies cannot handle it. Take, for example, legendary guitarist Dick Dale, who passed away on March 16 at the age of 81. He was left touring in his final years in order to stay alive. “I can’t stop touring because I will die. Physically and literally, I will die,” he said in 2015. Despite his medical needs, and the fact that he was “double insured,” insurance companies were refusing to pay for necessary supplies Dale required to avoid stoma infections that resulted in excruciating pain and humiliating colostomy bag ruptures, in one case while he was on tour, just before he was about to take the stage. “My fecal matter went down my legs, up my pants, my beautiful cowboy shirt—everything,” Dale revealed to Billboard. “We didn’t have a backup pair of pants, because it was a one-off. [My wife] took everything off and washed my jeans, my stockings, my shoes, my shirt, every part of me. Then we wrung them out wet, and I did the concert with wet pants and shirts. After that, I sat at the merch table, and signed for five and a half hours, me still in my wet clothes.”

A report from Dallas Morning News tells the story of Heather Powell who, after being shot and left paralyzed, needed in-home aids to wash her body and cook her food. In 2017, Powell's insurer Superior HealthPlan decided to cut the hours she'd be under the care of an aid from 12 hours to 7, declaring the services “not medically necessary.” The Dallas Morning News report discloses, “Alone for 17 hours a day. Unable to move. In pain. Powell began to plan her suicide.”

This is no fault in the system: The industry is an architecture of misery, extracting profits from suffering. According to a report published in 2017 by The Doctor-Patient Rights Project, insurance companies “denied treatment coverage to one-in-four (24 percent) patients with a chronic or persistent illness or condition; 41 percent of the patients denied coverage were denied once, while 59 percent were denied multiple times.” Thirty-four percent of patients who had been denied coverage were forced to put off treatment, despite having a chronic illness. An astounding 70 percent of treatments for a chronic illness denied by insurers were for conditions referred to as “serious.” The grim reaper disguises himself in many forms, in this case that of an insurance agent.

The case of Dr. Casey Smitherman unveils the boundless ruthlessness of the healthcare system, one which punishes the sick, denying them the care that they are rightfully deserving of. “I'm not justifying what I did,” Smitherman told CBS News in January. “But I also think it's hard to look in the face of that sick kid and so until you're in that boat you don't know.”

Dr. Adam Gaffney, instructor in medicine at Harvard Medical School and a pulmonary and critical care doctor at the Cambridge Health Alliance, tells In These Times that his experience as a physician has continued to reaffirm the need for a “de-commoditized, free-at-point-of-use national health program.”

“You see people harmed by our system—patients going without needed care, skipping doses of medications because they can’t afford copays, avoiding tests,” he says. “You quickly realize that the idea that patients need 'skin in the game' to ensure they appropriately 'consume' healthcare is a moral travesty of an idea, an insult to the sick: almost nobody wants healthcare they do not need.” Being a patient and navigating the traumatic and unfamiliar medical world is difficult enough, Dr. Gaffney says. “We need not compound that suffering,” he argues, “with financial worries, medical bills, the anxiety of insurance networks and high deductibles, the fear of bankruptcy.”