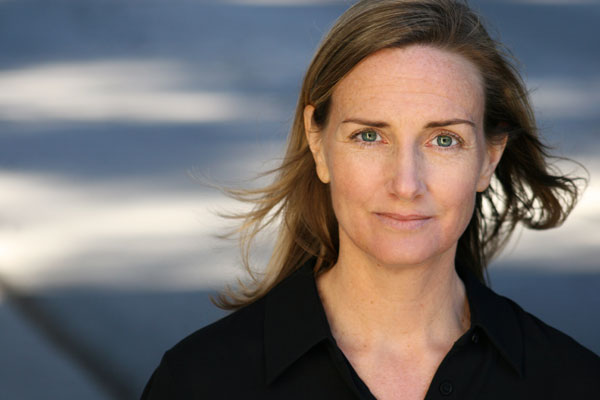 “I think some of the top pharmaceutical executives should face criminal charges,” says Melody Petersen, author of Our Daily Meds.(Photo by:Molly Hawkey )

This Is Your Country on Drugs

Melody Petersen talks about how we’re hooked on Big Pharma.

The drug companies focus on maladies like depression and high cholesterol and anxiety—they are not interested in cures.

Melody Petersen has been writing about the pharmaceutical industry for more than 10 years, including as a staff reporter for the New York Times. Her recent book, Our Daily Meds: How the Pharmaceutical Companies Transformed Themselves into Slick Marketing Machines and Hooked the Nation on Prescription Drugs (Farrar, Straus and Giroux, 2008), should be required reading for anyone who’s serious about healthcare reform.

What is the most outrageous thing you have seen while covering the drug industry?

I went to a conference where the title of one talk that jumped out at me was “Creating a Disease.” A drug company executive got up on stage with a PowerPoint presentation and explained how his company had created a disease–overactive bladder. The company owned a pill for incontinence, but the market for incontinence is very low because mostly elderly people suffer from it, and doctors try to manage this in a non-pharmaceutical way. Even though this drug works on your bladder, it is very hard on your brain. It can cause severe memory problems. But the company wanted to expand the market so it created this disease called “overactive bladder” or “OAB,” which it defined as needing to go to the bathroom more than nine times a day. And now you see ads for this drug, Detrol, for overactive bladders. It became a blockbuster.

As you say in the title of your book, it’s all a huge marketing machine. In Europe and Canada they pay less for drugs and take fewer.

The United States ranks 50th in life expectancy, according to the CIA. Today a 65-year-old Mexican man will live longer than a 65-year-old American man. How important are those international comparisons?

We are paying more in healthcare per person than any other country. In our economy, almost one out of every five dollars is spent on healthcare, and it continues to rise at a rate greater than inflation. You would think that with us spending so much, we would be at the top of the life expectancy ranking.

The implicit argument is that in addition to all the other problems, we are suffering from an excess dosage of drugs. This goes back to the marketing. What does the bulk of the marketing go into?

Most of the marketing dollars are spent on physicians. When the drug ads on television say, “Ask your doctor about this drug,” the drug companies have already been to your physician and made sure he or she was ready to prescribe it. A survey of physicians a couple years ago found that more than nine out of ten had recently taken some sort of gift or cash from the drug companies. And many doctors are taking hundreds of thousands of dollars a year from these drug companies, working as consultants and advisers.

That is one of the tragedies about this situation. The drug companies focus on maladies like depression and high cholesterol and anxiety–things that impact large portions of the American public. They are not interested in cures, because if you cure somebody of the disease they don’t take the drug for long periods of time.

And they are not interested in tropical diseases like malaria. People in Africa desperately need medicine, but the drug companies know Africans are too poor to pay for the medicines. They want to sell drugs to Americans.

In 1992, the law changed to allow the drug companies to pay large fees to the FDA so their drugs can be approved faster. Before 1992, the FDA had one customer and that was the public. Now the FDA has two customers: the public and the drug executives.

Is the system corrupt?

Some of these cases are incredibly outrageous. Like Vioxx, a pain reliever that 20 million Americas took before Merck took it off the market because it increased the risk of a heart attack and stroke. The FDA estimated that as many as 50,000 Americans may have died from that drug.

Are there lawyers out there fighting the big pharmaceutical companies?

Thousands of lawsuits have been filed against the drug companies. The federal government has collected billions of dollars from the industry to settle charges of illegal marketing. But the drug companies just raise their prices, so they can pay out half a billion dollars on lawsuits, and continue doing exactly what they have been doing. It’s an endless cycle. I think some of the top pharmaceutical executives should face criminal charges, so they would think twice about allowing these fraudulent practices.

There is the suggestion of simply banning the pharmaceutical companies from paying off doctors.

For example, executives at Warner-Lambert, which is now part of Pfizer, decided they wanted the doctors to prescribe the epilepsy drug Neurontin for attention deficit disorder, restless leg disorder, bipolar disorder. Just about anything that is related to the brain.

So what Pfizer did was invite doctors to dinner. The doctors were paid $500 to come to the dinners and listen to a speech by another physician who would talk about how, even though Neurontin was approved for epilepsy, they could also prescribe it for bipolar disorder. Neurontin was soon a billion-dollar drug, and 90 percent of the prescriptions were written for things other than epilepsy.

Do you know of another industrial country that does not negotiate with drug companies for better prices?

No, the United States is the only country in the world that allows the drug companies to charge whatever they want.

You write that there are two pharmaceutical lobbyists for every member of Congress. What are they doing on Capitol Hill?

The pharmaceutical industry fights against any measure that threatens its profits. Present law gives the drug companies a 20-year patent on each drug. During that time, they have a monopoly in the market. They can charge whatever they want for that drug. They have fought against any measure to allow more reasonable drug prices.

There was this deal reported, and denied, that they met with Mr. Obama and he agreed to help them.

Yes, the industry said they met with the president this past summer and that in this meeting the companies agreed to put $80 billion on the table. But the drug companies have been increasing prices like mad this year, so nobody is quite sure what this “$80 billion” really amounts to. In exchange for this $80 billion, the drug executives say that the president agreed not to change the law to allow Medicare to use its purchasing power to negotiate drug prices and also agreed not to allow drugs to come from Canada, which are much lower priced.

Just for comparison, the Veterans Administration does negotiate prices. And it gets a better deal than Medicare.

Yes, a much, much better deal. But with that off the table, the drug companies are set up once again. If this healthcare legislation passes they are going to get millions of new patients and continue to charge whatever they wish.

Where do you think healthcare reform is headed?

We need everyone to have access to healthcare. But there is nothing in these bills that would control costs. It’s not just the cost of drugs that is the problem, it is the cost of everything. There have been studies that show one-third to as much as one-half of the costs in our healthcare system are unwarranted. Not only are many of those drugs not needed, they have side effects that can make people sicker–but nothing in the proposed legislation makes our healthcare system less expensive or safer.

This exchange was adapted from a podcast interview on ElectricPolitics.com.

George Kenney, a former career U.S. foreign service officer, resigned in 1991 over U.S. policy toward the Yugoslav conflict. He is now a writer in Washington, and host and producer of the podcast Electric Politics.