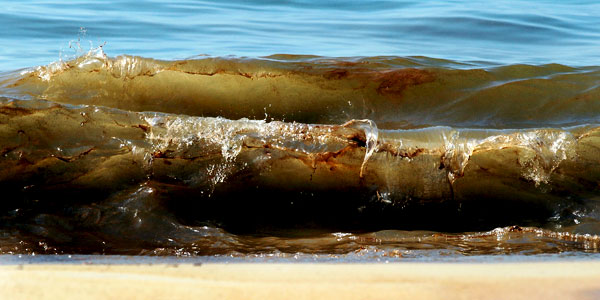 Globs of oil from the Deepwater Horizon oil spill in the Gulf of Mexico wash ashore on June 26, in Orange Beach, Ala.

Toxic chemicals helped the oil giant save face, but their health and environmental impacts are unknown

BP was slow to staunch the hemorrhage of oil from the Deepwater Horizon blowout, but it wasted no time applying vast quantities of the chemical dispersant Corexit. By mid-July, BP had released almost 2 million gallons of the chemical into the Gulf ecosystem.

BP and Corexit manufacturer Nalco claim the chemical reduced damage from the spill, and was as harmless as dish soap.

But dispersants do not lessen the amount of oil in the environment. Rather, they break oil into tiny drops that have different, but not necessarily fewer, toxic properties. After more than three months, the fundamental question lingers: Did Corexit do more harm than good?

Aside from questions about their safety and efficacy, dispersants have proven useful, critics charge. By breaking down the oil, Corexit has made it less visible, disguised the full environmental impact of the spill and helped BP limit its legal and financial liability.

In addition to surface application, BP injected 700,000 gallons of Corexit a mile deep at the blown-out well head. This untested experiment caused oil to become suspended in great plumes before it reached the surface, further obscuring the quantity of leaked oil. An added bonus for BP is that marine life killed by the plumes dies out-of-sight, sinking to the ocean floor rather than dying on camera in oil-coated misery.

Indeed, investigators now admit they don’t know where most of the 200 million-plus gallons of spilled oil has gone. But much of it, they assume, formed oil-plus-dispersant droplets that are being incorporated into sea life in unpredictable ways.

BP has used two dispersant formulations in the gulf–Corexit 9500 and 9527. The older formula, Corexit 9527–which contains 2-butoxy ethanol, a compound associated with headaches, vomiting and reproductive problems at high doses–is more toxic.

BP used “limited” quantities of the more dangerous formula to fill the gap until his company could ramp up production of the “improved” formula, Nalco spokesman Charlie Pajor told In These Times. But Pajor refused to quantify the amount applied.

In mid-May, Environmental Protection Agency head Lisa Jackson said she didn’t know for sure how much of each formulation was deployed, but she understood that use had been “roughly 50/50.” At that point, BP had applied at least 400,000 gallons of Corexit.

Despite decades of use, there is a paucity of good independent data on Corexit’s short- and long-term effects. But there is evidence that the interaction of dispersants with oil creates a toxic synergy worse than any of the ingredients alone.

A 1999 report on Corexit 9500 for the Alaska Department of Environmental Conservation Division of Spill Prevention and Response found that under some conditions: “Following dispersant use … the toxicity of the resulting oil residue (on an oil mass basis) may be increased.”

Concerned about toxicity, the United Kingdom has banned Corexit for offshore use in the North Sea.

The EPA response has been scattered. On May 13, facing charges that safer alternatives to Corexit were available, Jackson said BP was free to pick among any of the 18 agency-approved dispersants. Then in a May 20 directive, the EPA announced it “requires BP to identify a less toxic alternative.”

The company balked, and the EPA caved. The agency admitted it could not readily find a safer alternative since data in the National Contingency Plan Product Schedule was provided by the companies themselves, and had been criticized as unreliable.

The EPA was reluctant to challenge BP. “If you’re going to tie our hands, then we don’t own this spill,” BP Vice President David Rainey warned.

In a corner, Jackson told BP to “establish an overall goal of reducing dispersant application by 75 percent from the maximum daily amount.” That wording allowed BP to use the day of highest dispersal–70,000 gallons–as the benchmark. Jackson was then able to accurately (but misleadingly) claim that BP had reduced dispersant use by 68 percent. In fact, the average daily use had only gone down slightly, from 24,700 gallons before the directive to 22,600 after it.

“[Dispersants] make the oil more soluble in water, so it won’t just sit on the surface,” Jackie Savitz, senior scientist with Oceana told CNN. “Whether that’s good or bad depends on whether you’re a fish or a seabird.”

Or a BP executive trying to mitigate fines and payouts based on the quantity spilled and the damage done.

“The bottom line,” says Hugh Kaufman, an engineer in the field of hazardous waste and emergency response who has worked at the EPA for four decades, “is that the EPA and government reaction documents the fact that dispersants were used to protect the economic health of BP at the expense of the environmental health of the Gulf.”