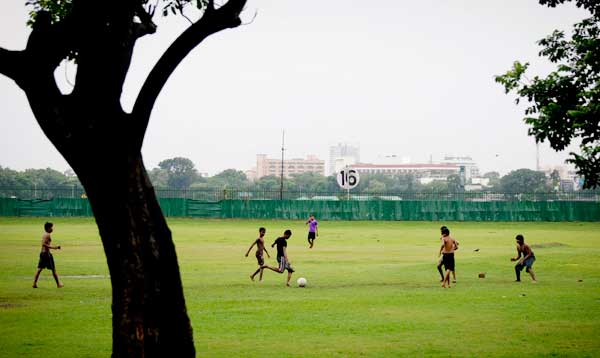 The ‘poor man’s Ralph Nader’ tries to turn a green movement into a mass movement.

CALCUTTA–Subhas Dutta does not look like the man busy fathering the Green Party of India. Balding, with a pencil thin mustache, the legendary green activist looks more like an accountant, which he was trained to be.

Dutta is best known in West Bengal for beating environmental polluters in court. In 2008, the Calcutta High Court ruled in favor of his petition to permanently remove the city’s most toxic vehicles, those more than 15 years old, from the roads. Two-thirds of Calcutta’s air pollution is caused by its 1.2 million vehicles, according to Jayanta Basu of Calcutta’s Telegraph newspaper.

Sometimes called “the poor man’s Ralph Nader,” Dutta also fought the CPIM, along with the Publishers & Booksellers Guild, to stop holding the city’s annual book fair on the Maidan, the largest of Calcutta’s few green spaces. “The Maidan is Calcutta’s lungs. [It] comprises sixty percent of the green cover of the city,” Dutta says during an interview in the massive park, with which he is twinned in the minds of Calcuttans.

Every year the grass was torn up and smothered in garbage by more than 1.5 million people attending the week-long book fair. “It was an assault on the most precious green space the people of Calcutta have,” Dutta says. In January 2008, the Calcutta High Court upheld his petition and the fair was relocated to the eastern reaches of the city. (These victories were made possible because Dutta successfully petitioned India’s Supreme Court in 1996 to set up a Green Bench in Calcutta’s High Court to hear environmental cases; it was the first such bench in India.)

Ecologically imperiled West Bengal has become more environmentally friendly in other ways. (Calcutta oceanographer Sugata Hazra predicts that the pristine Sunderbans mangrove swamps, a UNESCO World Heritage site, will lose 15 percent of their area by 2020 due to global warming.) “The communist government made West Bengal the first state in India to appoint a Minister of Environment,” Basu says. “And the Bengali media has lent strong support to Dutta, especially for his court cases. It has helped him build credibility.”

In a world where citizens feel increasingly powerlessness, Dutta is living proof that one person can effect significantly change. Now he’s trying to change not just Calcutta, but India’s political landscape, by building a Green Party. “The environmental issue is the issue of today. The political parties, all of them, have let us down,” he says. “We want to be part of the decision-making process on the state and national levels. The struggle for the environment has to be fought politically.”

Growing up in the poverty of Calcutta has left him with few illusions about how the world works. The money needed to get a Green Party off the ground and finance election campaigns (State assembly elections are slated for this spring) has proven hard to raise, because corporations won’t give him money.

Dutta points sadly to the gray haze enclosing the iconic Victoria Memorial, which resembles an immense, uneaten wedding cake left over from the British Raj. Can he actually see himself accomplishing more as a lone Green in India’s parliament than by assaulting a more malleable judiciary with his petitions? Dutta can. The chartered accountant is a believer, like Gandhi, in political miracles. “The Green movement can be a mass movement in India,” he explains. “The future of India is tied up with the future of India’s environment.”

Robert Hirschfield is a New York-based writer who covers Israeli and Palestinian peace activists. He has written for The Progressive, The National Catholic Reporter and Sojourners.