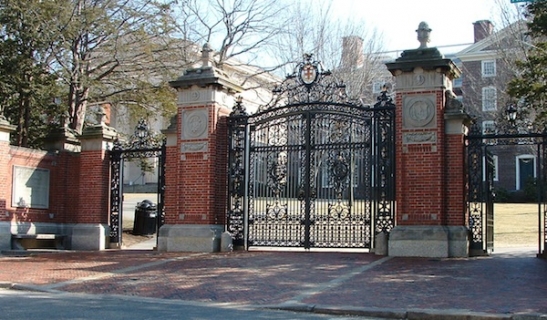 Brown University's campus is about as liberal a venue as it gets.

Last week, Brown students shouted down outgoing Police Commissioner Ray Kelly to oppose the racist stop-and-frisk policing that defined Kelly’s term in office. Since the university would not cancel Kelly’s talk, despite a student petition urging the school to disinvite him, the activists “decided to cancel it for them," according to organizer Jenny Li.

I was disappointed to hear about the shout-down, not because I have any sympathy for Kelly and his racist policing, but because I was dismayed to see such a dumb tactic used in an attempt to further the worthy cause of discrediting stop-and-frisk. College activists are perennially tempted to shout down campus speakers, and I’ve never seen it work.

Nobody's going to be persuaded that Ray Kelly is bad because some strangers shouted him down. It's also a total derail of your own agenda because whatever you were protesting is going to get overshadowed by a debate over free speech, even among people who agree with you on the issue.

If you want to protest a speaker, get your people in line to ask pointed questions, leaflet outside the theater, wear t-shirts with provocative slogans and dare security to kick you out, film the speech and mine the footage for snarky YouTube videos … Anything's better than shouting the speaker down.

The Brown Daily Herald polled 863 undergraduates and found that while 78 percent of Brown students oppose stop-and-frisk, only 13 percent approved of shutting down Kelly’s lecture. This was a receptive audience for stop-and-frisk protests: 71 percent of students said they “agreed with” the petition drive to get Kelly’s lecture cancelled, and 78 percent agreed with protesting the talk outside the auditorium.

Polls can’t tell us whether the shout-down was right or wrong, but they say a lot about whether it’s likely to be effective. You couldn’t ask for a more sympathetic audience for an anti- stop-and-frisk message than Brown University. If only 13 percent of undergrads at the very liberal school condone the tactic, imagine how badly it’s going to play in the larger community. Kelly’s talk could have been an opportunity to inspire fellow Brown students to take up the stop-and-frisk cause. Instead, the tactic proved divisive even in a community that overwhelmingly supported the substance of the protest. In light of the polling data, the shout-down looks like a missed opportunity.