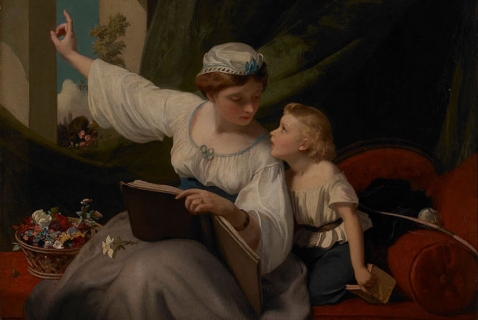 Here’s one final New Year’s resolution: let’s stop lying to each other.

We live in a bubble of myths. They scramble our brains. They make it difficult for us to see the forest, rather than just individual trees; especially when the most powerful forces within our system whisper those myths incessantly in our ears.

While it’s certainly easier to blame the latest president for our state of affairs, the reality is much more troubling—that we have a system of law and government which poses as a working democracy while guaranteeing the destruction of the planet. In other words, it’s the hardware, not the software. It’s a faulty system.

Here’s what we believe:

As they say, denial ain’t just a river in Egypt.

Let’s start with our planet, the planet Earth. Almost all major ecosystems are in various throes of decline; climate change-caused catastrophes have now become the norm; and our very own life support systems are all under siege.

We are rapidly turning the planet into one giant Superfund site, and we show no signs of putting on the brakes.

Yet with one unified voice, democrats and republicans alike call for more economic growth, even though more “growth” means more destruction of the planet. Smart growth, green growth, sustainable growth—it doesn’t matter what you call it; it’s all about the belief that we can continue to consume without causing more damage to the planet.

The only thing that believes in endless growth, other than our politicians, is a cancer cell. And we all know what eventually happens to the host.

Then there’s the belief that we live in a democracy. Democracy literally means that the people govern themselves. In a democratic republic, people elect other people who are then supposed to govern in the interest of those who elected them. You know, “of the people, by the people, for the people” and all that jazz.

In our “federal” system, the federal government reigns supreme—that means that laws passed by Congress legally override laws adopted by any state or municipal government. Given that supremacy, the ability of people to elect people who will govern in the public interest would seem to be the determiner of whether we have a democracy.

Want to get elected to Congress? Just reach into your pocket and pull out the $2 million average cost to be competitive; or the $5 million it takes to be competitive for a Senate race. For the House, that means raising $2,700 a day—and that’s after you decide to sell your soul to one of the major parties to have a shot at moving to Washington.

Elizabeth Warren raised over $42 million to win her seat. That means raising over $19,000 a day for six years!

Couple this with the Citizens United decision by the U.S. Supreme Court (and the multitude of cases that came before it, recognizing constitutional “rights” for corporations), in which the Court guaranteed that corporations can dump unlimited amounts of cash into races for candidates that they prefer, and it’s no surprise that both parties scout for millionaire candidates that can self-finance campaigns. Either way, the parties are completely dependent on those with the financial ability to support their candidates.

How does an average, ordinary person, who knows what it’s like to miss a mortgage payment or an electric bill, run for office?

They don’t. Which means that the people elected at the federal level have no clue what it’s like to be the other 99 percent, and their decisions are guaranteed to be out of whack with the average American. And yes, occasionally a Paul Wellstone sneaks through, but that doesn’t change the underlying calculus: One salmon breaking through ain’t enough to spawn.

People will perfect sign-making, marching routes, letters to the editor, and rally agendas targeting one single issue like removing funding from a government agency or shrinking national monuments, but many seem incapable of moving from defense to offense. I call it the “protest culture”— one in which we define our activism almost entirely by what we’re against.

It shouldn’t be a surprise, however, that we’re stuck in this mode because we’re so used to not having power that we’ve done the best we can to leverage whatever obstructive power we have left.

What would it look like if corporations were on the permanent defense? What if corporate executives were forced to make signs and march down the street in response to a bill or governmental decision? What if the owners of the largest corporations in this country were relegated to “free speech zones” at international trade conferences?

What do we have to do to make that happen? How do we create a system of law and government that isn’t placed in service to the wealthiest players in that system? Shouldn’t that be the question that we ask, rather than the color of the marker that we should use on our latest protest sign?

We may not know what else to do. But it’s time we learn if we are going to survive on this planet.

This belief that we live in a democracy is most clearly tested when we come face-to-face with threats to our own communities.

Let’s actually face it. Even our own towns, cities, counties, villages—you name them—are utterly overwhelmed when a big corporation squeezes into town. Not only are they mismatched in resources against a new corporate hog farm project, or toxic waste incinerator, but they find themselves on the wrong end of the law.

Because corporations have constitutional “rights,” if a community makes a decision to stop a bad project that has been permitted by the state or federal government, a corporation has the ability to sue the community to force its project into the town.

There’s no self-government at work here. Our communities aren’t even recognized by our own constitution, and courts have gone so far as to say that our towns, cities, counties, and villages only have the powers that the state legislature has deemed to give them. That means that we are all rightless within our own communities, and that corporations automatically have more rights than the people who live in these places.

In some ways, because we all continue to reinforce these myths about how our country works, we’re just as guilty as those who benefit directly from the way the system works.

That means that the well-meaning organizations that work to “tweak” the system may well be more of a problem than the corporations operating within it. “If only this were changed, or that,” they say, “Everything would be okay.”

I, for one, have stopped telling that fairy tale to people. Perhaps if enough of us stop telling it to each other, we can begin the hard work of building a new operating system—from scratch.

(“One Final New Year’s Resolution for 2018” was first posted on the Community Environmental Legal Defense Fund’s (CELDF) website and is reposted on Rural America In These Times with permission. CELDF has partnered with nearly 200 communities across the country, “spearheading a movement to establish rights for people and nature over the system that control them.” For more information, click here.)