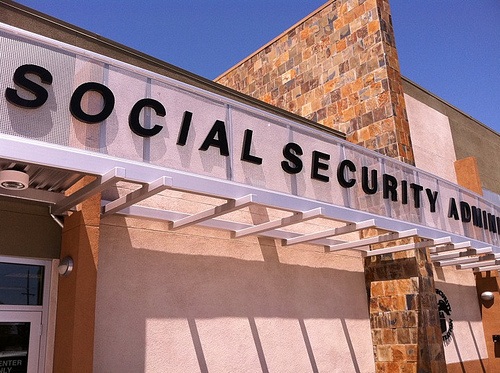 Social Security downsizing is full steam ahead on Capitol Hill even though a new study shows that a majority of Americans want the opposite.   (Ilvadel / Flickr / Creative Commons)

In order to deliver the pound of flesh demanded by Republicans to resolve the sequestration impasse, President Obama is moving to concede to a “chained CPI” (Consumer Price Index) for Social Security that would impose painful new costs on the elderly and other vulnerable groups.

The “chained CPI” would establish a new means of measuring inflation, “slowing down annual increases in Social Security and other benefits—including those for veterans, the disabled, and low-income children and their families—as well as income tax brackets,” wrote Nicole Woo of the Center for Economic and Policy Research.

Obama would be folding on a central issue of income security despite holding a handful of aces, as evidenced by a recent survey that shows overwhelming public support—across the political spectrum—for exempting Social Security from the budget-cutting games of Washington insiders.

These critically important findings are contained in the report “Strengthening Social Security: What do Americans Want?” compiled by the National Academy of Social Insurance (NASI). “The American people, contrary to popular belief, are overwhelmingly willing to pay more for Social Security, and that includes every age and income group, across party lines, and even Tea Partiers,” observes Monique Morrissey, an Economic Policy Institute economist specializing in retirement security issues.

“There is a lot of support for increasing benefits,” Morrissey told Working In These Times, noting that the report found 84 percent of respondents believe that benefits are not high enough, and 75 percent support higher benefits—a finding that runs directly counter to the push for lower benefits promoted by long-time austerity champion billionaire Pete Peterson and the corporate-led Fix the Debt coalition.

This desire for higher benefits is coupled, significantly, with a willingness to pay more for them. NASI found that “Fully 74% of Republicans and 88% of Democrats agree that ‘it is critical to preserve Social Security even if it means increasing Social Security taxes paid by working Americans.’”

When presented with specific proposals, 69 percent of all respondents favored a gradual one percent increase in the Social Security tax paid by workers and employers (from 6.2 percent to 7.2 percent over twenty years), and 68 percent favored eliminating the cap on taxable income over a ten year period.

The cap, set at $113,700 for 2013, includes only wage income and exempts income from capital gains and dividends. Revenue from lifting the cap would serve to nearly wipe out projected shortfalls for Social Security, according to economist John Miller:

Lifting the cap on Social Security taxes would raise a significant amount of revenue: $1.3 trillion dollars over ten years according to the libertarian Cato Institute, and $124 billion a year according to the left-of-center Citizens for Tax Justice. Long term, lifting the payroll tax cap would just about cover the shortfall Social Security will face if economic growth slows to a snail's pace in the decades ahead, as forecast by the Social Security Administration…. According to Stephen Goss, the SSA's chief actuary, lifting the cap while giving commensurate benefit hikes to high-income taxpayers once they retire would cover 93 percent of the SSA's projected shortfall in Social Security revenues over the next 75 years.

Morrissey was especially pleased by the broad support for increasing Social Security benefits at a time when older workers are facing heightened anxieties as they contemplate retirement. Traditional—and dependable—defined benefit-pensions plans have been disappearing, largely supplanted by much shakier 401K accounts, with workers now assuming all the risk of their investments individually.

While monthly benefits are modest—an average of $1,261 as of December 2012—they are the main source of income for most seniors. A third of elderly beneficiaries rely on Social Security for almost all (90% or more) of their income; two-thirds count on it for more than half of their income. The program also provides life insurance and disability income protection to workers and their families. Social Security keeps more than 21 million Americans out of poverty—including 1 million children, 6 million adults under age 65, and 14 million seniors.

The drive to begin the dismantling of Social Security—through measures like raising the retirement age to 70 and substituting the chained-CPI for raising benefits—has been led by Republicans like House Majority Leader John Boehner (although he has been backing off a bit lately) and the corporate coalition Fix the Debt, with Goldman Sachs CEO Lloyd Blankfein playing a leading role as a spokesman and member of its “CEO Council.”

Blankfein has argued that Social Security must be fundamentally transformed, because it was not designed for today’s demographic realities:

Blankfein’s assertions—seeking a shift in government policy to “lower people’s expectations”—have provoked a ferocious counter-attack from progressives. Advocates for a stronger Social Security system have charged that his proposals that are oblivious to the class-based reality that the more affluent half of Americans live six years longer on average than poorer  citizens, who thus stand to receive Social Security benefits for far shorter lifespans than those with more privilege.

And while the president is working to sell Democrats in Congress on the chained CPI—which would lower the annual Cost of Living Adjustment (COLA)—the NASI report found that in fact, a majority of Americans—64 percent—support "increas[ing] the COLA  to more fully protect seniors against inflation."

The NASI poll revealed a level of support for Social Security that “you don’t see in the newspapers every day,” as EPI’s Morrissey put it. Going forward, as labor and its allies push back against those arguing for cuts to the program, they can do so with the knowledge that they have the will of the people behind them.