Will Illinois ‘Ban the Box?’ 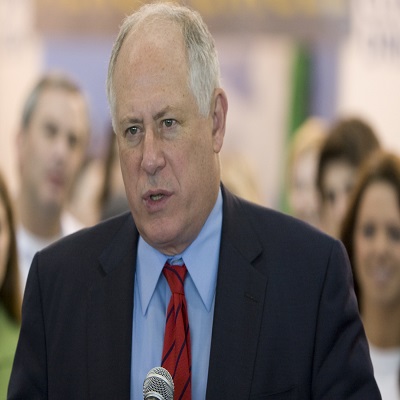 'Ban the Box' supporters argue that if Pat Quinn delivers on his promise, those with criminal records will have a much-needed better shot at employment.   (Chris Eaves / Flickr / Creative Commons)

Illinois Gov. Pat Quinn, a Democrat, has promised to issue an administrative order within the next two weeks “banning the box” on applications for state government jobs. Applicants with criminal histories will no longer have to check a box disclosing that they have been convicted of, or pled guilty to, a crime.

The announcement is a victory for the Worker’s Center for Racial Justice, which organized hundreds of ex-offenders to send postcards to Quinn’s office asking for ban the box legislation. The center was founded in 2012 as the first labor center in Chicago to focus on African Americans and made “banning the box” the centerpiece of its first-year efforts.

DeAngelo Bester, co-founder of the labor center, says that Quinn’s order will keep job applicants with criminal backgrounds from being discredited for state jobs right off the bat. Now, he says, they will have “the opportunity go in front of an employer and make their case.”

According to the National Employment Law Project, one in four work-eligible adults—a total of 65 million people—has some type of criminal record. Many of these people have their job applications thrown away or at least discredited: In 2012, more than two-thirds of employers run criminal background checks on applicants, according to a Society of Human Resources Management survey.

The problem specifically impacts African Americans who have almost six times the incarceration rate of their white counterparts. At a community forum hosted by the Worker’s Center for Racial Justice at the Louis Farrakhan-owned Salaam restaurant in Chicago’s Auburn Gresham neighborhood, several black men described their struggles to find a job after a brush with the law.

“I went to jail for a year-and-a-half,” said George Smith, who said he was a 51 year-old who recently became a certified drug counselor after starting his professional life as a teacher. “When I came out, I couldn’t teach anymore, couldn’t get another job and couldn’t get financial aid.”

Quinn’s order makes Illinois part of a national trend. In recent years, armed with the catchy “Ban the Box” motto, advocates for the formerly incarcerated have persuaded states, counties and cities across the U.S. to remove the criminal-history question from their applications to the National Employment Law Project, 10 states have enacted some type of Ban the Box initiative, and eight of those did so within the past four years. All these initiatives prohibited criminal-background checks in public-sector job searches, and four also included private employers.

Chima Enyia, Quinn’s deputy chief operating officer, announced the news about the administrative order at the Worker’s Center community forum. Following testimony from ex-offenders, Enyia jumped to the stage and told the audience that Quinn would soon ensure that government agencies in Illinois can’t “ask about any type of criminal convictions unless they are directly applicable to the job—and that’s after your interview.”

Enyia warned, however, that without state “Ban the Box” legislation, the next governor could rescind the administrative order. Quinn is up for re-election next year and faces a primary challenge from Bill Daley, the former White House Chief of Staff and brother of erstwhile Chicago Mayor Richard Daley.

The Worker’s Center for Racial Justice has already begun a legislative push to ban the box as part of its campaign. State Rep. LaShawn Ford (D-Chicago) has sponsored a bill and a coterie of Chicago lawmakers including State Sen. Christian Mitchell, a Democrat, have agreed to work with both the governor and worker’s center on legislation.

And Quinn is taking a wait-and-see approach on legislation for non-government employers. “The state is taking the lead, so we expect there will be some follow-up in the private sector” Enyia said, with those employers also banning the box, either through legislation or public pressure.

There are several reasons why Ban the Box laws have been recently galvanized nationwide.

According to Michelle Rodriguez, staff attorney for the National Employment Law Project, there is a backlash to “records coming up more easily” thanks to new technology and policies instituted since 9/11. Automatic criminal background checks now effectively disqualify a larger pool of workers. Rodriguez, who is based in Oakland, gave the example of a longtime public sector worker who came to her organization because a criminal incident from 40 years ago recently showed up on a background check for the first time.

Ban the Box advocates have also been able to produce evidence that banning automatic criminal background checks saves costs for human resource officers. Jody Pollack, a labor relations analyst in California’s Alameda County, testified to the California state legislature last year that such a law in Alameda County “has actually been a much more effective use of County resources” as it reduced the cost and time screening the criminal histories of applicants. And a study last year by the city of Minneapolis found that its law banning automatic criminal background checks “has decreased the amount of transactional work for staff.”

The weightiest argument, of course, is that those with criminal records deserve a better shot at employment. Making it easier for them get jobs could theoretically reduce both rates of recidivism and unemployment. However, there’s not concrete evidence that Ban the Box will achieve these goals. “People aren’t doing research on it,” Rodriguez says.

In Chicago, for example, no one has researched whether more ex-offenders have gotten city jobs since a 2006 city law barred the city and its contractors from inquiring about criminal history before making a conditional offer of employment. To the contrary, from his experience helping ex-offenders find employment, Bester of the Worker’s Center estimates that while the Chicago law “is beneficial for some folks, it’s a small number.” He says many ex-offenders search for work at employment centers outside the city limits, believing there are more readily available low-wage jobs in suburbs. Calls and e-mails to the city of Chicago for this story were not returned.

Bester still believes in Ban the Box, saying that it “removes one of many barriers” ex-offenders face. They still have to clear the hurdles of the interview and the job offer, where criminal backgrounds can still be exposed, and more broadly, many also lack the resources or legal access to financial aid for proper educational training.

The state has taken partial steps to address some of these other barriers: Quinn signed laws on Sunday that increases the tax credit for employers who hire ex-offenders and to broaden the number of convictions that can be expunged from someone’s criminal record.

As we wait for the results to come in about the effects of about the new Ban the Box laws, NELP’s Rodriguez thinks there’s no reason not to go ahead with them. It’s “a no-brainer policy change,” he says, that “can really impact people’s sense of hope.”

Read more about 'Ban the Box' in the September 2013 issue of In These Times, on newsstands now.