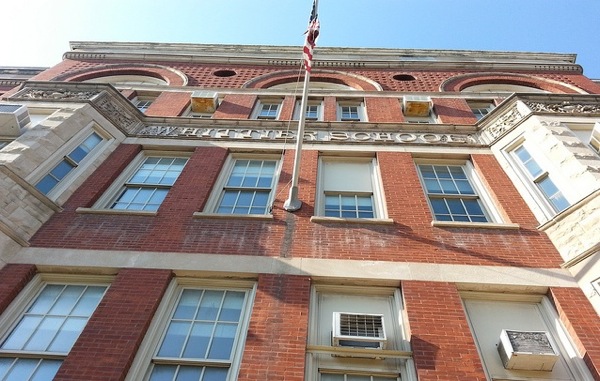 In pushing through the closures of 50 neighborhood Chicago schools this summer over the vociferous objections of the teachers union and community groups, Mayor Rahm Emanuel and his handpicked school board argued that the shutdowns would make up for budget shortages and direct more resources to other neighborhood schools.

But a week into the school year, the remaining schools appear to be receiving no immediate financial benefits from the closings.

The school year started on Monday for all 403,000 Chicago Public Schools students. Media coverage has largely focused on the “safe passage” routes that the district drew up to help the 12,500 students affected by the closings walk to their new schools. The closings prompted widespread concern that displaced students would have to cross gang lines to arrive at their new classrooms, exposing them to violence. But after five school days, there have been no reported violent incidents involving students traveling to their new schools.

Chicago Teachers Union Vice-President Jesse Sharkey says that, after the first few days of class, he is most worried about budget cuts, not safe passage.

“The question of whether the kid can walk safely for the several blocks to the new environment is the most basic of questions,” Sharkey says. The CTU has long argued that cuts to “wraparound” services such as counseling will broadly harm student’s safety and well-being.

“We laid off 50 counselors,” Sharkey says. “Counselors are sort of the early warning in the prevention system. They’re the ones who talk to the kids about conflict before they become fights.”

Although the Chicago Board of Education did not officially approve the $5.6 billion budget for the 2013-14 school year proposed by Emanuel and CPS Chief Executive Officer Barbara Byrd-Bennett until this Wednesday, most of the budget’s $185 million in cuts to neighborhood schools had already gone into effect when doors opened on Monday. These included some 1,500 cuts in teaching positions and another 1,500 staff layoffs, as well as the 50 school closings.

Some beginning-of-the-year benefits to the remaining schools have been reported, such as upgraded air conditioning (long a demand of the CTU), new libraries and computer labs, and the introduction of full-day kindergarten at all elementary schools. But with district-wide student enrollment holding steady this year while teaching positions declined, some class sizes have swelled, says Sharkey. Parents have called him to complain about kindergarten classes with more than 30 students, he says.

Cuts to neighborhood schools come amid greater investment in mostly non-union charter schools, despite research showing mixed results at Illinois charter schools. Charters are expected to receive about an $80 million, or 17 percent, bump in funding this year, according to a report by the Chicago-based Center for Tax and Budget Accountability.

Many schools are turning to private fundraisers to pay for arts programs. Amy Rosenwasser, a 5th grade teacher at Pritzker Elementary in the city’s Wicker Park neighborhood, said that her school is leaning on neighborhood fundraisers and renting the school’s auditorium to local churches in order to make up for budget cuts.

Deborah Koller, the parent of a child at Burley Elementary in the Lakeview neighborhood, testified about her school’s budget troubles before the Board of Education on Wednesday. “We’re paying higher than ever school fees and continually having to fundraise … just to continue basic programs like art, music, gym and drama,” Koller told board members during the meeting’s public comments period.

Wendy Katten of Raise Your Hands asserts that the budget situation is perhaps most dire at schools in poorer communities like Austin on Chicago’s far West Side, where there are less private fundraising options. “I’m hearing everyday from parents in McNair elementary in Austin,” Katten says. “They cut library and languages and have no music.”

The bigger question raised by groups like Access Living, as well as more politically centrist organizations like the Chicago Civic Federation, is if CPS will ever develop a long-term plan to finance the nation’s third-largest school system. Over the last few months, in selling the budget to the public, Emanuel and his appointed school officials have repeatedly argued that CPS is in the throes of a budget crisis. The crisis is due to escalating teacher pension payments, Emanuel and CPS officials say, and the problem can only be solved through state legislation cutting teacher retirement benefits.

But any blockbuster state legislation cutting pension benefits would result in an almost certain lawsuit from CTU, and probably every other public sector union in Illinois. The state constitution expressly prohibits the reduction of contractually obligated pension payments.

Going forward, there are revenue generation options that Emanuel and CTU could conceivably work together on, including more progressive state taxation, lifting the cap on Chicago property taxes, and lobbying for more general state education funding. “I hope they could do that—I would stand with them to advocate for education funding,” Katten say. “But I worry that the relationship between the mayor and CTU … is just too toxic.”