Pharmacist: ‘I Always Tell My Children That I Took the Practical Route’ 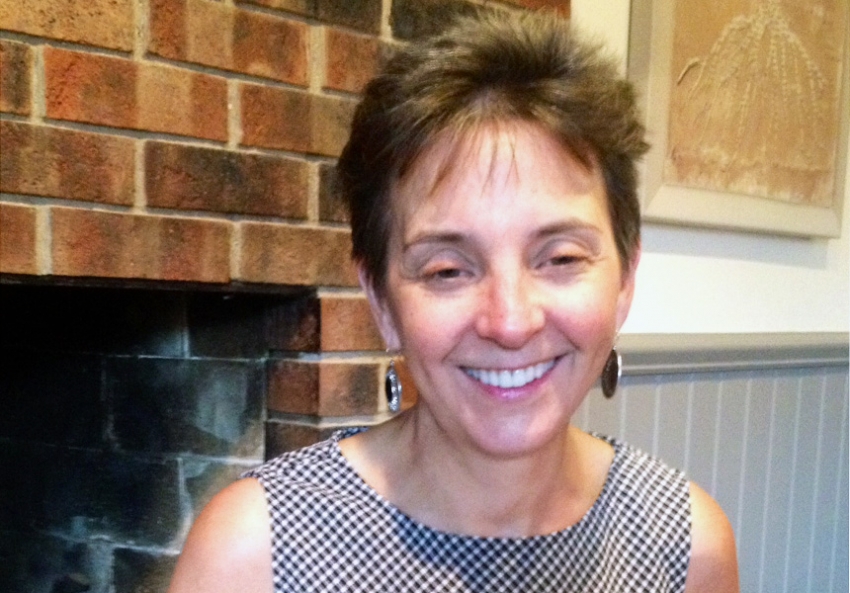 Though Lisa Vogel admits that pharmacy isn't her passion, she says she doesn't have any regrets about her career path. (Courtesy Lisa Vogel)

Nino Guidici, a pharmacist who worked in a rapidly gentrifying neighborhood, told Terkel in Working that although he could have retired years before his interview, he would have missed his regular interactions with the customers who depended on him to dispense their acne medication, mix up an ointment or, once, patch up an artery-damaging knife wound. “I’m not saying I love people, but you miss ‘em,” he said to Terkel—and the comfortable salary didn’t hurt, either.

Lisa Vogel of Naperville, Illinois has been a pharmacist for more than 30 years; she currently works at Thorek Memorial Hospital in Chicago’s Lakeview neighborhood. After going to college in Nebraska, Vogel returned to her home state of Illinois, where she opened a pharmacy with her father, also a pharmacist, in Peoria. After co-running the family business for six years, Vogel moved with her husband to the Chicago area. Since then, she’s held down several pharmacy jobs and raised five children; like Guidici, she enjoys the relative financial stability of the profession.

In These Times spoke with Vogel at a coffee shop in Chicago. She’d just finished an eight-hour shift, at which she’d filled almost 100 prescriptions.

That number is on the low side. Thorek is a small hospital. At Loyola University hospital, for example, you could have hundreds to fill in a day.

I work for a staffing agency. So I take assignments to fill in staffing gaps at various places. Right now, I’m doing that in a hospital. And I’m working in other settings as well, such as “home infusion” where people who get out of the hospital still need IVs, but they aren’t sick enough to stay in the hospital. There are a lot of different areas where people need medications other than just going to Walgreens.

Is it typical for pharmacists to get work from a staffing agency?

No, I would say it’s atypical. But the reason it works for me and the reason I like doing it is the flexibility it gives me with my family. So I can work whatever hours I choose to.

I’ve been working at Thorek since February; it’s a month-to-month arrangement. Today, I was staffing the in-patient pharmacy at the hospital. The traditional role of a hospital pharmacist is filling physician orders for the patient in the hospital. Essentially, it’s getting the drug from the pharmacy to the patient on the doctor’s orders.

I also, of course, answer any phone calls from nurses with any drug-related questions. But my ultimate responsibility is to make sure each patient has the drugs that they are being prescribed by their physicians while they’re in the hospital.

Why did you become a pharmacist?

My dad was a pharmacist. He had a pharmacy in a doctor’s clinic in the small Illinois town we grew up in. I had three sisters, and we all started working for him when we were 15.

But it was actually a woman that my Dad had working for him that inspired me to get into pharmacy. His store hours were like 9 a.m. to 8 p.m. in those early days, in the early '70s. He had this young, female pharmacist come in and do the 6 to 8 p.m. shift. She had little kids, and her husband was a pharmacist and he worked in the hospital across the street.

And I just thought she had a good life. That was the life I wanted. She was a professional. She was making pretty good money. She was working part-time, and had her kids at home—and I had known for as long as I can remember that I wanted to have a family.

Studs Terkel’s interview with pharmacist Nino Guidici in Working partially focuses on patient interactions. Do you talk with patients much?

When I got out of school I was doing pretty much what Studs Terkel describes. They’d bring the prescription to me and I’d fill it up, answer any questions, and actually see the patient.

I liked working with people, I did. So I was going to do retail because I liked dealing with people. When we were still in Peoria, I was doing pretty much retail. But by that time all the independent pharmacies were starting to get bought up by the big chains. It’s just not as easy to connect with people because they’re usually angry or they’re sick and angry. It got to be where it just wasn’t fun anymore.

Is it frustrating to not have patient interactions?

It’s okay with me. I just remind myself I’m helping people in a different way. And retail is such a frenetic pace now, with the chain pharmacies. Like, I was the only pharmacist doing a 14-hour shift at CVS about three years ago, and it was just awful. It was a frenetic pace, almost like a factory-type mentality just getting that stuff out. You didn’t even have time to put a thought into it. You’re just pretty much just spitting the prescriptions out.

I do because I appreciate what it’s given me in my life. I never feel like I’ve completely learned everything, and I love that because I like to learn.

If I start feeling frustrated, I just remind myself that pharmacy gave me everything I expected out of it. The reason I went into pharmacy was so that I could have a family and still have something challenging and interesting to do as a profession.

I always tell my children that I took the practical route. When I got out of school, I knew what kind of job I was going to have.

There are times when I wonder what it would have been like if I had done what I loved to do. I mean I don’t have a passion for pharmacy in that way. Writing and reading is my passion. My dream job would be like an editor of a magazine or a book editor.

But I still don’t have any regrets. Once I got this idea, I was going to make it happen. And that’s one thing, I tell my kids. To me, I’m living proof that if you just set your mind to something and you work hard enough, you can do it. I just wasn’t going to take ‘No’ for an answer.