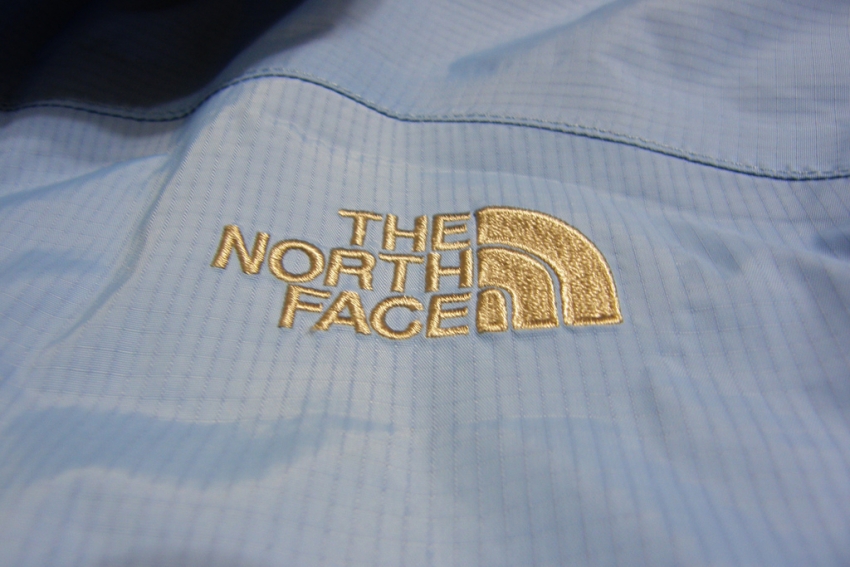 The factory makes fleece for companies like the North Face and Patagonia.

When Saudia Durrant approached the manager at an REI store in Manhattan earlier this month to explain that Polartec, the company that makes much of the fabric that REI uses in their products, was closing their flagship production facility in Lawrence, Massachusetts, the manager listened attentively.

“I let her know that we’re there to represent the Polartec workers [in Lawrence] who are organizing to put pressure on Polartec to have a conversation about keeping Polartec in Lawrence, Massachusetts,” Durant told In These Times.

Durrant, who works for UNITE HERE in New York, was one of over 100 union members, including a number of workers from the Lawrence plant, who approached management at REI stores in 21 cities across the country last Wednesday to draw attention to the closing of the historic textile mill.

Durrant says the union targeted REI because many of their products contain Polartec fabrics, and they have a “reputation for being super progressive.” “They care a lot about their employees and implement a lot of programs geared toward their employees. They also have a responsibility in looking out for Polartec workers.”

Polartec, best known for inventing polar fleece, provides materials for companies like Patagonia, The North Face and LL Bean, as well as the U.S. military. The company has operated the factory since 1906. Once a thriving factory town, Lawrence has seen numerous factories close in the last few decades as domestic manufacturing has left in search of cheaper labor markets in the South and overseas. The town has a vibrant history of labor militancy: In 1912, during the “Bread and Roses Strike,” tens of thousands of workers, who spoke over 20 different languages and worked at nearly every textile mill in Lawrence, successfully struck to protest management’s response to local laws that sought to reduce the number of hours they were able to work.

The closing of the Polartec factory comes as a surprise to the 350 workers at the mill, who are represented by UNITE HERE’s Local 311. Many of the workers have been at Polartec for decades. They say that business—in spite of what management has suggested—seems to be going well.

In a statement provided to In These Times, Polartec claims that at its busiest, it was only ever able to use 25 percent of the Lawrence facility. “The intended change in Polartec's manufacturing is the result of global marketing pressures, customer needs, and an overlarge facility in Lawrence that cannot be made to support Polartec’s production needs.”

The workers, on the other hand, claim to be busy at work, struggling at times to keep up with their workloads.

Until recently, workers say their relationship with management was good. Aaron Feuerstein, who owned Malden Mills (the company that was later renamed Polartec) until 2007, treated his workers fairly and valued them highly, they say. For the owner of a successful company, he has led a relatively modest life. He owned a five-room condominium where he lived with his wife while he ran Malden Mills. He now lives with two of his grandchildren, fulfilling a promise he made to his wife before she died in 2013 that he wouldn’t ever live alone.

In late 1995, when the mill burned down in a factory fire, Feuerstein rather than taking  his $300 million insurance payout and retire, he would rebuild the factory. He kept all of his employees on payroll for 60 days and gave them Christmas bonuses. Rather than follow the textile industry out of Lawrence, Feuerstein kept a historic textile mill running.

Tony Melo, who has worked at Polartec for 31 years, tells In These Times, “A lot of people volunteered to go there and help clean the ashes and move things out of the way, …  ‘cause we wanted to get this place going again.” Of Feuerstein, he said, “I don’t think there’s no more people with a heart like that.”

Unfortunately, Malden Mills was never able to fully recover from the fire. Saddled with debt that it was ultimately unable to pay off, Feuerstein sold the company out of bankruptcy in 2007 to Versa Capital Management, a venture capital firm specializing in “restructurings and turnaround” and “reorganizations and liquidations.” They changed the name of the company from Malden Mills to Polartec in an attempt to spruce up the company’s image.

In 2012, Versa thought it had successfully revitalized the company. They put out a promotional video, likely as part of an attempt to sell Polartec. (Since they acquired Polartec, they’ve tried to sell the company twice, both times unsuccessfully.) They claimed to have breathed “new life into Polartec,” resulting in “a transformation that saved jobs and a town.”

Versa and Polartec are now looking to close the company’s flagship production facility and move to a markedly smaller facility in Tennessee, a right-to-work state. (Massachusetts is not.) In a letter to employees dated January 13, Polartec CEO Gary Smith wrote, “We’ve made our fabric in a location too far removed from where our customers actually consume it, and in a mill that was grossly overbuilt from the day it re-opened twenty years ago.”

While the fabric is produced domestically, Polartec claims that their largest customers mostly cut and sew their products abroad. But a union staffer says she doesn’t understand the company’s rationale.

"If a major part of the decision to move was due to ‘burden of long transit times, shipping costs, import duties, and exposure to foreign currency fluctuations,’ how will consolidating into NH and TN help matters?” asks UNITE HERE spokesperson Meghan Cohorst.

Polartec also operates a facility in China, which in the 2012 video is referred to as a “manufacturing partner.” Workers speculate that Polartec will keep the production of goods related to government contracts, which must be produced domestically, in the United States while moving production for its consumer goods overseas.

The workers who spoke to In These Times emphasized that Polartec is a great place to work. “You get comfortable with the place you work,” Melo told In These Times. “It becomes like a family.” Many of the workers have been there for decades.

Greg Guzman, who’s worked at Polartec for 11 years and supports a family of six, stressed the skilled nature of work at the plant: “With the quality of material we got here, … you have to get trained. ... These guys know what they’re doing, they’ve been here forever. …  The people here in our Lawrence plant definitely have better quality and style of working than you would find in our other plants.”

“If the mill closes, there’s rumors going around that we’re supposed to be provided with training and some help getting jobs and all that,” Guzman said. “But honestly that doesn’t matter because a lot of us are going to the unemployment lines.”

As part of their organizing strategy, UNITE HERE is reaching out to organizations that are invested in Versa, likely in hopes of asking them to help keep the Lawrence factory open. The Pennsylvania Public School Employees Retirement System, which manages Pennsylvania’s school employees pension funds, has $375 million invested in Versa Capital. The Colorado Public Employee Retirement System also has $50 million in the fund.

It’s not unheard of for these sorts of funds to move their money away from corporations deemed irresponsible investments: In the wake of the Newtown shootings, the California Public Employees Retirement System (Calpers) sold its stakes in two gun manufacturing companies, including the company that produced the Bushmaster assault rifle used by Adam Lanza, the Newtown shooter.

UNITE HERE has also begun to reach out to some of Polartec’s largest customers. These companies—Patagonia, North Face, LL Bean—pride themselves on what they claim is ethical sourcing, environmental friendliness and sound labor practices. Polartec produces many of its materials from recycled plastic, a major selling point for many of its eco-minded customers. The process is complex, and could be difficult to replicate at another facility—a fact the union hopes will add pressure to keep the factory in Lawrence.

Workers like those at Polartec are affected most by factory closures in search of cheaper wages and a more docile workforce.  The Lawrence workers say they are ready to push back in order to keep what they have.

“We need to help each other, we need to show that we care, we need to keep pushing,” says Melo. “One way or another, we’ve gotta give them a black eye.”