Nashville Voted To Give Poor People, Locals New Construction Jobs. But the State GOP Blocked It. 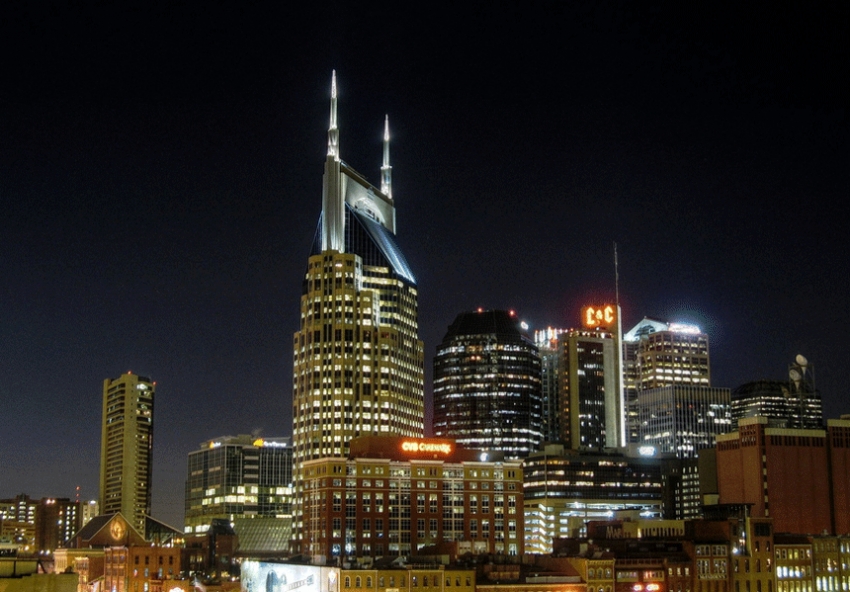 Last summer, with the backing of regional labor leaders and community groups, the city of Nashville approved an ordinance requiring large, municipally funded construction projects to devote 10 percent of their hiring to low-income residents. The ballot initiative, which also stipulated that 40 percent of such hires should reside in Nashville’s Davidson County, came amid an historic surge in building projects in the city’s downtown area.

Last year, the New York Times reported that more than $2 billion worth of construction projects that developers have initiated in the city are poised to reshape Nashville’s skyline. The local hire ordinance, known as Amendment 3, sought to make sure that the city’s poorest residents saw some benefit portions of the city’s building boom by leveraging the Nashville’s government’s contracts with private businesses in an attempt to reduce local poverty, which stands at nearly 20 percent for adults and at roughly 30 percent for children in the Nashville area.

Yet within weeks of the ordinance passing into law, Republicans in the state legislature introduced a bill to roll back Nashville’s new law and prevent other cities in the state from implementing anything like it.

In September, a Republican representative also requested that the state’s Republican attorney general issue an opinion on whether the city law was legal in the first place. After the attorney general’s office asserted that the local-hire rule indeed violated a state law that governs licensing, the bill to invalidate Nashville’s new law moved steadily through the legislature.

The state’s move exasperated local leaders, who emphasized that Amendment 3 had been strongly approved by Nashville residents in a referendum. Jason Freeman, the co-chair of the Economic Equity and Jobs taskforce at Nashville Organized for Action and Hope (NOAH), a local community group, noted that Amendment 3 by itself was more popular with voters that day than any of the leading candidates. “Amendment 3 was approved a hair under 57,000 votes more votes won by anyone at large or citywide,” says Freeman, “of all the options on the ballot was the election’s highest vote tally.”

Yet Amendment 3’s hefty win in liberal-leaning Nashville seemed to mean little to the state’s legislature.

“Another issue that has been brought in opposition to my bill, which would nullify the charter amendment, is that we are overturning the will of the voters of Nashville,” said Republican state senator Jack Johnson, who sponsored the bill to preempt Nashville’s local hire law, according to the Tennessean. “In fact we are.”

And the legislature’s vote on the bill, which state lawmakers approved in February, was part of a series of so-called local preemption laws that have swept not only Tennessee but the rest of the country in recent months and years. State legislatures seeking to stop local governments from enacting their own rules are nothing new, but, as many cities have become increasingly filled with progressive values in states with conservative legislatures, interest in preemption laws seen a recent uptick. And, responding to a bevy of local efforts to increase local minimum wages and strengthen protections for workers, there has been a particularly pronounced push in recent months to stop counties and cities from implementing their own labor rules. In recent weeks, for instance, a preemption bill overturned Birmingham, Alabama’s ordinance that would incrementally raise the city’s minimum wage to $10.10 an hour, one of the only local laws of its kind in the Southeast. Idaho’s legislature also just passed a similar measure.

Worker advocates in Tennessee say that preemption laws have repeatedly stymied some of their most important efforts to tackle poverty and working conditions at the local level. Over the past several years Tennessee’s legislature passed laws banning localities from strengthening the enforcement of wage theft, requiring employers to provide paid sick leave, and mandating prevailing wages, according to the management-side labor law firm Jackson Lewis.

Tennessee’s prohibition on local hire laws appears to be the first of its kind to be implemented in the country, according to Ben Beach, legal director at the Partnership for Working Families, which has advocated for local and targeted hiring laws for over a decade.

“We don’t know of any other state that has outlawed cities and towns to create jobs by spending their own money,” Beach says, adding that his organization will continue to closely monitor movements against local hire policies across the country. (Beach noted that a local hire bill was introduced in Ohio’s legislature but did not make it to the governor’s desk.)

Contractors’ associations have opposed local-hiring policies across the country as being anti-competitive, discriminatory to nonresidents, and ultimately a job-killer. Freeman says that although a local builder and contractor association had negotiated in good faith over Amendment 3, a lobbyist representing Tennessee Construction Coalition testified in favor of the state’s local-hire preemption law. The Tennessean reported that 40 groups had publicly opposed Amendment 3.

With the backing of labor groups like the Partnership for Working Families, local hire and targeted hiring policies have been enacted in various iterations in cities like Boston, Los Angeles and Oakland’s Alameda County.

“Cities all over the country have done this,” Beach says. “They’ve done so because it works to give those left behind in economy a shot at decent middle class careers. There's something very real and serious here.”

For now, Nashville’s Amendment 3, the result of a local drive that did not coordinate with the Partnership for Working Families, appears dead. Freeman of NOAH says that he is hopeful that the builder’s currently operating in Nashville will work with the city to voluntarily carry out the provisions of the ill-fated local hire law. But still, Freeman argues, the system is likely to work better as a formalized municipal rule—something cities in Tennessee are seeing fewer and fewer of.

“We’re trying to get a handle on how to address systemic poverty,” Freeman said. “But the best tools that are assailable are, one by one, being taken away from us.”