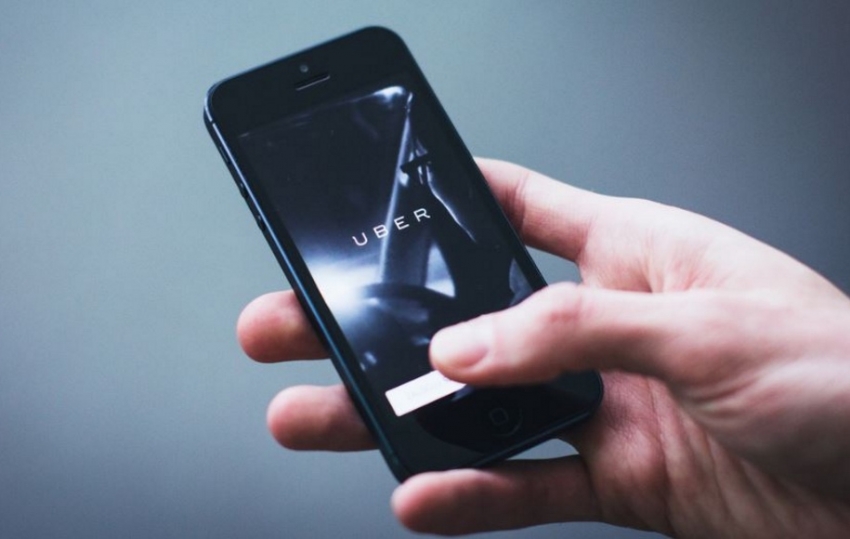 Don Creery had been driving for Uber in Seattle for several months when in May 2014 the clutch wore out on his Kia Soul. A former music teacher, Creery had enjoyed his work for Uber and said he made enough to live comfortably. So, anticipating much more driving in the future, he took out a $10,000 loan to purchase a brand new Soul with an automatic transmission—a smart investment, he judged, for his career as an Uber driver.

“I never go into debt,” Creery told me, “but this seemed totally logical.”

Initially, everything went according to plan. But soon, Uber would cut the rates it charges customers for rides, effectively slashing the wages of its drivers. The move triggered protests and caused Creery to suddenly second-guess the wisdom of his choice to take out the loan.

“It all of a sudden went from being a good decision to being a bad one,” Creery says. “Before that rate cut, it was a middle-class job as far as money goes, and now it’s not. It’s a lower-class job or in some instances a desperate-class job.

Creery’s experience is not entirely unique, according to a survey of hundreds of Uber Drivers across the country that is being released today. Conducted by the Partnership for Working Families and Coworker.org, an online platform meant to generate worker campaigns, the survey polled more than 300 Uber drivers between March and May of this year and found that a majority of them have, like Creery, made significant personal investments for their future with the service. Fifty-seven percent of Uber drivers have “have bought, leased, or made substantial investments in vehicles to drive for Uber,” according to the report.

Despite having taken on risk to maintain their freelance career with Uber, only 23 percent of the drivers polled see driving for the ride-hailing app as a source of stable income.

“Anecdotally both in and outside the survey, we have heard from drivers who were struggling to make payments on cars that they have purchased to drive with Uber,” says Mariah Montgomery, the Future of Work Strategist for The Partnership for Working Families. “These drivers are investing substantial funds to be able to drive.”

These results appear in tension with survey data that Uber has touted as proving that drivers most often do not rely on the service as their only source of income but see it instead as a convenient, highly flexible way to supplement their existing work. “Uber Fits Around Drivers’ Lives, Not The Other Way Around,” the company declared last year, referring to a survey that states that 88 percent of Uber drivers polled started “driving for Uber because it fits their life well, not because it was their only option.”

Today’s survey, which included drivers who had previously used coworker.org, found that the vast majority (80 percent) of drivers polled identified their wages as a top priority and support raising fares. In recent months, Uber has slashed fares in cities across the country, arguing that the fee reduction will actually benefit workers due to a resulting increase in customer demand. “This survey suggests that drivers don’t necessarily agree,” says Montgomery.

Perhaps in response to such issues, 70 percent of the surveyed Uber drivers—who are independent contractors with no shared setting to naturally meet each other—said they were interested in connecting with one another to communicate about things like maximizing earnings, sharing information and forming drivers’ associations.

In response to a request from In These Times, Uber did not comment on the study’s findings.

Today’s survey also states that it found anecdotal evidence that, after Uber’s announcement in April that it will officially condone drivers receiving tips, the freelancer respondents want the company to go further in facilitating such transactions. Namely, there is no option in the app through which customers can pay a tip via credit card. “Although the survey did not specifically ask Uber drivers about tips, many drivers wrote in that they would like an option for riders to provide tips within the app, like Lyft,” according to the report released today. “One driver wrote: ‘Please put a place [in the app] where people can tip. People want to tip me all the time but do not have cash.’”

The survey’s release coincides with a hearing today where a federal judge in San Francisco will weigh whether or not to accept a proposed settlement in one of the most high-profile legal actions drivers have brought against Uber. In April, the company agreed to pay $100 million to settle two class action lawsuits that alleged the ride-hailing service had wrongfully classified its drivers in California and Massachusetts as independent contractors and thus denied them the rights and benefits of full-employee status.

The proposed settlement infuriated some drivers and advocates, not only because of what appeared to many as a paltry sum for a company valued in the tens of billions of dollars, but also because its terms appeared to have the effect of helping cement in place Uber drivers’ status as independent contractors, the very issue many drivers have most fiercely protested.

As independent contractors, Uber drivers are responsible for paying for their own cars, vehicle repairs, tolls, gas and other inputs necessary for the job. Drivers like Creery, who also sells rides for Lyft and is a leader of an Uber driver association in Seattle, say that being on the hook for such expenses, including interest payments for auto investments, means the job hardly pays a living wage.

Drivers’ own financial borrowing to pay for their vehicles is part of what has propelled Uber’s rapid global expansion. This week, Bloomberg News published a look into Uber’s Xchange program, which offers vehicle leases at subprime rates for would-be drivers with poor credit history—people who often would not otherwise be able to drive for the company. Uber says that Xchange and other financing programs will expand its fleet by 100,000 in coming years.

The company says that Xchange offers a high degree of flexibility by allowing drivers to walk away from a lease at any point after the first month. But several Uber drivers expressed displeasure with the arrangement. One driver told Bloomberg that, like Creer, he could hardly keep up on his vehicle payments after one of Uber’s rate cuts.

"It got to the point that I would drive just to meet my payment," the driver said. "If you were short on your payment for a week it would roll onto the payment for next week. It starts adding up."