Nearly Half a Million U.S. Homes Are About to Become Unaffordable 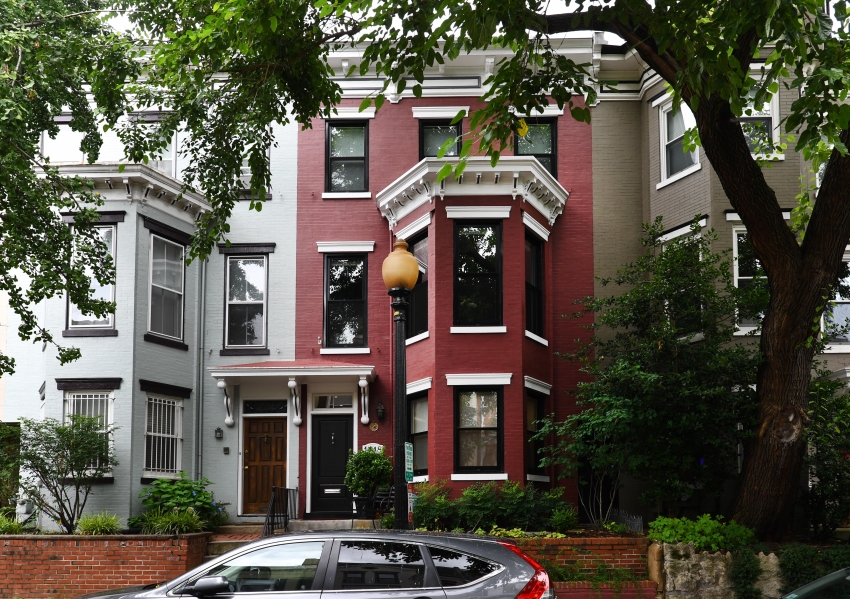 A new report shows that the housing market is set to experience a tremendous shock. (Photo by Katherine Frey/The Washington Post via Getty Images)

With millions of working-class Americans already facing a severe housing crisis, the next decade could spell another tremendous shock for the rental market. That's thanks to the Low Income Housing Tax Credit, or LIHTC, which has helped to create approximately 3 million affordable housing units over the last 30 years.

A new report shows that nearly half a million of these units are set to hit the end of their 30-year affordability requirements by 2029 and low-income renters everywhere could soon find themselves in a precarious position, once more displaced by a housing market that's only become more volatile since the 2008 financial crash.

According to “Balancing Priorities,” co-published by the National Low Income Housing Coalition (NLIHC) and the Public and Affordable Housing Research Corporation (PAHRC), a cumulative total of 486,799 units will lose their affordability requirements in the next decade. In addition to the report, both organizations help maintain the National Housing Preservation Database map, which can help individual neighborhoods identify buildings in their communities that may be threatened in the coming years.

The report finds that only 17 percent of the expiring affordable units are owned by non-profit entities, and while those properties will likely remain affordable, residents in the 83 percent of for-profit owned LITHC properties will likely be subjected to market-rate prices and disinvestment, further exacerbating housing inequality. According to Kara Brodfuehrer, a staff attorney at the National Housing Law Project, state housing agencies and community groups should begin thinking ahead as these changes come onto the horizon, making it easier for residents to stay in their homes.

“I think tenants in these properties don't even know that this is happening, because there's not a whole lot written into the LITHC program,” Brodfuehrer said. “There just isn't a whole lot being done proactively to address these issues before they happen, and if tenants are given notice early enough they can start pushing things so a solution can be put in place.”

The report emphasizes one of the greatest challenges that will face communities losing LIHTC housing: Which units should be prioritized when it comes to fighting for their preservation? It's a dilemma without clear answers. But the potential displacement of millions of low-income renters already dealing with years of housing insecurity underscores just how little the U.S. government has invested in affordable housing, particularly after millions were thrown out of their homes and into the rental market a decade ago.

“If we had adequate resources, a lot of the decisions and trade-offs wouldn't have to be made,” said Andrew Aurand, vice president for research at NLIHC.

According to the report, 29 percent of the expiring units are located in high and very-high opportunity communities. Thanks to resources like greater transit accessibility, better-funded schools, and nearby jobs, these units are an important tool to ensure that working-class renters have the chance to find upward mobility in otherwise difficult circumstances. But if for-profit developers switch to market-rate rents—out of the reach of current residents—it may be impossible to restore affordability in these neighborhoods.

“At the current development costs, it may be really difficult to put affordable units back in those communities,” said Keely Jones Stater, director of research and industry intelligence at PAHRC. “Without preserving those units, we won't be able to replace them.”

But with 51 percent of the LIHTC units found in low-opportunity, often highly segregated communities, other questions emerge. “A decision not to preserve LIHTC housing in lower opportunity neighborhoods potentially results in housing instability and disinvestment, while a decision to preserve such housing potentially reinforces patterns of segregation and limits access to higher opportunity neighborhoods,” the report argues. In these communities, the more pressing issue may be deteriorating buildings, harming residents who want to stay in their homes.

“People living in those communities may wish to stay there,” Aurand said. “You don't want them to lose their affordable housing, but that may take away resources that you may invest in preserving or expanding affordable housing in higher-opportunity neighborhoods.”

Beyond the disturbances renters will soon face, the LIHTC has already proven to be an inadequate approach to affordable housing in the United States. According to the report, 44 percent of LIHTC households report income at 30 percent or less of the Area Median Income (AMI), and 32 percent fall between 31 and 50 percent of AMI. But because LITHC units are primarily pegged to “affordable” levels for those making at least 50 percent of AMI, large numbers of these renters remain overwhelmed by rent costs.

According to the report, nearly 30 percent of families making 30 percent of AMI were paying at least half of their income towards rent, making them severely rent burdened, while 70 percent of the same population currently receive some other form of rental assistance, often in the form of Section 8 vouchers.

“It's almost like adding to injury,” Stater said. “With the affordability crisis growing even for upper- and middle-income households, it's going to continue to crunch the poor, because there's going to be more renters vying for these units.”

While the massive shortcomings of LITHC housing will only become more apparent as these units lose their affordability requirements, and activists will likely soon find themselves in renewed struggles to keep poor families adequately housed, the report also offers the opportunity to imagine housing beyond the marketplace. For those low-income families who can't afford the LITHC units they occupy, it's already clear how inadequate the status quo is for renters just looking for shelter without fear of eviction. Although it's hard to imagine within the current political climate, advocates hope the failure of LITHC to house working-class people will serve as a catalyst to imagine a world in which housing is a human right.

“We always have to be cognizant that we're not finding a magic bullet when we privatize a public program and leverage market dollars, because it's always linked to public dollars,” Stater said. “We need to renew our commitment to providing a safety net to people and providing a decent home for every person in our country.”