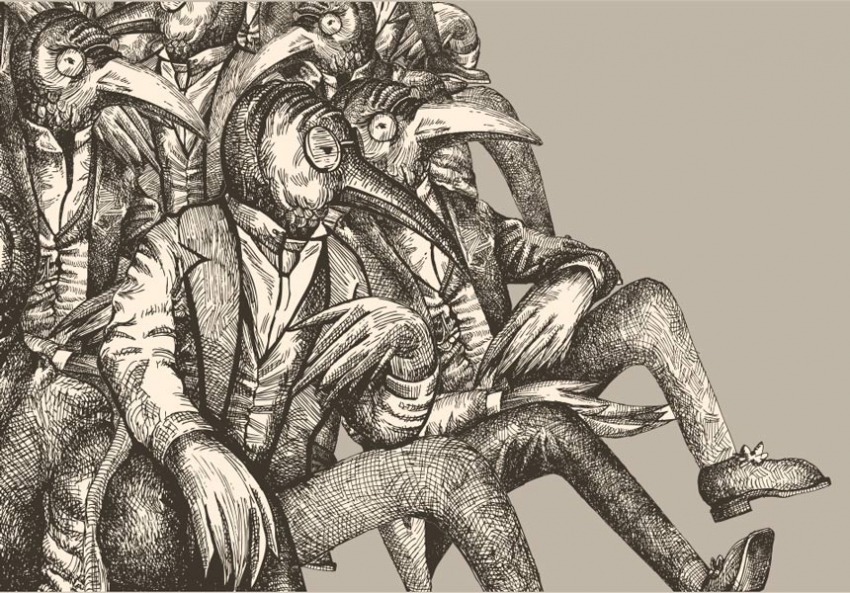 Pascal Bruckner soothes capitalist feathers ruffled by Thomas Piketty: “What does it matter that the rich are getting richer?” (Ryger)

The Fairy Tales Capitalists Tell Themselves

The new book The Wisdom of Money amounts to morale-boosting capitalist agitprop.

When the argument descends to specific cases, Bruckner goes from irksomely smug to actively offensive.

Four years ago, a leading French intellectual produced a wide-ranging study of wealth inequality that cleared away much of the confusion surrounding the steady financialization of the Western political economy. Thomas Piketty’s Capital in the Twenty-First Century laid bare the deep structural forces that have made our brave new neoliberal economic order so dangerously topheavy and unstable.

Now, another renowned French intellectual has stepped forward to publish a confounding, evidence-challenged account of economic life designed to calm the fears stirred up by any clear-eyed look at our jittery, unsettled globalized political economy. Pascal Bruckner, an all-purpose Parisian public intellectual in the vein of Alain de Botton, has produced a string of bestselling booklength essays on subjects such as “democratic melancholia” and the unattainability of happiness. Now, he professes to lay out The Wisdom of Money.

He means it, too. “It isn’t money that produces narcissism, the will to power, religious or political proselytizing, class inequalities or self-interested motives,” Bruckner pronounces. “The market enters our lives with our complicity, it doesn’t conquer our souls; they welcome it as a liberator.” Small wonder, then, that “it is wise to have money, and wise to reflect critically on it.”

If you’re thinking this is clearly not the sort of writer who’s ever found himself on the short end of a market transaction, you’re right. “I was spared the injury of poverty,” he says in his introduction. As he found his intellectual vocation, “I didn’t worry about money, certain that luck would always be generous to me.” And it seems luck did provide, in the form of book royalties.

As The Wisdom of Money goes on to traverse all spheres of human endeavor, from international relations to marriage and sex, Bruckner stoutly breaks down every question along these same basic structural lines: Economic thinkers and humorless ideologues may insist that money represents X-bad thing (social injustice, economic precarity, organized pillage of the public sphere), but from my wiser, more Olympian remove, I can confidently report it is but a passive vessel for all pre-existing features of the human experience, and in nearly every contentious sphere of debate, a positive virtue.

Bruckner lays out his case in a series of chapters taking aim at straw man indictments of the cash-nexus, e.g., “Money, the Ruler of the World?” “Has Sordid Calculation Killed Sublime Love?” and the mock-heroic “Getting Rich Is Not a Crime (and Falling Into Poverty Is Not a Virtue).” But when the argument descends to specific cases, Bruckner goes from irksomely smug to actively offensive.

In assessing the role of money in heterosexual intimate relations, for example, Bruckner, in the tradition of all-too-many French intellectuals, is dumbfoundingly sexist. “For a majority of women,” he maintains, citing zero evidence, “it is still men who have to pay the bill, even after ‘liberation,’ whereas many men consider it degrading when a woman pays.” Prenups for the alpha-male overclass are not a means of raw economic predation that benefits the richer contracting partner; no, they’re just yet another financial contrivance that “avoids confusions.”

For all this ghastly faux-realism around matters of sex, Bruckner shows an eager deference to our plutocratic betters that’s downright sentimental. He cites with admiration Andrew Carnegie’s storied career as a philanthropist without mentioning his murderous breaking of the 1892 Homestead Steel Works strike. (Indeed, Bruckner barely mentions labor actions or labor organizing at all, only pausing to note that dissatisfied service workers, thanks to the market’s thoughtful ministrations, “can always leave.”)

Those who deride the character of the wealthy have simply forgotten their historic role: “In every age, the rich have incarnated and borne an exemplary art of living.” If they appropriate an outsize share of the world’s bounty, why that’s merely in line with their outsize virtue: “What does it matter that the rich are getting richer—it’s normal that those who take risks should be well remunerated—provided that others do better as well.”

That last rushed disclaimer, like virtually every claim in The Wisdom of Money, is acutely bereft of empiricism: Throughout the capitalist West, real wages have been stagnant for the middle class and in decline for the poor since the mid-1970s, while return on investment has widely outpaced more generalized economic growth—a crucial point decisively demonstrated in, yes, Capital in the Twenty-First Century.

Then again, Bruckner’s genre of morale-boosting capitalist agitprop doesn’t intend to mount credible empirical claims or spur us to serious reflection of any kind. No, the idea in The Wisdom of Money, as in its countless counterparts in the American marketplace of ideas, is to instill in its readers a soothing state of metaphysical complacency, wherein unencumbered avarice is nothing less than the fulfillment of a cosmic mission. And anyone who says otherwise is fomenting a “militant neopauperism” founded on “the prohibition on living better.” So yes: If Bruckner’s book can teach us anything, it’s that, as fathomlessly wise as our market may be, it will always make more room for unadulterated bullshit.