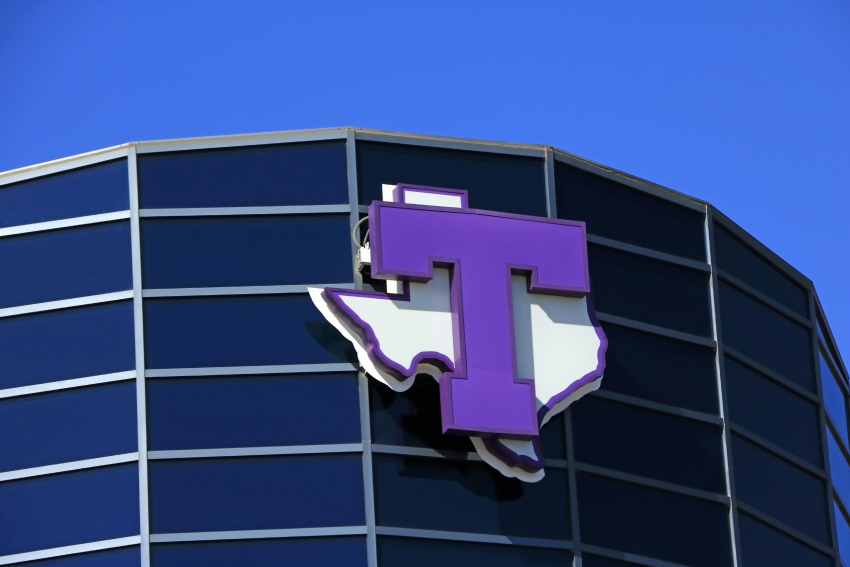 McKinsey & Company is pushing a military-style, corporate response to the Covid-19 crisis in public higher education. What we need is an anti-racist approach.

McKinsey appears to be using the emergency of the pandemic to undermine what is left of faculty governance and student voice in higher education.

The infamous 1970s “busing crisis” in Boston may seem far-flung from efforts by university administrators to confront the Covid-19 pandemic in 2020. The connection, however, came home to me recently when I learned that the administrators of the Texas State University System—where I have worked for a decade—are planning a return to campus this summer, following the advice of the controversial corporate consulting firm, McKinsey & Company.

Just as corporate leaders came together to help oversee desegregation of Boston’s public schools nearly 50 years ago, today, business interests are again at the table, this time guiding school administrators on how to reopen in the midst of a deadly outbreak.

McKinsey’s advice has already undermined effective responses to the pandemic in other sectors than higher education. Volunteers from the firm have been central to the Trump administration’s botched efforts to procure personal protective equipment (PPE) for hospitals. Meanwhile, the firm has profited from state-level officials looking for a veneer of legitimacy in their efforts to limit the distribution of unemployment and food aid to those now in poverty. There is no reason to believe McKinsey’s advice for public higher education will be any more promising.

The administrators I work with in the Texas State University System (TSUS), nonetheless, have called on messaging from McKinsey & Company to sell our faculty and staff on the plan to return to face-to-face instruction—originally on July 6, now August 24—and to do so while absorbing the impact of severe budget reductions during an ongoing spike in Covid-19 infections in Texas. (In a statement, TSUS denied having a formal connection to McKinsey, saying the administration is not “consulting with McKinsey & Company to develop plans or responses to COVID-19.”)

To facilitate this reentry into on-campus work and study, McKinsey is selling a top-down, closed process. They have laid out a military-style crisis response that includes no systematic efforts to collect the views of faculty, staff or students. Instead, they’re calling on the people most at risk upon returning to campus to embrace both possible infection and a post-pandemic “new normal”—defined by austerity.

A history of privatization

McKinsey & Company is not new to the business of restructuring public education. The firm has been a key player in the effort to exert private-sector control over Boston’s public schools since at least the 1980s.

The history of the 1970s “busing crisis” in Boston is well-known. Images of white Bostonians stoning school buses transporting Black children to previously all-white schools, and of demagogues tearing the city apart with appeals to “white pride,” have been seared into our collective historical memory. Yet fewer are familiar with what is perhaps that period’s most lasting legacy: the insidious way corporate and finance leaders exploited desegregation to privatize public education.

In 1974, Federal Judge W. Arthur Garrity issued a landmark decision calling for the immediate desegregation of Boston’s public schools. Local school officials, however, refused to enforce Garrity’s order. To meet this resistance, Garrity personally oversaw the implementation of desegregation. Looking for help wherever he could get it, Garrity invited corporate leaders to partner in that process. Yet many Bostonians were skeptical of this new corporate intervention.

McKinsey & Company stepped into the Boston school reform effort as advisors to the philanthropic foundations that funded public-private partnerships in education during the 1970s and 1980s. By the 1990s, McKinsey advisors were helping to advance the cause of publicly-subsidized, for-profit charter schools.

McKinsey has sought to privatize and close public schools even if it required skewing the facts. In June 2013, Boston Public Schools reported that the 128 buildings in the system had total a capacity of 61,300 seats, with an enrollment of 56,400. But just two years later, McKinsey reported to Mayor Marty Walsh that capacity had grown by nearly 150%, to 93,000 seats. This surge in capacity would justify shuttering dozens of schools. But where did they find all this extra space? As a parents’ group discovered through a Freedom of Information Act Request, McKinsey had counted hallways and bathrooms as classroom space. McKinsey’s role was not to shape sound policies to improve education, but rather to justify a predetermined policy goal: closing 30 to 50 district schools, privileging, as the parents concluded, “short-sighted cost-savings” over “equitable access to quality schools for all children.”

McKinsey’s approach to school reform is precisely not what we need right now. Mass school closures have been found to hurt surrounding communities and to consolidate private-sector control over urban schools. In the name of “excellence” and “choice,” privatization schemes have actually undermined the commitment to equity in education as a public good. As historian Diane Ravitch put it in her survey of McKinsey’s record in education reform: “McKinsey is always there, although there is no evidence that they are education experts… . Education has been warped for the past 30 years by the inappropriate application of corporate strategy to schools and classrooms and children.”

McKinsey appears to be using the emergency of the pandemic to undermine what is left of faculty governance and student voice in higher education. In a May 18 article published on McKinsey’s website, titled “Lessons from the generals: Decisive action amid the chaos of crisis,” senior partners Yuval Atsmon, David Chinn, Martin Hirt and Sven Smit lay out this militaristic strategy. Structural changes will be driven by protocols of “crisis management” defined by a “military-command structure” that will plan “across all time horizons,” while keeping focused on adopting “age-old principles of war.”

In 2016, an exasperated Boston parent asked, “Why hire a firm like McKinsey with a reputation for closing schools, if that wasn't your end goal?” We should ask our university administrators a similar question. Why look to a firm like McKinsey, with its record of corporatizing public institutions, if that is not your end goal? Is the objective merely to justify ongoing budget cuts, increased insecurity for faculty and staff, attacks on tenure, and declines in the quality of education? It is difficult to come to any other conclusion.

McKinsey’s advice makes no mention of fighting for more state or federal funding for public universities, which continued to decrease after the Great Recession of 2007-2009, even as state revenue and university enrollment grew. In the absence of increased funding we will see the extension of ongoing trends that increase tuition while lowering the quality of education. Students will pay more for an impoverished university experience. Technical training will prevail over the broad exploration of the humanities and social sciences. Growing ranks of contingent faculty and outsourced staff will struggle to keep up, as administrators increase their workloads and cut their pay. All of this will hit low-income and first-generation students the hardest.

The bottom line is that a McKinsey-style warlike response threatens to divert resources from students, particularly our working-class Black and Latinx students (the majority of students at Texas State), for whom higher education promises a path to the lives they strive to create.

Toward an anti-racist approach

Rather than corporate reformers like McKinsey & Company, we need to listen to students, faculty, staff and parents to recall the true purpose of public education. In 1977, looking back on the fight for desegregation in Boston, the legendary parent-activist and community-based crisis counselor, Ruth Batson, spoke to the heart of the matter: “The theory that has propelled Black people since slavery to educate their children,” she declared, has been that education is “a survival mechanism, a way out—a way out of ignorance, a way out of poverty—a way out of a binding and non-fulfilling job—a way out of exploitation.” The willingness of Black parents to “endure busing,” as Batson put it, reflected their need to go through what they knew would be a painful process in order to secure a quality education for their children.

Neither the attempt at desegregation nor the corporate-driven “reform” of public schools secured the access to a quality education that Batson and her fellow parents were seeking. Batson knew “busing” alone would not get the job done, but she was willing to endure it in the hope that it would be a step in the right direction.

What she could not have known is that “socially responsible” corporations would step into the process to profit off of school systems, thereby creating new barriers to the equity parents sought. One has only to look at the recent trend in privatization of elderly care in the United States, and its disastrous consequences for residents and staff during the pandemic, to see that privatization and consolidation is not a panacea.

We in the nation’s public universities are having to endure the challenges of dealing with a pandemic. The appearance of McKinsey & Company raises the fear that the return to campus will not only threaten our lives, but force us to act in ways that will undermine the kind of public education that can be “a way out” for our students. If that’s the case, we will have endured the pandemic to find that we’ve facilitated our public university’s turbocharged transformation into the corporate university.

Instead, in the midst of both a pandemic and the most widespread uprisings against racism in modern U.S. history, let us come together to demand an anti-racist state response to the Covid-19 crisis in higher education. The goal ought not to be maintaining morale by convincing faculty and staff to make warlike sacrifices in the interests of austerity. We must instead demand a democratically conceived project of reinvesting in public universities—cementing higher education as the public good that it is.

Dr. Jeffrey Helgeson is an Associate Professor in the Department of History at Texas State University.