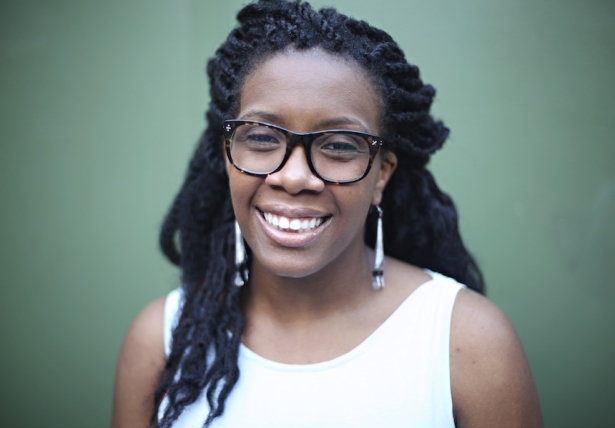 As the Department of Education begins to crack down on colleges that have ignored a culture of sexual violence, Wagatwe Wanjuki is working to give Title IX teeth.
Photo by Wagatwe Wanjuki.

Five years ago, the Center for Public Integrity (CPI) published a series of groundbreaking reports on how U.S. colleges handle sexual violence. The investigation found that survivors faced a “depressing litany of barriers” to reporting assaults and that assailants rarely receive serious punishments. When Wagatwe Wanjuki, a former student at Tufts University, read the report, it came as life-changing evidence that she was not alone.

“That brought it home that it’s not just me,” says Wanjuki. “Schools are just not doing what they’re supposed to be doing.”

While a student at Tufts, Wanjuki says, she was repeatedly sexually assaulted by an abusive partner over the course of a two-year relationship. She says that she filed a complaint with the university, but the administration dropped her case without formal explanation. Her ex remained on campus until graduation that year. Wanjuki says that Tufts would not provide academic accommodation for her during this difficult time, and her grades began to suffer. Eventually, Tufts expelled her.

Title IX of the 1972 Education Amendments states that colleges receiving federal financial assistance must proactively work to stop sex-based discrimination—including sexual assault—and establish procedures for addressing sexual-violence complaints. Wanjuki is one of dozens of students from college campuses around the country who have filed Title IX complaints with the U.S. Department of Education (DOE) over the past five years about universities’ handling of sexual assault.

The DOE investigated Wanjuki’s case, but decided not to take action, citing a technicality related to when she filed the complaint. But on April 28, the DOE found that Tufts had violated Title IX in its handling of another sexual-assault case.

The next day, Vice President Joe Biden—joined by Wanjuki and other organizers—announced a White House taskforce’s recommendations for enforcing Title IX and preventing sexual assault. In conjunction with the announcement, the White House released a star-studded public service announcement urging men to take a stand against sexual assault. “It’s up to all of us to put an end to sexual assault,” says President Obama at the end of the video. Two days after that, the Department of Education released a list of 55 other colleges and universities under investigation for Title IX violations related to sexual violence.

The media have picked up on the issue, with The Katie Couric Show, The New York Times and Democracy Now! featuring students and former students who are working to change how their colleges respond to sexual violence. Even Fox News is covering the issue, belatedly.

As a survivor-activist, writer and speaker, Wanjuki is participating on multiple levels in this movement and in the media conversation surrounding it. She spoke with In These Times about her journey to sexual assault activism and what needs to happen—in the media, in Congress and on college campuses—to create lasting change.

When did you start seeing the Tufts administration’s response to your case as part of a larger problem?

At first I thought it was just my particular experience. I thought that my case wasn’t perfect and that’s why Tufts didn’t respond adequately. I thought this was my fault. I internalized the idea that I should have reported sooner. Then I met another student at Tufts who had her case mishandled, too. During my last semester at Tufts, one of my friends brought a student group to campus called Students Active For Ending Rape (SAFER), which goes to different schools and helps students organize for better sexual assault policies. They explained that mishandling campus sexual assault is a widespread problem. That opened up the door. I started doing some research, I made a blog at Tufts, and I heard from folks at different schools who had similar experiences.

How did your experience as a survivor affect your development as an activist?

I know the impact of sexual assault and I know how my school failed at least one survivor. I wanted to speak out and provide a more personal side. I wanted sexual assault organizing to be done right, and I had the passion and the fire to do it right.

How do you balance organizing and self-care?

If I’m burnt out, I’m not going to be as useful for the movement as I can be. I do different things on a daily basis, whether it’s taking time away from the screen or email. There was a time when I completely took a break from sexual assault work altogether for about a year, and it was a really necessary thing for me to do.

How does social media fit into your organizing?

I was drawn to social media because being in an abusive relationship and then leaving Tufts were very isolating experiences. I was seeking community, and social media was a way to connect with other people. Then I discovered that social media could be really helpful in creating a cross-campus movement. Students can say, “Hey, listen to me. This is what happened.” Then students at another school can reach out to say, “Hey, this happened to me too. You’re not alone, and I can help you. You don’t have to go through everything I went through.” This is a big part of Title IX—the power of knowing your rights before they’re violated.

What do you think of the media coverage of sexual assault on college campuses?

I’m heartened to see what’s going on right now. Media are listening to students, rather than talking about the abstract idea of campus sexual assault. So we’re getting a more fleshed-out view of the impact of colleges not addressing sexual violence properly. People are finally starting to realize that not only do colleges have a legal responsibility to address sexual violence, it’s just the right thing to do.

Are there certain narratives about sexual assault that the media focuses on?

The media used to frame the issue as, “Campus athletes are raping women.” The coverage has shifted a little bit from that, but there’s this focus on “violent attacks.” That could be for the outrage factor, but I worry that such coverage creates a hierarchy of violence that situates some acts of sexual violence as less harmful than others. Schools have already codified this hierarchy into their conduct laws, using terms like “unconsensual sex” instead of rape. I am not about the term “unconsensual sex.” That’s unacceptable.

How can media present sexual violence as violence without sensationalizing it?

Rather than asking invasive questions, the media should frame survivors’ stories as, “Yes, these things happened. No, you don’t need to know the details.” When people ask survivors for more details, survivors may feel subconsciously like they have to “prove” that they’re survivors and prove that they’re worthy of validation. We need to move away from that and also respect survivors who might not want to give a lot of detail. For me, it happened a long time ago. The details of the attack don’t matter. It’s really what the school did and its failures.

What other stories about sexual violence should the media be telling?

There’s a tendency to focus on elite schools. There’s also a tendency to overlook marginalized communities. White, cisgender, straight-seeming women have been getting a larger share of the attention. In reality, there are folks of all different identities who are willing to share their stories.

And there needs to be more coverage of other forms of sexual violence, like sexual harassment and intimate partner violence. Title IX requires colleges to protect students from those forms of violence, and we need to be able to talk about how a failure to do that will impact students’ academic careers.

Are you optimistic about the future of the movement to end campus sexual assault?

I’m eager to see how things will unfold. I'm excited to have the president of the United States acknowledge an issue that’s been near and dear to me for a long time. There was a time when I was struggling to get anybody to listen to me or acknowledge what happened. People were afraid to talk about it publicly. I think this is the beginning of a really great shift, especially with the Department of Education entering this new era of enforcement, finding schools like Tufts out of compliance with Title IX.

What is it going to take for colleges to really implement these changes?

Know Your IX has been working to make Title IX enforcement much stronger because some schools are not going to change unless they’re forced to. Some schools are definitely on board, but time and time again, others just don’t seem to get it. We also need to start training campus administrators about the dynamics of sexual assault and educate the broader community about what colleges’ assault statistics mean. If you see a school that reports zero rapes, that’s a bad thing. That school is lying or students there don’t feel comfortable coming forward.

What can people who aren’t students or employees at universities do?

If people are visiting colleges, they should ask questions about the school’s sexual assault policies or look it up online. SAFER has a great database. Look at the school’s statistics over time and see if students are becoming more comfortable coming forward. People should ask students about the sexual assault complaint process and see if they know about it. I know when I filed my complaint at Tufts, no one knew what was going on.

What are you working on right now with Know Your IX?

We’re pushing for more transparency, and we’re working with legislators on creating change that will last beyond this administration. We’re working with Sens. Kirsten Gillibrand and Jackie Speier to pass laws that will protect students long after these officials are in office. A lot of great work has been done and the White House Taskforce has been great, but this is going to take a long time.