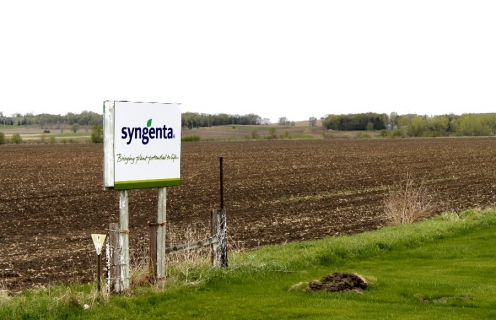 “The atrazine ecological monitoring program is a labor-intensive program requiring travel to five states in a timely manner. Due to the COVID-19 pandemic, most of the states in the monitoring regions have issued shelter in place orders,” said Chris Totino, a spokesman for Syngenta. “Additionally, many companies like Syngenta have instituted travel restrictions for the protection of their employees’ health. The monitoring program could not be conducted this year without asking workers to violate these travel restrictions and put themselves in harm’s way.”

An EPA spokesperson said the decision was made after careful consideration to balance human health and safety during COVID-19 versus human and environmental health. Syngenta will have to resume monitoring in 2021, the spokesperson said.

The EPA announced in March it would temporarily suspend enforcement of many environmental laws because of COVID-19.

But critics say the pandemic is just an excuse for lightening restrictions.

“This isn’t really about enforcement, it’s about monitoring, and using the pandemic to your advantage. The government is just sort of giving them a free pass,” said Nathan Donley, a senior scientist at the Center for Biological Diversity, a national nonprofit conservation organization.

Atrazine is the second most widely used herbicide in the United States, after Bayer’s glyphosate, the active ingredient in Roundup.

The chemical is soluble in water and is often in waterways, said Emily Marquez, a staff scientist with the Pesticide Action Network.

The European Union has banned the weed killer because of its links to human health, which include an increased number of miscarriages, loss of fertility in men and a potential to cause cancer.

The EPA’s own scientists have also linked the pesticide to levels harmful to frogs and other amphibians, whose populations are declining.

In 2018, the Environmental Working Group found the chemical is in tap water of about 30 million Americans and frequently spikes above levels considered safe. Those spikes most frequently occur during May, June and July, when atrazine is largely used.

“Atrazine is most harmful to species during development, in spring,” said Jennifer Sass, a senior scientist at the Natural Resources Defense Council, in an emailed statement. “So, spring represents the tragic ‘perfect storm’ of high atrazine use, and the period of highest vulnerability to the local ecosystem.  Failure to monitor during this period will result in a failure of the whole program for the year.”

Syngenta maintains atrazine “is safe for humans and the environment at relevant exposure levels and it has been approved for use by regulatory bodies around the world,” Tutino said.

The request to temporarily suspend the program comes just months after Syngenta asked the EPA to halt the program altogether in August.

Since 2004, Syngenta has had to monitor drinking water levels and stream levels of atrazine in order to gather more information about human and environmental health. The monitoring has resulted in what Syngenta called “the most robust monitoring program for atrazine ever carried out.”

“The program collects daily sampling data throughout the atrazine use season. While unfortunate, the loss of one year of sampling data will not adversely affect the quality of the monitoring dataset,” Totino said.

At the request of Syngenta, the EPA determined in December that Syngenta could halt monitoring for drinking water levels, but decided to continue to require ecological monitoring because water levels “continued to show atrazine concentrations of potential ecological concern in the most vulnerable watersheds, even when stewardship programs are employed.”

The EPA, in reapproving the herbicide, did lessen the amount of monitoring required. At the same time, EPA also allowed the amount of atrazine in water ways to increase by 50 percent.

“Since the initiation of the monitoring program in 2004, depending on weather patterns and other factors, atrazine concentrations in some waters have seen a downward trend, while others have needed additional focus to bring those concentrations down further,” an EPA spokesperson said in an emailed statement. “Missing monitoring data in 2020 will result in some uncertainty on the effectiveness of the mitigation in those waters being monitored. However, we have required monitoring for the 2021 growing season.”

Donley said missing one year of data could be very consequential if it happens to be a year when there is a lot of rain and would likely be higher levels of pesticides in the water.

Marquez said monitoring matters because farmers “can’t really control how much gets into the water.” Though it could make sense to halt monitoring during shelter-in-place orders, what matters is that EPA knows it is harmful, yet continues to allow for the pesticide to be used, she said.

“It’s just really problematic that some of the scientists at EPA are saying one thing, but the actual policy is doing something else,” she said.