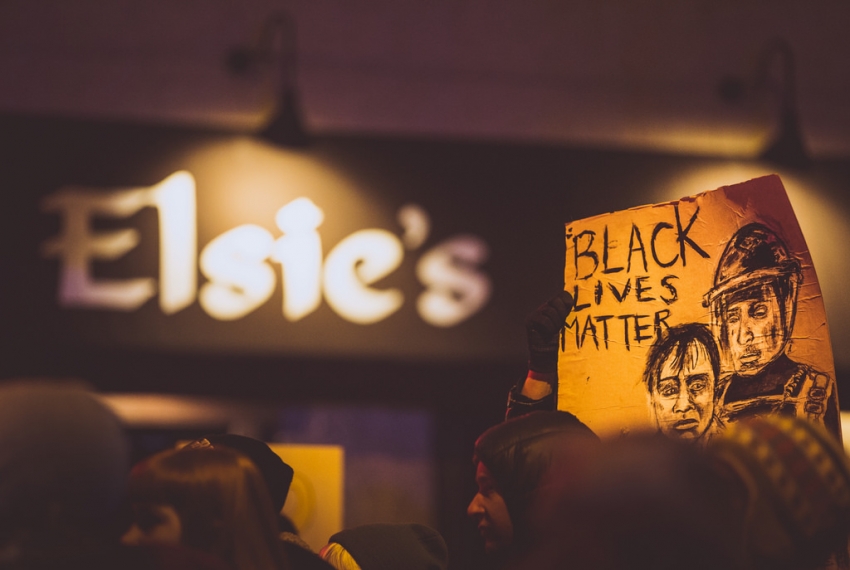 Over the past few years, two movements have exploded into the public’s consciousness. In the wake of Trayvon Martin’s murder and police killings of Eric Garner, Michael Brown, Tamir Rice, Sandra Bland and many other people of color, Black Lives Matter has emerged as a powerful set of voices calling for racial justice, including an end to racially motivated violence.

At the same time, a growing movement of low-wage workers demanding higher wages and paid sick time has led some corporations to improve their policies for workers, and to dozens of localities and states adopting minimum wage increases and paid sick days laws.

The next frontier in the fight for fair workplaces is job scheduling. Protests by retail and food workers, high-profile New York Times articles, and other subsequent media coverage of workers experiencing erratic, unpredictable schedules has led to public outcry, the introduction of federal legislation to improve work schedules, and more than a dozen state and local proposed laws.

There is considerable overlap between these issues and the activists that are at the center of both movements. As Ron Harris, an organizer at the Twin Cities-based group Neighborhoods Organizing for Change (NOC), explains, people “don’t live single-issue lives. … The people getting shot are low-wage folks. … They are over-policed and under-resourced.”

I spoke with Harris to learn how NOC is leading the fight for fair scheduling in Minneapolis by taking an approach grounded in a commitment to racial justice. The campaign demonstrates the possibilities that emerge when advocates connect the dots between job quality issues and racial justice in their strategy and messaging.

Tell me about your organization, Neighborhoods Organizing for Change (NOC)

NOC is a non-profit that focuses on work at the intersection of race, public policy and the economy. Our members are primarily low-wage Black folks living in north Minneapolis. Our mission is to shift the balance of power between folks who have and folks who don’t have, and in our opinion, the folks who don’t have are low-income black people in Minneapolis.

This past year we worked on a series of local future of work proposals, including fair scheduling, earned sick and safe time [time to deal with domestic or sexual violence], a policy to end rampant wage theft and raising the minimum wage to $15. We’re also working on police reform; we made a series of demands of our local police department, and in 2016 we will take those to the state level. We led the charge in repealing two laws that only two cities in the country have—“lurking laws” and “spitting laws.”

If you spit in Minneapolis, for instance, you can get a misdemeanor. These laws were targeting low-income black people, black men in particular. We beat that law in Minneapolis—now it is gone.

We also work on voter restoration. There are approximately 47,000 people in Minnesota who don’t have the right to vote because of a past criminal conviction. We’re working on a bill at the state level to end that. And we’re working with the Center for Popular Democracy (CPD) on their Federal Reserve campaign, engaging with National Fed and Local Fed banks in town, working on influencing economic policy and who is elected to those boards.

How has NOC been involved with organizing and advocacy related to fair scheduling in the Twin Cities?

We got involved with fair scheduling because members of our base were coming in saying they were working jobs where they didn’t know their schedule until the day before or even the day of. They were forced to close businesses and come right back and open up the next morning. We call this “clopening.”

So we started to work with national partners, CPD included, to come up with a fair scheduling policy that mirrors work in other cities and states. Our state government is divided [between Republicans and Democrats], so we thought we’d take this to the city level.

NOC has been heavily involved in crafting the policy. This is where the “issue cut” came in. There were a series of generic provisions in the first scheduling policy and we laid these out for our membership and asked our membership base: “What do these sound like? Are they too strong? Too weak? What’s missing?” It led to a tailored approach that reflected the voices of the members.

On the field side, we gathered hundreds and hundreds of stories of people experiencing these scheduling issues. As we gathered their stories, we brought members to city hall and took them on lobbying visits.

Why is scheduling a racial justice issue?

If you think about the folks who are the most likely to have an unfair schedule and the least likely to be able do something about, at that intersection it tends to be people of color, particularly women of color.

Why is it important to frame public discussions of fair scheduling in terms of racial justice?

We frame it as a racial justice issue because, living in Minneapolis, we have some of the worst economic disparity gaps in the country. With those dynamics, we almost had to frame it that way. We thought this could be an opportunity to close some of these gaps.

The thousand of stories we collected about employers hiring new people instead of giving out more hours to their current employees or getting schedules the day before people were supposed to work—all of those stories were coming from low-income communities of color, so frankly, that was the only way we could frame it.

We thought that our city leaders and elected officials would be sensitive to the opportunity to close the gap. In 2013, a majority of the city council was elected running on some kind of racial equity platform. So, our messages to the media and to elected officials were the same: “Hey, the folks that we donated to and endorsed ran on a racial equity platform and we haven’t seen any action from them for the past couple of years. We need this now. Here’s a perfect opportunity for you to close these gaps.”

We also tried to connect the dots, highlighting that the people most likely to suffer from [unfair schedules] are those with black and brown faces. Refusing to act means that you really don’t care about these gaps. It means, you ran on these things, but you’re really not committed to acting on them.

In your outreach to “high-road” employers, is it useful to discuss the connection between scheduling and racial inequity?

We’ve been working on really trying to engage people across sectors in fixing these gaps. So, for example, it’s not just the role of the community to advocate for itself and to bring awareness to this issue.  The business community has a role, too. We recognize employers’ value as job creators, but also emphasize that by changing some of their worksite practices, they can also be adding to the movement.

We frame this for employers as: “Do the best you can where you are. We all have an opportunity. We all have a role.” And it really worked with some employers.

Even though the legislation wasn’t ultimately brought to vote, because of the campaign that we ran and the stories that were brought to light, some business owners are reporting that they are already changing their practices. Maybe they were giving their schedules five days in advance and now they’re going to work towards 10 days. One landscaping company used to say, you don’t leave until the job is done. Now they say if it is 6:00 P.M. and you aren’t done, just go home and be with your family.

Although we haven’t had much luck with large chain employers, one exception is Target. They have committed to changing their scheduling practices, almost in lockstep with what we have been pushing. We have talked about this as a racial justice issue with Target. We’ve said, as the largest employer in the city, they have a really unique opportunity to make an impact [on racial equity]. They also want their customers to have more money in their pockets—they need a strong economic environment, too.

The movement for racial justice has been gaining strength and momentum around the country in the wake of police killings. Within that movement, do you think there is enough attention to job quality and fair workplace issues?

Nationally, no. Locally, definitely. With NOC and Black Lives Matter, yes, we’re talking about police brutality, but also an overall culture of injustice that exists. In Minneapolis, in particular, some of the chants are we don’t want to get shot by police—but we also want a $15 minimum wage and all these other things.

The intersection of race and the economy has been really strong here. It’s a compounding effect where if you pay attention to the folks who are getting brutalized by the police, these aren’t middle class and rich folks. These are low-income black people. They are getting stopped because they are walking down the street when they are “not supposed to be,” technically. The people getting shot by police are low-wage folks—they are over-policed and under-resourced.

What could the fair scheduling movement be doing to further highlight the racial justice aspects of scheduling issues?

Really to ground the work in story telling. Make sure you have a strong base of individuals who are actually going through [unfair scheduling] who can speak from experience. No one can deny someone’s story. Stories help to justify everything you do.

Also, get the data. We gathered data that shows that the people who are most likely to work the jobs that have unfair schedules, they are black and brown, and most likely women. The data alone reflects that this is a racial justice issue.

Build a broad-based coalition, including people who understand how to do racial analysis and member based organizations, so the members can really speak for themselves.

How can scheduling advocates support the work of racial justice advocates?

If you think about it, if people are advocating for police reform, criminal justice reform, the people they are standing up for are people who are working these crappy jobs. So, fair scheduling advocates just need to stand up and say, our people are the same exact people. They don’t lead single-issue lives, they lead lives that are compounding multiple issues.

Liz Ben-Ishai is a senior policy analyst on the job quality team at CLASP. Her work focuses on paid leave and responsive workplaces. Prior to joining CLASP, she was a senior researcher and campaign coordinator at Public Citizen, a policy fellow at the National Partnership for Women and Families, and an assistant professor of political science at Albion College. Ms. Ben-Ishai graduated from the University of Michigan with an M.A. and Ph.D. in political science. She completed her undergraduate work at the University of Toronto.