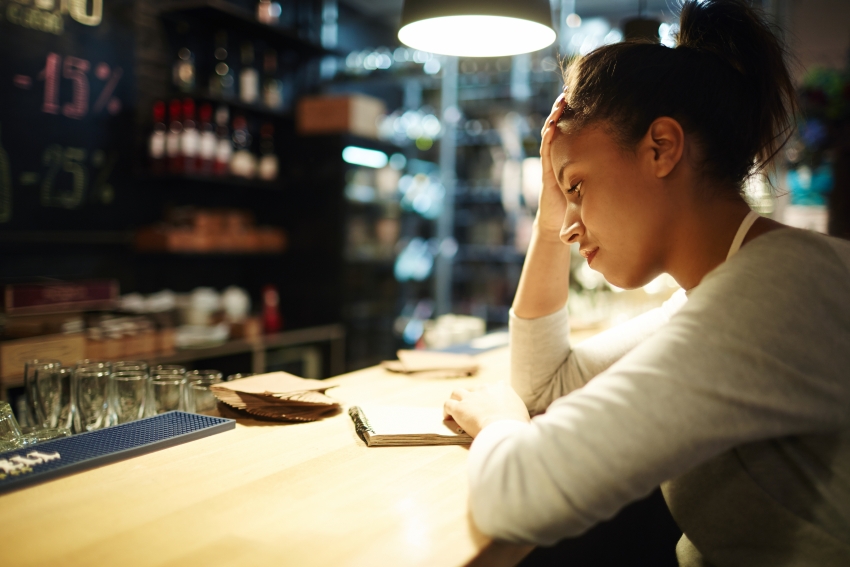 A new rule under Trump’s Dept. of Labor could cost tipped workers more than $700 million. (Shutterstock)

In October, the Trump administration published a proposed rule regarding tips which, if finalized, will cost workers more than $700 million annually. It is yet another example of the Trump administration using the fine print of a proposal to attempt to push through a change that will transfer large amounts of money from workers to their employers. We also find that as employers ask tipped workers to do more nontipped work as a result of this rule, employment in nontipped food service occupations will decline by 5.3% and employment in tipped occupations will increase by 12.2%, resulting in 243,000 jobs shifting from being nontipped to being tipped. Given that back-of-the-house, nontipped jobs in restaurants are more likely to be held by people of color while tipped occupations are more likely to be held by white workers, this could reduce job opportunities for people of color.

The protection provided by this rule is critical for tipped worker. For example, in a restaurant, the 80/20 rule prevents employers from expecting servers to spend hours washing dishes at the end of the night, or prepping ingredients for hours before the restaurant opens. Occasionally, a server might play the role of the host, seating guests when a line has formed, or filling salt and pepper shakers when dining service has ended—but such activities cannot take up more than 20 % of their time without employers paying them the full minimum wage, regardless of tips.

The Department of Labor (DOL), under the Trump administration, has proposed to do away with the 80/20 rule. Workers would be left with a toothless protection in which employers would be allowed to take a tip credit “for any amount of time that an employee performs related, nontipped duties contemporaneously with his or her tipped duties, or for a reasonable time immediately before or after performing the tipped duties” (see page 53957 of the proposed rule).

With no meaningful limit on the amount of time tipped workers may perform nontipped work, employers could capture more of workers’ tips. It is not hard to imagine how employers of tipped workers might exploit this change in the regulation.

Consider a restaurant that employs a cleaning service to clean the restaurant each night: vacuuming carpets, dusting, etc. Why continue to pay for such a service, for which the cleaning staff would need to be paid at least the federal minimum wage of $7.25 per hour, when you could simply require servers to spend an extra hour or two performing such work and only pay them the tipped minimum wage of $2.13 per hour? Or, a restaurant that currently employs three dishwashers at a time might decide they can manage the dish load with only one dedicated dishwasher if they hire a couple extra servers and require all servers to wash dishes periodically over the course of their shifts. Employers could pay servers less than the minimum wage for hours of dishwashing so long as they perform some tipped work right before or after washing dishes.

The department recognizes that workers will lose out under this change, stating that “tipped workers might lose tipped income by spending more of their time performing duties where they are not earning tips, while still receiving cash wages of less than minimum wage” (see page 53972 of the proposed rule). Tellingly, DOL did not provide an estimate of the amount that workers will lose—even though it is legally required, as a part of the rulemaking process, to assess all quantifiable costs and benefits “to the fullest extent that these can be usefully estimated” (see Cost-Benefit and Other Analysis Requirements in the Rulemaking Process).

The department claims they “lack data to quantify this potential reduction in tips.” However, EPI easily produced a reasonable estimate using a methodology that is very much in the spirit of estimates the Department of Labor regularly produces; DOL obviously could have produced an estimate. But DOL couldn’t both produce a good faith estimate and maintain the fiction that getting rid of the 80/20 rule is about something other than employers being able to capture more of workers’ tips, so they opted to ignore this legally required step in the rulemaking process.

Below we describe the methodology for our estimate. The simplicity and reasonableness of this approach underscores that by not producing an estimate, the administration appears to simply be trying to hide its anti-worker agenda by claiming to not be able to quantify results.

The remainder of this piece describes the methodology for estimating the total pay transferred from workers to employers as a result of this rule described above. To evaluate how this rule change would affect pay, we use data from the Current Population Survey (CPS), restricted to states with a tip credit (i.e., that allow employers to pay a subminimum wage to tipped workers), to estimate how much employers might shift work from traditionally nontipped to tipped staff. Doing so would allow them to spread out the total pool of tips received over more people for whom employers can pay less than the minimum wage, thereby reducing employers’ wage responsibility. We then estimate the change in total earnings that would occur for food service workers if that shift in employment took place.

The CPS is a household survey that asks workers about their base wages (exclusive of tips) and about their tips earned, if any. One problem with the CPS data, however, is that earnings from tips are combined with both overtime pay and earnings from commissions. Researchers refer to the CPS variable that provides the aggregate weekly value of these three sources of earnings (overtime, tips, and commissions) as “OTTC.” In order to isolate tips using this variable, we first restrict the sample to hourly workers in tipped occupations, to help ensure that we are not picking up workers who are likely to earn commissions.

Some workers in tipped occupations do not report their tips in the OTTC variable; however, the CPS also asks workers to report their total weekly earnings inclusive of tips, and their base wage exclusive of tips. For those workers in tipped occupations with no reported value in the OTTC variable, but whose total weekly earnings is greater than the sum of their base wage times the hours they worked, we assume the difference is tips.

In other words, for hourly workers in tipped occupations we calculate tips in two ways:

1. For those who report a value for OTTC:

Weekly tips = OTTC for those who work ≤ 40 hours per week, and

2. For those who do not report a value for OTTC:

In cases where tips can be calculated both ways, we take the larger of the two values.

Standard economic logic dictates that employers will spread out aggregate tips over as many workers they can—thereby reducing their wage obligations and effectively “capturing” tips. They will shift work from nontipped to tipped workers until the resulting average wage (combined base wage plus tips) of their tipped workers is at or just above the hourly wage these same workers could get in a nontipped job. For employers of tipped workers to get and keep the workers they need, tipped workers must earn as much as their “outside option,” since, all else being equal (i.e., assuming no important difference in nonwage compensation and working conditions), if these workers could earn more in another job, they would quit and go to that job. But for employers to keep these workers, they do not need to earn any more than they could earn in another job (again, assuming all else is equal), since as long as they are earning what they could earn in another job, it would not be worth it to these workers to quit.

Finally, it should be noted that our estimate of the transfer from workers to employers is likely a vast underestimate for three reasons. First, tips are widely known to be substantially underestimated in CPS data, thus it is highly likely that we are underestimating the amount of tips employers would capture as a result of this rule change. For example, we find that 47.6% of workers in tipped occupations do not report receiving tips. Similarly, using revenue data from the full-service restaurant industry and updating the methodology from Table 1 here to 2018, we find that tips in full-service restaurants are $30.5 billion, which is roughly twice the amount of tips reported in food service in the CPS. This means the amount employers will really capture is likely roughly twice as large as our estimate.

Second, we only estimated losses in food service. However, about 26.0 % of tips earned in the economy are not earned in restaurants or food service occupations. Combining these two factors together means what employers will really capture may be 2.5 times as large as our estimate. Third, our estimates assume that getting rid of the 80/20 rule will only have an effect if the employer is already taking a tip credit. This ignores the fact that some employers may be incentivized to start using the tip credit if the 80/20 rule is abolished, knowing that without the rule they will be able to capture more tips. Accounting for this factor would increase our estimate further.

The piece was also published at the Economic Policy Institute's Working Economics Blog.