What Workers Have Already Won in the Face of Coronavirus 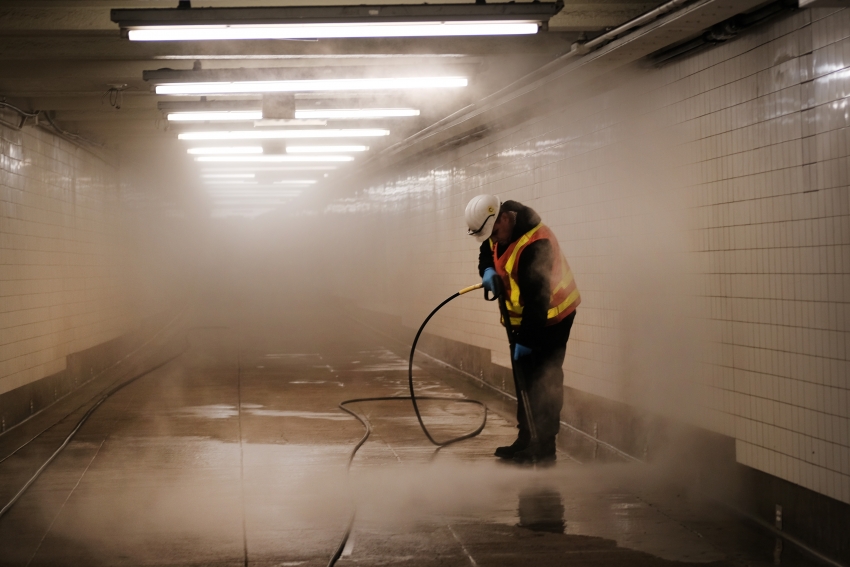 The coronavirus pandemic has laid bare the stark reality of the United States: our inadequate, for-profit health care system, our precarious employment conditions, and the deep inequality that is foundational to our society. But it’s also shown us that when things get dire enough, the working class fights back. Over the last few weeks, in dealing with the outbreak of the coronavirus, people across the United States have organized at their workplaces, and also won major reforms in the housing sector. Workers' consciousness about the cruelty of our profit-driven society—and about their own power—is being raised by the day, thanks to the failure of government leadership. While it’s likely that we will enter a recession or even depression soon, workers are still fighting for what they deserve—and that struggle must continue after the pandemic passes.

While many workers have lost hours or even been laid off in the last few weeks, others have made advances in various industries amid the crisis, including securing paid time off and health and safety guarantees. Teachers in New York City forced Mayor Bill De Blasio to close city schools under threat of a mass sick-out, workers shut down a Chrysler plant near Detroit over concerns about how the company was dealing with the virus, and workers at McDonald’s won 14 days of paid sick leave, albeit only at corporate stores which account for about 5% of the fast food giants’ restaurants.

In Philadelphia, city library workers moved a petition among themselves, patrons and the larger community to demand both the closure of public libraries and paid time off for all workers, even those who are not members of the union. The petition dropped in the morning on Monday, March 16, and by Tuesday evening, it had over 4,000 signatures, and the workers won their demands. Terra Oliveira, an after-school leader at the Philadelphia Free Library, told In These Times, “Our access to paid leave and our basic rights shouldn’t be something that we have to fight for every single time there’s a crisis.” Non-union library workers have been organizing with their union colleagues for about a year, building the infrastructure necessary to deal with our current crisis.

Similarly, the housing movement has long fought for moratoriums on evictions and utility shut-offs. Both have felt like far-off possibilities, the absolute peak of what we could win in a perfect storm of political will and power. But Tara Raghuveer, campaign director of the Homes Guarantee Plan at People’s Action, told In These Times that “the pandemic is showing us what has always been possible, and what that means is that it’s always been possible to end the practice of eviction.” Because of the seriousness of coronavirus, organizers and activists have won either moratoriums on evictions or utility shut-offs in cities and states across the country, including Philadelphia, San Jose, San Francisco, Los Angeles, and New York, Massachusetts, and Kentucky. The coronavirus crisis is revealing what was true before: It is unconscionable to abandon people who are houseless or without work.  “This has opened up tremendous space to ask for more and win more,” Raghuvver said.

The apparent ease with which these long fought for reforms were granted demonstrates that it is—and has always been—well within the power of the state and corporations to acquiesce to our demands. It also shows that it isn’t the benevolence of politicians and CEOs that has secured these victories, but worker organizing. If workers hadn’t been demanding paid sick time and eviction moratoriums for years, we never would have won them now. “Now that these demands have been won during this emergency crisis, there is so much more solidarity and communication among library workers that wasn’t there before. We will continue to fight,” said library worker Oliveira.

The state spends exorbitant amounts of money when it’s capital that’s feeling the pain, a fact illustrated by the dramatic financial actions being taken or considered to keep the economy afloat during the pandemic: a $1.5 trillion loan by the Federal Reserve to inject into capital markets; an $8 billion spending package to fight the coronavirus; and a nearly $1 trillion stimulus bill being considered at the time of this writing. These options obliterate the notion that money doesn’t exist to pay for programs like a Green New Deal, free college, free childcare, housing for all and various other social programs.

When it comes to spending to meet the needs of the millions of ordinary people who are hurting right now, politicians can’t muster the will. While the Democratic Party postures as recognizing and responding to this need in contrast to Trump, the proposals they’ve so far offered have been offensively mediocre and inadequate. H.R. 6201, trumpeted by Nancy Pelosi and House Democrats, offers paid sick leave benefits to only 20% of U.S. private sector workers—a figure that does not include informal economy workers. Former presidential candidate Kamala Harris also promoted a bill she had introduced that would give workers $500 each month—a pittance compared to the $2,000 per month cash payments to U.S. households floated by sen. Bernie Sanders.

We are heading into almost unprecedented economic territory—a potential 20% unemployment rate if our leaders don’t act now. More and more workers are facing the prospect of losing hours and even being laid off, as many major cities, municipalities and states impose shut downs for businesses except those classified as essential industries. Already, nearly one in five U.S. workers reports losing hours or work altogether since the onset of the coronavirus crisis earlier this month. We can expect that number to balloon in coming weeks and months as the public health crisis—and the ensuing economic crisis—continues to deepen.

Some are trying using this crisis to fortify the tyrannical power employers have over workers’ lives. In Minnesota, Governor Tim Walz just suspended some collective bargaining rights for state employees, citing the need for “flexibility… during this peacetime emergency.” As workers unite to demand what we’ve always deserved, and the crisis deepens, some politicians and bosses will undoubtedly use this as an opportunity to ram through more neoliberal reforms that dismantle our rights and public institutions.

Conventional wisdom might suggest that in times of economic hardship, workers have the least power and leverage based on the scarcity of jobs and desperation for whatever we can get to provide for ourselves and our families. But strike activity and worker organizing is on the rise, the Bernie Sanders campaign program is raising political expectations, and workers are winning in the face of this pandemic. It’s reasonable to believe that when things “return to normal”—if that ever happens—politicians and bosses will attempt to take back all that we’ve won. They’ll try to strip paid sick leave from workers, and to reinstate evictions. But we mustn't let them. Like Oliveira said, “It feels like only the beginning.”