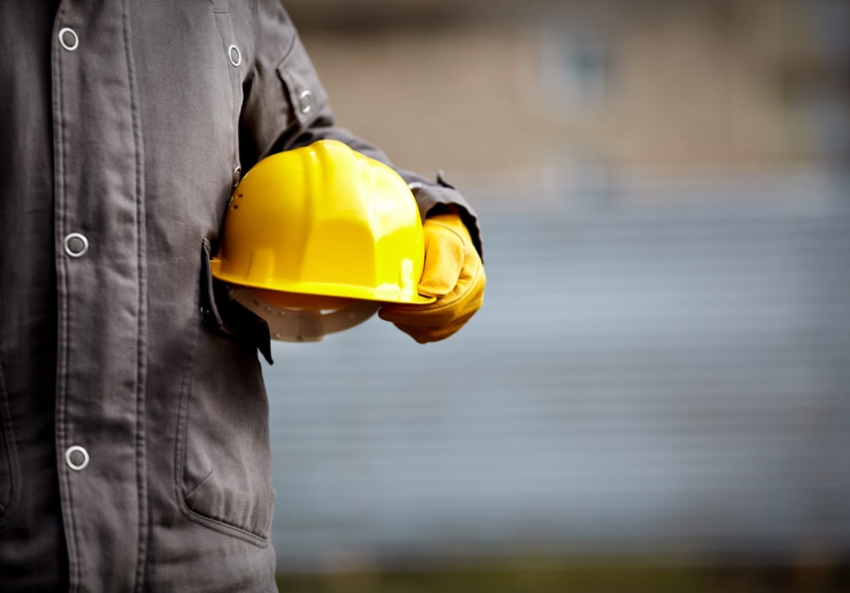 Could full employment turn waged work into a seller's market? Photo by Kuzma/Shutterstock.

Can We Have More Jobs and Less Work?

In an age of overwork and unemployment, economists look at novel ways to solve both problems.

'Across the political spectrum, it makes a lot of sense to people that we’d prefer that firms respond to reductions in demand by shortening work-weeks rather than laying off workers.'

Few would argue that 2014 is a great time to be a waged worker in the United States. The unemployment rate remains high, and that’s not accounting for the droves of people who have dropped out of the workforce entirely. The jobs that do exist are often low-paid and precarious. Workers work longer hours and are more productive than ever before, but wages still have stagnated.

One solution proposed by two progressive economists—Dean Baker, co-director of the Center for Economics and Policy Research, and Jared Bernstein, a senior fellow at the Center on Budget and Policy Priorities—has been “getting back to full employment” (which is the title of their 2013 book, a follow-up to their 2003 book, The Benefits of Full Employment). Full employment doesn’t mean completely eradicating joblessness, but Baker and Bernstein argue that if the government can decrease unemployment to an equilibrium such that everyone seeking work can find it relatively quickly, it will stanch the fiscal pain of the unemployed and help boost workers’ bargaining power—resulting in not just more jobs, but better ones.

Another influential economic thinker, Kathi Weeks, a women’s studies professor at Duke University and author of The Problem with Work: Feminism, Marxism, Antiwork Politics and Postwork Imaginaries, has made the case that any solution to our current crisis of work must address the fact that work has consumed our lives. She calls for a radical “anti-work” politics that recognizes the social, economic and personal value of the things we do in our off-hours. To this end, she advocates for implementing policies like fewer work hours and a universal basic income. The latter is gaining traction across the Atlantic: The Swiss will vote this fall on whether to pay every citizen $2,800 a month regardless of whether they work, and a campaign for a Europe-wide basic income is gaining steam.

But is there a tension between calls for more jobs (one path to full employment) and calls for less work? To discuss these approaches, and which is more feasible, In These Times spoke with Baker, Weeks and Peter Frase, a Ph.D. student in sociology at the CUNY Graduate Center and an editor of Jacobin magazine.

What is the case for full employment?

DEAN: Basically, bargaining power. As it stands now, employers can tell their workers, “Look, you’re getting the minimum wage, here’s the deal, take it or leave it.” When we had low unemployment in the 1990s, and firms needed the workers, suburban employers—hotels, restaurants—were doing things like arranging private bus transportation to bring people out from the inner city. Other employers were providing childcare, or making arrangements for eldercare, or hiring disabled workers. When unemployment is low, workers at the middle and bottom of the wage distribution actually do have bargaining power, and those low unemployment rates—unemployment bottomed out at less than 4 percent in 2000—mean a big difference in the standard of living.

Are there reasons to be skeptical of calls for more work?

KATHI: My major concern is that the call for full employment risks actively reproducing the dominant ideology that elevates work as a highest calling, and has historically helped subordinate our lives to work. It’s an ideology that ties our value as individual citizens, family members and parents to waged work, and thereby to a very narrow understanding of what might be a worthy existence or a valuable contribution to society.

PETER: The idea of full employment is perceived intuitively by the public as a moral argument for the value of waged work. But to economists, full employment is a technical term for the equilibrium between supply and demand for labor. You can get there in multiple ways—not just by creating as many jobs and as many working hours as possible. But I like the way Dean presents it, where it’s not the jobs themselves that are the value. Workers having bargaining power is a value. People having access to the resources they need to live a decent life is a value.

DEAN: Yes, part of the story is likely increasing demand, through public sector employment and infrastructure projects. But decreasing supply is also very important. United States workers work about 20 to 25 percent more on average than workers in Western European countries. The big difference is that there, just about everyone has four to six weeks of guaranteed vacation, paid parental leave and paid sick days. So, we would love to see the country move in that direction.

KATHI: A demand is not just a proposal for reform; it’s an occasion to encourage critical reflection on the present world of work and speculate how it might be different. The language of full employment doesn’t necessarily open up broader conversations about what role employment should have in our lives.

I’m interested in a demand for shorter hours without a decrease in pay and a demand for a guaranteed basic income that could make work more optional for more people. These are not just demands for less work but also demands for “lesser work”—for the demotion of waged work as a measure of individual merit.

DEAN: The political prospects for a universal basic income are extremely remote. You’re exactly right, it directly confronts the ideology of work. But at this point that’s a really big loser. We would make no headway politically. The last three decades we’ve been going backwards in a really big way, and I don’t want to see us do that for another three decades. To talk about bigger change, we have to do a lot of smaller changes. Getting back to something like full employment is a really big part of that.

KATHI: For me, the demand for full employment is so radical that it makes the demand for a basic income seem kind of pragmatic. What would you say to those who say that the health of the economy is understood to depend on a certain margin of unemployment?

DEAN: Well, I would say the people who say that are wrong. Capitalists thought everything was spinning out of control in the late 1970s. Realistically, looking back on that period, they were doing just fine. I think we can get the unemployment rate down very low.

Is the problem with these proposals that we are up against the ideology of work that Kathi’s described, and so Republicans will scream—no matter what—that we’re enabling the lazy?

DEAN: Well, Republicans will say that! But the reality is that people are working many more hours than they want, not by their free choice. When I encounter the argument that “you want people to be lazy,” I usually come back with, “What do you have against giving people a choice?”

PETER: There are certainly these sorts of impediments to shorter hours. But reducing work hours was also once a central part of labor politics, and that sort of fell by the wayside after World War II. We need to put back on the agenda the idea that as we become a richer and richer society, we should take some of that prosperity in the form of more free time for everybody.

What specific prescriptions would you propose?

DEAN: Work sharing has a lot of possibilities. Across the political spectrum, it makes a lot of sense to people that we’d prefer that firms respond to reductions in demand by shortening work-weeks rather than laying off workers. And in Germany, you have a conservative government that’s doing it.

KATHI: Shorter hours are a way to offer support for all of these unwaged forms of social productivity. But I would like to make one last pitch for a guaranteed basic income. It does many things that demands for full employment can’t do. For instance, we don’t have an answer to the question of who’s going to be doing the unwaged, socially necessary, reproductive labor that women traditionally do.

A guaranteed income offers remuneration for all those engaged in the kinds of activities that employers make use of but they never pay for. And it offers a more rational way to distribute income. Finally, it would do something that Dean mentioned could be achieved by full employment: give waged workers a stronger position from which to negotiate better conditions for work, because they would have the choice to exit work.