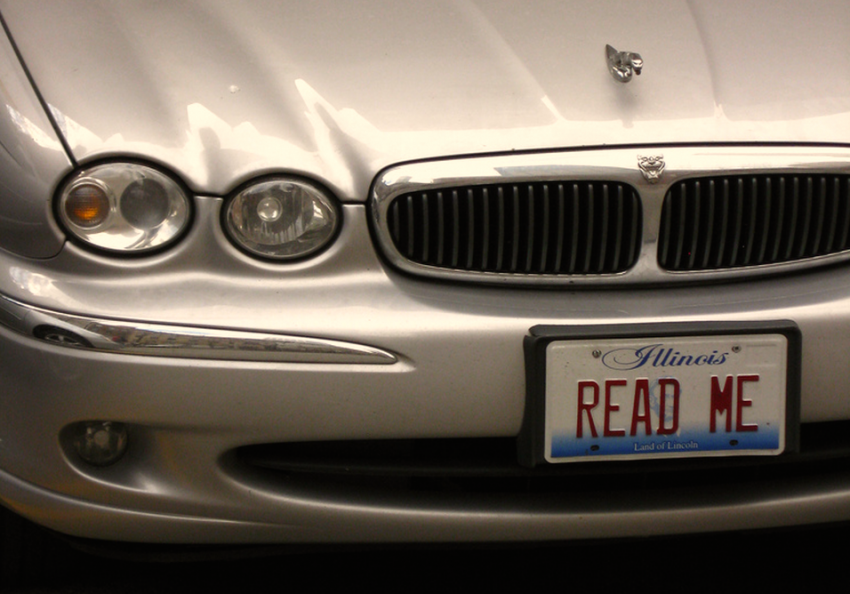 Under ACLU-Drafted Bill, Illinois Police Must Forget Where You’ve Been

Without regulations, Sen. Biss says, this type of tracking “transforms the individual’s relationship to government. What I would characterize as a commonsense definition of privacy evaporates in a world of unlimited location surveillance.”

A bill recently submitted to the Illinois General Assembly could bring strict regulation to police use of license plate tracking technology—if it can survive lobbying by industry and law enforcement and beat out several less restrictive bills.

Illinois, like most states, has no laws in place regulating police use of automatic license plate readers (ALPRs). These cameras scan the license plates of passing vehicles and automatically store the information in searchable databases. Currently, police in several Illinois cities, including Chicago and Springfield, have ALPR-equipped squad cars that continuously send this data to central police servers.

Senate Bill 1753, introduced February 20 by state Sen. Daniel Biss (D-Evanston), would end the indefinite storage of that data. The proposal—drafted with the American Civil Liberties Union of Illinois—limits the retention period of government-run ALPR databases to 30 days, unless a license plate number matches that of a wanted vehicle or a judge issues an extension for a specific case (police must then delete the data at the end of the investigation.)

ACLU of Illinois staff attorney Adam Schwartz says the bill would allow police to use ALPRs in precise, legitimate ways, while protecting the public from privacy problems associated with mass collection of location data—like the government knowing which doctors’ offices you visit. Under the bill, government agencies could continue to use ALPRs to collect traffic tolls, ticket illegally parked cars, or find an Amber Alert kidnapper, Schwartz explains. However, a police officer could no longer type in your license plate number to see everywhere you have been, or search the site of a protest for all cars that passed through.

Without regulations, Sen. Biss says, this type of tracking “transforms the individual’s relationship to government. What I would characterize as a commonsense definition of privacy evaporates in a world of unlimited location surveillance.”

ALPR cameras are also widely used in the private sector by automobile repossession, toll collection and parking enforcement companies, which pool the records in national databases. Senate Bill 1753 does not limit private-sector use, but it does limit law enforcement agencies’ access to private databases. Currently, the Chicago Police Department and the Chicago office of Immigrations and Custom Enforcement have access to the largest private ALPR database in the country, Vigilant Solution’s National Vehicle Location Services (NVLS), which contains more than 3 billion records, grows by 70 million records per month, and retains all data indefinitely. SB 1753 restricts police to using only databases with a data retention period of 30 days or less. None of the major private databases advertise having such a policy, making it likely that SB1753 would effectively end police use of networks like NVLS.

Sen. Biss says that he has already heard from industry lobbyists who want to edit that portion of his proposal. He maintains, however, that government use of private databases shouldn’t remain totally unregulated. “The problem is that, to an increasing degree, government has essentially subcontracted its surveillance functions out to private industries,” Schwartz says. “What we wanted to avoid was the situation where we stop the government from building the database of ALPR records, but the government remains free to go to the private ALPR gathering corporation which has the indefinitely long database.”

Sen. Biss says that his communications with law enforcement agencies have made clear that ALPR is being widely used in Illinois and that this is an important issue for them. The state senator says he has had “useful discussions” with law enforcement representatives, but that “we’re pretty far from agreement at this point.”

Other bills recently introduced are less restrictive of police ALPR use. “The breadth of content” in the competing bills “will give you an indication of how challenging the negotiations are with such stakeholders,” Sen. Biss says.

Senate Bill 1351, introduced by State Senator Ricardo Muñoz (D-Chicago) on February 18, offers far fewer restrictions. It limits police use of ALPR cameras and databases to situations with a “legitimate law enforcement purpose,” but does not curb retention periods or apply these restrictions to government building security systems or private systems.. Instead, it requires that law enforcement agencies create their own ALPR policies SB1351 also shields ALPR system data from the state’s Freedom of Information Act—a double-edged sword, according to Schwartz.

“On the one hand, we believe in open and transparent government where it shares everything. On the other hand, there’s location privacy here,” Schwartz says. Although the ACLU does not take issue with the limitation of FOIA records in Muñoz’s bill, it is absolutely against another provision that it says would pave the way for Illinois State Police to develop a statewide ALPR database.

State Representative Peter Breen (R-Lombard) introduced House Bill 3289 into the Illinois General Assembly on February 25. Like Biss’s, it limits law enforcement retention of ALPR data to 30 days, but unlike Biss’s, it imposes a penalty:  Any violation would be a Class A Misdemeanor, which can lead to a prison sentence of up to one year and/or a fine of up to $2,500. However, Rep. Breen’s proposal does not include any limitation on law enforcement use of private databases. (Nor does it shield ALPR data from FOIA disclosures).

All three bills are currently in Senate and General Assembly committees, awaiting further action. If one passes, Illinois will become the 11th state to enact a law regulating ALPR use.

CAP Publicly Distanced Itself From the UAE. 8 Months Later, It Was Still Meeting with UAE Lobbyists.