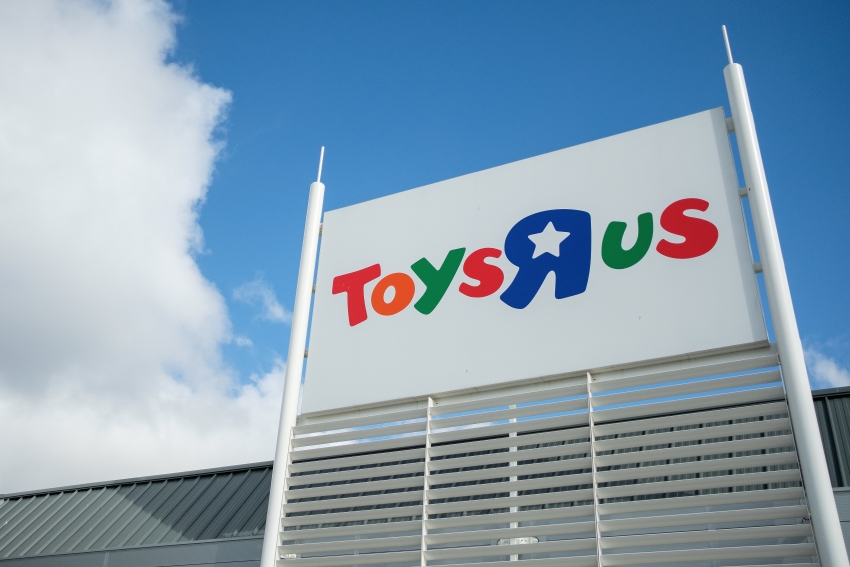 After filing for bankruptcy, Toys R Us faces the prospect of closing its 1,600 stores for good. (Leon Neal/Getty Images)

Private equity might be a more vulgar form of managerial exploitation, but its pathologies are the same. Cut-rate wages, insecure jobs and rigid hierarchical decision-making.

Since Toys “R” Us filed for Chapter 11 bankruptcy in late September there has been much speculation as to what, or who, is to blame for the iconic toy company’s collapse. Some commentators have pointed to a general decline in the toy industry, with kids increasingly preferring app-based digital games to physical ones. Others have cited the company’s poorly constructed website and overpriced products, as compared to competitors like Walmart and Amazon.

As the story goes, Toys “R” Us was selling increasingly unpopular products inefficiently and at prices that didn’t reflect the current economic landscape. So is it really a surprise that the company was finally forced to file for bankruptcy, potentially closing its 1,600 stores in 38 countries for good?

Yes, genuine market forces such as bad pricing models or changing consumer preferences could be to blame. Goods cost more to produce. Tastes change. Mistakes are made.

Upon closer examination, however, this analysis doesn’t hold up. First, the global toy industry isn’t in decline. In fact, it’s been growing consistently over the past five years. Physical toys may be less popular in the United States than they once were, but internationally—particularly in Asian and Latin American countries—the play business is booming. And most of Toys “R” Us’s profits actually come from its Babies “R” Us affiliate which sells not just toys but also health, safety and educational tools for infant care.

Yet most importantly, this analysis fails to account for how Toys “R” Us wound up so deeply in debt in the first place. In 2005, as the company’s stock was regularly losing value due to mediocre sales, management decided to sell the company in a leveraged buyout to a trio of buyers, real-estate-investment trust Vornado Realty Trust and private equity firms KKR and Bain Capital.

This trio played a critical role in the downfall of Toys “R” Us, through imposing massive debt obligations on the company and requiring it to pay back its debts so that its buyers could turn a profit. Meanwhile, the finances of the company were thrown into disarray and employees were hit with wave after wave of layoffs.

How it got this bad

Vornado Realty Trust, KKR and Bain Capital financed 80 percent of the purchase of Toys “R” Us, so while the company sold for $6.6 billion, the trio only contributed $1.3 billion. As part of the purchase agreement, the companies also agreed to take responsibility for all of Toys “R” Us’s long-term debt obligations, which at the time totaled $2.3 billion. Once Toys R Us was taken over, however, the debt Vornado Realty, KKR and Bain used to acquire it was pushed back onto the company, skyrocketing its debt obligations to $7.6 billion.

Toys “R” Us has been paying $400 million a year to service these debts. This money could have been used to lower prices or improve the company’s website—not to mention raising pay to its employees—but instead went to paying off creditors. Last year, the company reported a loss of $29 million. If it weren’t for these debt payments, Toys “R” Us would have run a substantial profit.

Vornado Realty, KKR and Bain tried to cash in by taking Toys “R” Us public from 2010 to 2013 but ultimately failed. Since then, Vornado has incrementally “written down” their investment in the toy company to zero, meaning they see their shares as essentially valueless.

The pattern followed by Toys “R” Us is typical in private equity takeovers. Management is bought off: John Eyler, CEO of Toys “R” Us, was compensated $65.3 million upon the buyout’s completion. Employees have no say in the matter. Then come the layoffs, debt transfers and shortsighted asset sales. Funds are earmarked to pay down debts—Toys “R” Us was spending more annually on debt payments than it was on its website and stores—even as cash reserves are depleted. Before the buyout, Toys R Us had $2.2 billion in reserves. As of 2017, that number is down to $301 million.

Just two months ago, Toys “R” Us was still trying to renegotiate its debt agreements with its creditors. But on September 6, CNBC reported that Toys “R” Us was flirting with bankruptcy—possibly just as a negotiation tactic—and investors panicked. Vendors started asking for cash payments for their services and, in some cases, that all accounts be paid off. Bond prices plummeted to 18 percent of their face value and upfront costs for debt insurance went up 2,500 percent.

Outside of small shops, American retail is having a tough time. There have been 35 retail bankruptcies this year alone, with many of these retailers being purchased in leveraged buyouts including Payless Shoes, The Limited and Wet Seal.

Private equity groups have played a significant role in this downward turn for retail. But they are not the only culprits: corporate executives are often let off the hook despite their corruption and complacency in such takeovers. Private equity might be a more vulgar form of managerial exploitation, but its pathologies are the same. Cut-rate wages, insecure jobs and rigid hierarchical decision-making.

Toys “R” Us’s company statement for the bankruptcy court started with a lyric from its theme song, “I don’t want to grow up, I’m a Toys “R” Us Kid/ There’s a million toys at Toys R Us that I can play with.” No doubt private equity managers can relate to the song’s carefree impulse. With hordes of cash, low capital gains taxes and employer-employee power relations as they are, private equity firms see a million playthings like Toys “R” Us around the world that they can play with.

Mark Dunbar is a freelance writer based in Indianapolis. He can be reached by email at mark.dunbar1988@gmail.com or on Twitter at @Mark1Dunbar.