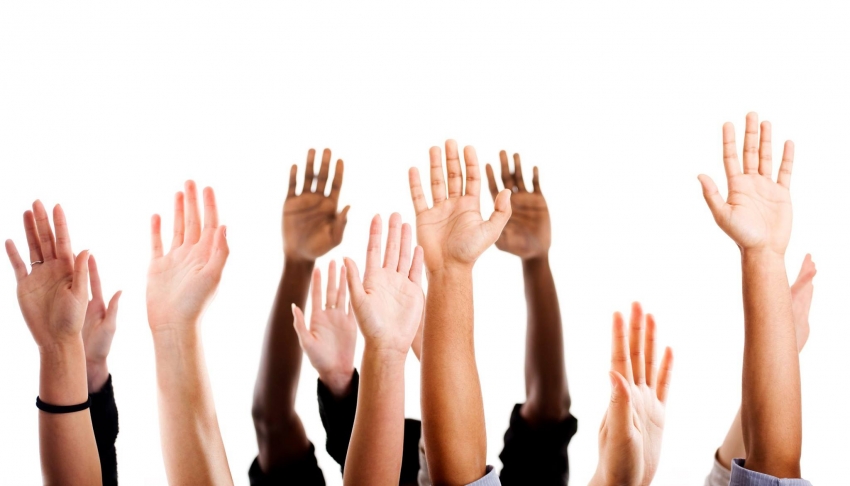 Ranked Choice Voting Is On a Roll: 6 States Have Opted In for the 2020 Democratic Primary

We can get rid of the “spoiler” effect and make our elections more democratic. In fact, it’s already happening in states across the country.

Let’s embrace choice, fairness and a truly representative democracy in which the majority really rules.

The 2020 Democratic presidential primary is shaping up to be an all-out brawl for the nomination. With multiple candidates boasting impressive fundraising hauls, and momentum seemingly shifting week to week, it’s unclear if any Democrat will rise as the consensus nominee. And as a number of campaigns are being fueled by small-donor contributions, candidates have little incentive to drop out of the race, no matter their standing in the polls.

That’s a recipe for tumult, division and a plurality nominee, potentially pushing Democrats into the same position as Republicans in 2016—led by a standard-bearer who couldn’t command majority support in his own party.

Luckily, there’s an easy way to solve this problem, and a number of states are already taking dramatic action that could change the very nature of our elections.

Six states plan to use ranked choice voting (RCV) for their 2020 Democratic primaries or caucuses, including for all early voters in Iowa and Nevada, and all voters in Alaska, Hawaii, Kansas and Wyoming. These states will adapt RCV to Democratic Party rules—last-place candidates will be eliminated and backers of those candidates will have their vote count toward their next choice until all remaining candidates are above the 15 percent vote threshold to win delegates.

State parties made this change because they realize allowing voters to rank their choices—especially in a crowded field that includes many experienced and well-funded candidates—makes everyone’s vote more powerful. RCV has the additional advantage of putting an end to vote splitting, the problem of “spoilers” and even the possibility of a nominee who lacks majority support inside the party.

It’s a bold move, and it comes at a time when many presidential candidates including Bernie Sanders, Elizabeth Warren, Michael Bennet, William Weld, Andrew Yang, Seth Moulton and Beto O’Rourke have indicated they support RCV.

In 2017 and 2018, Maine voters passed and affirmed ranked choice voting in trailblazing ballot measures. RCV saw its first use in gubernatorial primaries last spring and in fall congressional races. It made an immediate impact.

In Maine’s 2nd District, incumbent GOP Rep. Bruce Poliquin finished the first round with a narrow lead over Democratic challenger Jared Golden—but far short of the 50 percent necessary to win. Poliquin earned 46.4 percent, compared to 45.5 percent for Golden. Two independents split the remaining—and decisive—8 percent. Second-place votes broke toward Golden and in the end, he defeated Poliquin by less than 3,000 votes.

In June, after seeing RCV in action, both chambers of the state legislature approved a reform that could begin a political transformation. The state House and Senate overwhelmingly adopted ranked choice voting for presidential general elections as well. A procedural issue has so far kept the bill from reaching Gov. Janet Mills, but that still can happen in the coming months.

What would RCV on the presidential level mean in action? Americans could have the power to rank their candidate preferences in order, and no longer would voters have to settle for the “lesser of two evils,” or complain that a third-party candidate was some kind of spoiler.

Add RCV to the equation, however, and it’s an entirely different conversation. Voters of these third parties would be welcomed rather than alienated. RCV simulates an instant runoff if no candidate reaches 50 percent of the vote, so if a third-party candidate finishes out of the running, those votes are reallocated to second choices, ending any spoiler effect.

But more importantly, it’s easy to imagine how Americans might get to choose from a rich bounty of perspectives in a presidential election—and with RCV, voters would be able to magnify their vote and their voice at precisely the moment when most Americans go to the polls.

Two of our last five presidents have taken office without winning the popular vote. Four of the last seven elected presidents have failed to earn a plurality. That’s a key reason why our politics remains so polarized and divisive even after an election.

Let’s embrace choice, fairness and a truly representative democracy in which the majority really rules. Maine has led the way, and now we’re seeing a slew of states stepping up in the 2020 presidential race. We shouldn’t be stuck choosing the lesser of two evils. Our political debate shouldn’t be stuck in the same frustrating partisan quicksand, or the same angry dismissals of candidates and voters who dare stand outside the conventional two-party process.

Trust voters. Trust democracy. It shouldn’t be that complicated. And the growing momentum behind RCV makes all of this a real possibility.

David Daley is the author of the national bestseller “Ratf**ked: Why Your Vote Doesn’t Count” and a senior fellow at FairVote.