Christine Baskets is unlike any character you’ve seen on television. The heart of FX’s existential comedy Baskets, she is a heavyset, thin-lipped matriarch, simultaneously formidable and endearing. She carries her extra weight like armor, and yet, her body reveals unspoken vulnerability — a lifetime of shame and disappointment. You take one look at her no-nonsense face and immediately want her to like you, to approve of you. A Reagan fangirl, she thinks it’s just as honorable for her child to get a job at Arby’s as it is for him to pursue his art. She’s played by veteran comic Louie Anderson.

Created by masters of pathos Louis C.K., Zach Galifianakis and Jonathan Krisel, Baskets follows the exploits of Chip Baskets (Galifianakis), a failed clown with the soul of an artist and the talent of a groupie. After flunking out of a prestigious Parisian clown academy, he slinks home to the dusty suburb of Bakersfield, California, an oil-rich industrial hub popularly regarded as being a place people escape from, not flock to. Broke, bereft, and yearning to perform, he grudgingly returns to the suffocating bosom of his mom, the aforementioned Christine, and takes an unforgiving role as the local rodeo clown. 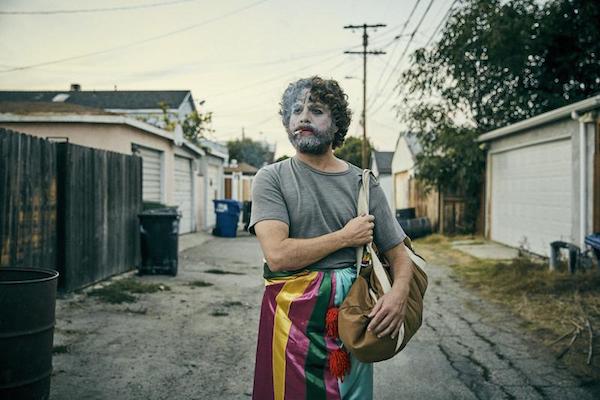 The series is an absurdist, quixotic half-hour that relies on enough gallows humor to compare it to other ​“sad auteur comedies.” But unlike Transparent, Fleabag, or Lady Dynamite, which also explore grief and displacement, Baskets’ characters don’t live in a wealthy, liberal, or cosmopolitan city. Instead, the show strives to showcase people on the margins of popular imagination: drifters, Juggalos, aging cowboys and ordinary, chain store-fanatic suburbanites. A sublime portrait of the American west — you can practically taste the grit in your mouth — the show is also television’s most empathetic portrayal of rural, working class America.

Although a dramedy, Baskets may be most closely mapped to broad, network sitcoms the likes of Roseanne, My Name is Earl, The Middle, and Mom—comic social realist constructions of America’s white poor. (Roseanne is perhaps also the last time a morbidly obese middle-aged woman led a comedy before Baskets debuted last winter. Given the connection between weight and class, it’s unsurprising that both series critique American social stratification.) Baskets, however, flips the script: the inhabitants of this world aren’t treated as mere ​“yokels” with quotidian tastes, but as three-dimensional humans with longings and insecurities. In fact, most laughs derive from Chip’s pretensions — his attempts at ordering bougie lattes from convenience store clerks or styling himself a modern Pierrot at the rodeo.

As widening U.S. socioeconomic divides threaten to tear us apart at the seams, a show like Baskets takes a loving lens to a so-called flyover community and serves to remind urban viewers that beyond the people outside of the left-leaning, city-dwelling bubble are people, not mouthpieces. To an audience unfamiliar with pastoral life (or grateful to have escaped suburbia), the series has the capacity to soften the viewer whose heart has been calcified through years of sniping with faceless red-state social media commentariat.

Where any other comedy would go for the jugular with condescending barbs aimed at the conservative, salt-of-the-earth locals, Baskets rewrites clichés of rural life. In one of the best episodes of the first season, Chip ventures into the wilderness with his boss, Eddie, a straight-shooting, elderly bronco. Chip believes they are on a quest for cowboy justice, but in the tender denouement, our protagonist discovers that Eddie’s version of ​“settling accounts” means handing off his pistol to an estranged teenage son who lives on a reservation. ​“It totally screwed my life up. So you’re old enough now. You may as well have it.”

Beyond its twists, Baskets true strength is its ability to heal — a soul-cleansing experience for the viewer, a ritualistic rebirth for those of us who have ached through a tumultuous election season and its aftermath. We are no better, no smarter, no more sophisticated than the beautiful, traumatized Mrs. Baskets. We have seen her pain, but we can feel her triumph.

Robyn Bahr is a film and television critic whose writing has appeared in the Village Voice, Slate and other publications. She tweets @RobynBahr.
Have thoughts or reactions to this or any other piece that you'd like to share? Send us a note with the Letter to the Editor form.
Similar articles
ViewpointRural America
Welcome to the Pyrocene
Our society’s appetite for one kind of burning—fossil fuel combustion—has thrust us into a new Fire Age that is reshaping the Earth.
Stephen Pyne
DispatchRural America
Indigenous Water Protectors Face Off Against the “Pandemic Pipeline”
Biden halted Keystone XL, but Enbridge’s Line 3 would pipe the same tar sands oil into the U.S. and across Anishinaabe treaty lands.
Clara Liang
Rural America
Agricultural Workers Lose Millions of Dollars Each Year to Employer Wage Theft
It’s against U.S. labor laws, but that hasn’t stopped employers from withholding more than $65 million in worker wages over the last two decades.
Pramod Acharya
Join our newsletter
Fearless journalism, emailed straight to you.
Subscribe and Save 66%