To Save Rural Iowa, We Must End Monsanto’s Seed Monopoly

Iowa farmers face a crisis. Crop prices have fallen by more than 50 percent since 2013, with no end in sight. At the same time, farmers hold more debt and possess fewer capital reserves to fall back on. In fact, farmers’ debt levels are almost as high as they were prior to the farm crisis of the mid-1980s.

Meanwhile, a wave of mergers among the world’s agricultural giants is upending the markets for seeds, fertilizers, and pesticides. If approved, the proposed merger would result in just two companies — Monsanto-Bayer and Dow-DuPont—controlling about three-quarters of the U.S. corn seed market. The power that these corporations would hold in the seed market is unprecedented.

Farmers are already being squeezed. The price of corn seed has more than doubled in the past ten years — from $51 per acre in 2006 to $102 in 2015—as a result of similar consolidation, including Monsanto’s purchases of DeKalb and Cargill’s international seed business. If the Monsanto-Bayer merger is permitted, this problem will only intensify, further limiting farmers’ choices and making the products they need even more expensive. 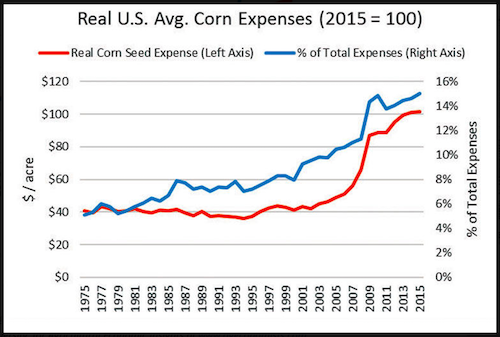 The merger does not just strengthen Monsanto’s control over the corn seed industry. It also helps them grow their dominance in other areas, like fertilizers, pesticides and precision farming technology. Monsanto’s goal is to bundle all of these products together, sort of like how a cable company bundles internet, phone, and television. And just like with most cable companies, the service will be overpriced and shoddy because it will leave farmers with no other option.

Yet this mega-merger is moving forward with barely a murmur of concern from our elected officials in Washington. Not a single senator raised this matter at confirmation hearings for Secretary of Agriculture Sonny Perdue. Even worse, the nominee to lead the Department of Justice’s Antitrust Division is a former lobbyist who asserted in a recent interview that ​“a monopoly is perfectly legal.” It is not surprising that Monsanto and Bayer alone spent $120 million in the last decade on lobbying elected officials at the federal level. 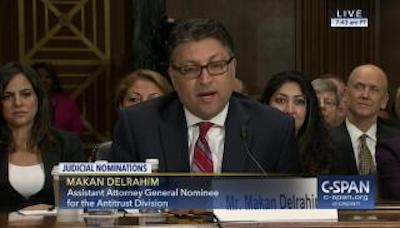 And while stopping the Monsanto-Bayer merger would be a good first step, we need to go even further to prevent these giants from bullying Iowa farmers. Monsanto and other agricultural giants like it are just too big. A century ago, President Teddy Roosevelt broke up the trusts and monopolies of his time because he understood that the deck was stacked against consumers, farmers, and small businesses.

We need to take a cue from Teddy Roosevelt and break up Monsanto and other Big Ag corporations like it. Time and time again, studies have shown that monopolies result in less innovation, fewer choices, and higher prices for farmers and consumers. We cannot continue to line the pockets of wealthy executives in far-off big cities. By breaking up these giants, we can restore competition and bring vitality back to Iowa’s rural communities. 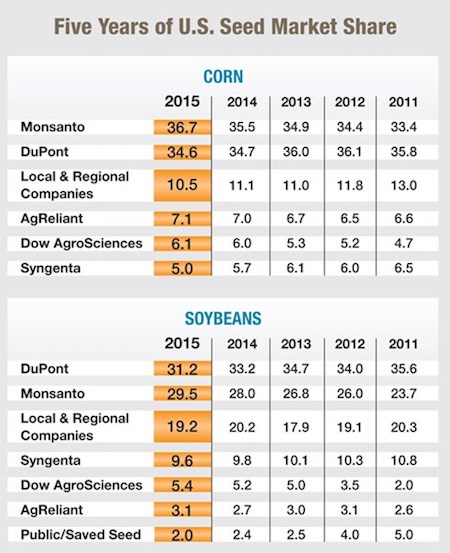 (​“To Save Rural Iowa, We Must Oppose Monsanto-Bayer Merger” was originally published as an op-ed in the Des Moines County Register and is reposted on Rural America In These Times with permission from the author.)

Austin Frerick lives in Winterset, Iowa and is a former economist at the U.S. Department of the Treasury. Follow him on Twitter @austinfrerick.
Have thoughts or reactions to this or any other piece that you'd like to share? Send us a note with the Letter to the Editor form.
Similar articles
Rural America
Meet the Appalachian Women Facing Down the Mountain Valley Pipeline
Across years and several southern states, these organizers have helped drive the massive gas pipeline to the brink of defeat.
Ben Bolling
Rural America
In North Carolina’s Tobacco Fields, Guest Workers Battle the “Green Monster”
The state’s tobacco harvest increasingly relies on guest workers, who face nicotine poisoning and what advocates say are inadequate labor protections.
Da Yeon Eom
Rural America
Here’s How Biden Could Help Fix the Rural Healthcare Crisis
Since long before Covid, rural health has suffered from federal misunderstanding and neglect.
Lauren Hughes and Sameer Vohra
Join our newsletter
Fearless journalism, emailed straight to you.
Subscribe and Save 59%