The Army Corps of Engineers, acting under directions from the Trump administration, violated the law when it approved the completion of the Dakota Access Pipeline (DAPL) on February 8. That’s according to a ruling issued by U.S. District Judge James Boasberg on June 14―two weeks after Energy Transfer Partners, the company behind DAPL, announced that the pipeline was fully operational.

According to Boasberg’s 91-page decision, the Corps ​“failed to adequately consider the impacts of an oil spill on Standing Rock’s fishing and hunting rights and on environmental justice.”

“This is a major victory for the Tribe and we commend the courts for upholding the law and doing the right thing,” said Standing Rock Sioux Chairman Dave Archambault in a statement. ​“The previous administration painstakingly considered the impacts of this pipeline, and President Trump hastily dismissed these careful environmental considerations in favor of political and personal interests.”

The Court’s decision follows nearly a year of legal challenges from the Standing Rock and Cheyenne River Sioux tribes, who had sought to stop the pipeline from being bored beneath Lake Oahe on the Missouri River, just north of their reservations. Both tribes rely on the Missouri for their drinking water. 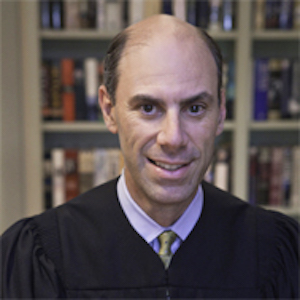 The Standing Rock tribe initially argued that the clearing of land for the pipeline right-of-way would destroy sites of historical and religious importance to the Lakota people and so would violate the National Historic Preservation Act. The Cheyenne River tribe contended that the flow of oil in the pipeline would desecrate the sacred waters of the Missouri River and so violate the Religious Freedom Restoration Act. Judge Boasberg ruled against the tribes in both cases.

In this third and most recent attempt, the Standing Rock tribe argued that the Corps’ decision to permit the pipeline without conducting an Environmental Impact Statement (EIS) violated the National Environmental Policy Act (NEPA) — and this time the Court agreed, at least in part.

Under NEPA, an agency is required to complete an EIS for any federal action ​“significantly affecting the quality of the human environment.” To avoid an EIS, a detailed and comprehensive document that can take years to complete, an agency must conduct an Environmental Assessment (EA) that returns a Finding of No Significant Impact (FONSI) or a Mitigated FONSI — an explanation of how risks will be reduced or avoided. In the case of the 1,200 mile DAPL, the Corps published a Mitigated FONSI in July 2016 — despite calls for an EIS from the tribes and the U.S. Department of the Interior, and serious criticism of the study’s findings from the Obama Administration Environmental Protection Agency.

The final EA, Judge Boasberg points out, ​“was prepared by Dakota Access with involvement from the Corps, as is permitted, when certain conditions are met.”

As pipeline construction continued toward Lake Oahe through the late summer and early fall of 2016, the tribes’ efforts to stop the pipeline turned to protest and direct action. The now famous pipeline resistance camps blossomed along the northern border of the Standing Rock Reservation, and their inhabitants, who called themselves water protectors, put their bodies on the line to try to slow or halt the pipeline’s advance. More than 700 were arrested and many were wounded. On Dec. 4, 2016 as thousands more supporters poured into the main Oceti Sakowin camp to defend it against a police eviction deadline, the Corps announced that it had decided not to issue the final easement for DAPL to cross Lake Oahe until it could complete a full EIS.

But, as Judge Boasberg notes, ​“elections have consequences, and the government’s position on the easement shifted significantly once President Trump assumed office on January 20, 2017.” Four days after taking office, Trump, who received more than $100,000 in campaign contributions from the CEO of the company behind DAPL, ordered the Corps to do everything it could to expedite the completion of the pipeline. The Corps promptly called off the already-started EIS on February 3 and issued the easement on February 8.

In doing so, Judge Boasberg ruled, the Corps was largely within the law. However, the Court agreed with the Standing Rock tribe on three important points: One, the Corps failed to adequately consider the impact of an oil spill on the tribe’s hunting and fishing rights. Two, the Corps did not adequately address expert scientific criticisms of the agency’s oil spill risk analysis. And three, the Corps failed to consider the effects of an oil spill on environmental justice — that is, the ways in which a spill would disproportionately affect minority and low-income people. Judge Boasberg ordered the Corps to reconsider those aspects of its environmental analysis.

Jan Hasselman, the Earthjustice attorney who represents the Standing Rock Sioux Tribe, hailed the decision as ​“a vindication of the concerns the pipeline has raised from the very beginning.” He also warned, however, that this is not ​“the last word on the pipeline’s legality or operations.” The Court did not explicitly direct the Corps to complete an EIS, and it is likely the Corps may simply try to supplement its EA and FONSI — in which case Hasselman promises more litigation.

There is also the question of whether the pipeline will have to shut down pending further review. Normally, Hasselman writes, ​“when a permit is issued in violation of NEPA, the appropriate remedy is to ​‘vacate’ that permit.” The Court is still weighing that decision, and Hasselman expects a ruling in the next month or two.

“The Tribe’s position is clear,” he writes. ​“Until there has been a thorough analysis of the risks and consequences of operating this pipeline … the pipeline should not be operating.” 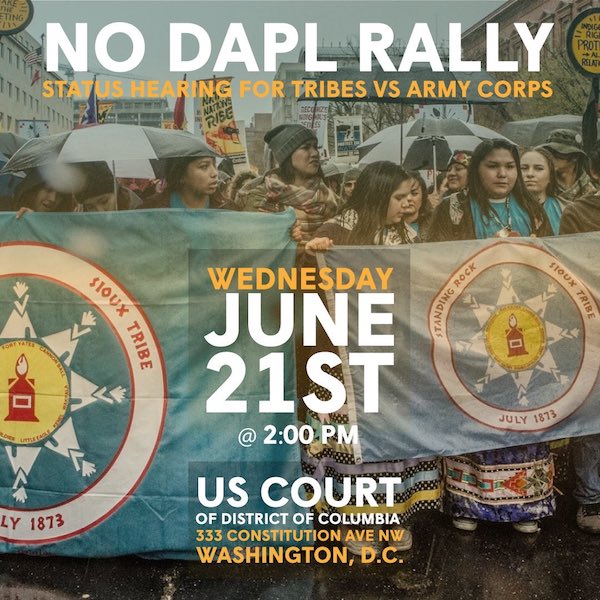 A rally is being held today, June 21, in Washington D.C. during a scheduled hearing with the Standing Rock Sioux tribe and the Army Corps of Engineers. (Image: Twitter)

Joseph Bullington grew up in the Smith River watershed near White Sulphur Springs, Montana. He lives now in Livingston, where he works as an independent journalist, part-time ranch hand and the editor of Rural America In These Times.
Have thoughts or reactions to this or any other piece that you'd like to share? Send us a note with the Letter to the Editor form.
More articles by Joseph Bullington
ViewpointRural America
2020 Was The Year the Mask Came Off
We learned some things this past year that we shouldn’t forget. Here’s a roundup of stories from Rural America In These Times that bear re-reading.
ViewpointRural America
No Parks for the Poor
In the face of budget cuts, some land management agencies are ramping up user fees — and betraying the egalitarian promise of public lands.
Rural America
‘People Are Still Putting Their Bodies on the Line to Stop this Pipeline’
A court found that the Dakota Access Pipeline was built unlawfully. These water protectors are still in prison for trying to stop it.
Similar articles
ViewpointRural America
On Environment, Biden Needs to Do a Lot More than Roll Back the Rollbacks
President Trump gutted almost 100 environmental protections. Here’s a list of the ones Biden should undo first and why he must not stop there.
Jonathan Thompson
Rural America
‘An Abrupt Wake-Up Call’: Alaska Peers into a Future Without Oil
Yereth Rosen
Rural America
The Local Foods Movement Has Made Half a Revolution. For the Other Half, We Need a Green New Deal
Anthony Flaccavento
Join our newsletter
Fearless journalism, emailed straight to you.
Subscribe and Save 66%