To Save Species from Extinction, We Must Consider More than Just Numbers

Around the world, animals and plants are disappearing at alarming rates. In May 2019, a major U.N. report warned that around one million species were at risk of extinction — more than at any other time in human history.

Conservation scientists like me focus on predicting and preventing extinctions. But we see that as an essential first step, not a final goal. Ultimately, we want species to recover.

The challenge is that while extinction is easy to define, recovery is not. Until recently, there was no general definition of a ​“recovered” species. As a result, some species recovery plans are much less ambitious than others, and scientists don’t have a common yardstick for recognizing conservation successes.

To address this challenge, the International Union for the Conservation of Nature​’s Species Survival Commission — the world’s largest network of conservationists — is developing a Green List of Species to highlight species recovery. This tool will complement the well-known Red List, which highlights endangered species.

To know how much conservation has accomplished, and to encourage ambitious conservation goals, we need an objective way to measure progress toward a species’ recovery. Studies of recovery plans developed under the U.S. Endangered Species Act show that some plans consider a species recovered even if its population remains the same or shrinks during the recovery effort. A standard definition of recovery would prevent such inconsistencies and encourage wildlife managers to aim higher.

Conservation scientists have long attempted to identify different facets of species recovery. Reviewing these efforts, our team came up with several requirements for considering a species fully recovered.

As I explain with an international group of colleagues in a new study, one key idea is that populations of the species should be ​“functional.” By this we mean that they are able to perform all the roles that the species is known to play in ecosystems where it exists. This may seem like an obvious measurement, but in fact, some species that are considered to be ​“recovered” in the U.S. fail this test. 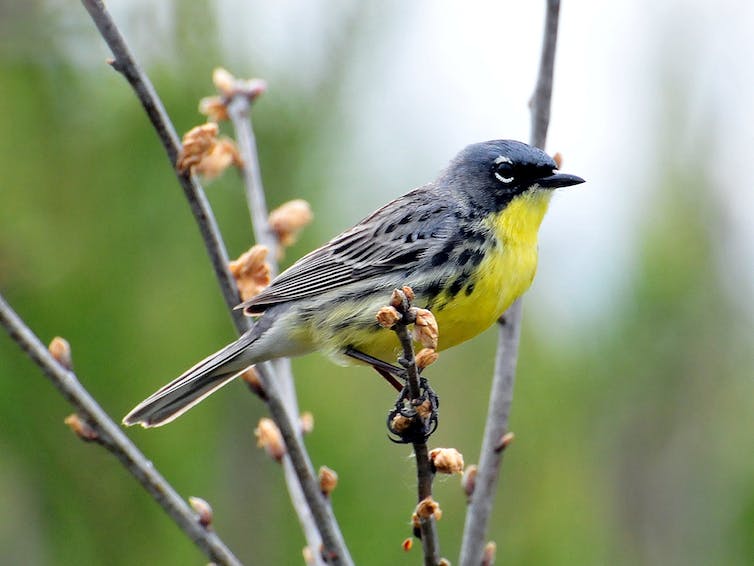 The Kirtland’s Warbler was declared recovered in the U.S. in 2019, but will still rely on land managers to maintain stands of jack pine where it nests and control parasitic cowbirds that prey on it. (Photo byJoel Trick/U.S. Fish and Wildlife Service)

Each species has many kinds of ecological functions. For example, bees help plants reproduce by pollinating them. When birds and bats eat fruits and later excrete the seeds, they help forests regenerate.

Similarly, when salmon swim upstream to spawn and then are consumed by bears and other predators, that process moves essential nutrients from the oceans up into rivers and forests. And when flammable grasses burn in the U.S. Southeast, they fuel fires that maintain longleaf pine forests.

All these critical functions are possible only when enough members of the key species are present. Put another way, keeping a species alive is not enough – it also is essential to keep its functions from going extinct.

Reintroducing wolves to Yellowstone National Park has spotlighted the wolves’ ecological functions as regulators of grazing species. However, wolves once influenced much larger areas than they currently occupy.

Scientists have known for decades that species may persist at such low numbers that they do not fulfill the ecological roles they used to perform. This can be true even if significant numbers of animals or plants are present.

One example is the American Bison, which is a great conservation success story in terms of preventing its extinction. Hunting reduced bison to just a few hundred individuals in western states at the end of the 19th century, but conservation initiatives have restored them to public, private and Native American lands across the West.

Today bison do not appear to be at risk of extinction. However, they occupy less than 1% of their historical range, and most of the roughly 500,000 animals that exist today are raised for commercial purposes. Fewer than 20,000 bison live in conservation herds – a small fraction of their pre-Columbian population, which totaled millions or tens of millions.

The chart shows the current IUCN classification for American bison. (Graphic courtesy of the International Union for the Conservation of Nature)

Before they were reduced to near-extinction, bison shaped prairie habitats and landscapes through wallowing, pounding and grazing. They influenced ecosystems by converting vegetation into protein biomass for predators, including people, and by redistributing nutrients in these ecosystems.

Even though bison are not at risk of extinction, for the purposes of their contributions to the ecosystems and landscapes they once inhabited, I believe the species should be considered to be functionally extinct and not a fully recovered species.

This does not mean its conservation is a failure. To the contrary, according to new conservation metrics that I and other scientists have proposed for the Green List, the bison would receive high scores on several counts, including Conservation Legacy – meaning it has benefited significantly from past protective efforts – and Conservation Gain, or potential to respond positively to further initiatives. 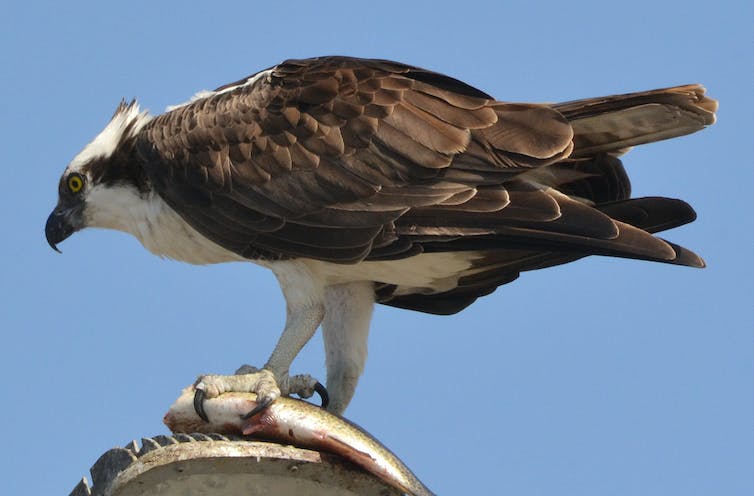 For contrast, consider another species widely viewed as a conservation success story: The osprey. Populations of this fish-eating bird of prey crashed across North America in the 1950s to 1970s, primarily due to poisoning from the insecticide DDT and its derivatives.

Conservation efforts since then, including a federal ban on DDT and provision of nesting structures, have resulted in a dramatic recovery, back to population levels before the declines. Actually, many U.S. and Canadian populations of Osprey now exceed historical numbers. Under the Green List criteria we are proposing, this species would now be considered ecologically functional in most if not all parts of its range.

Conservation scientists have long considered a species’ influence on others and on the ecosystems it inhabits to be a fundamental aspect of its essence and its intrinsic value. The Green List of Species initiative seeks to go beyond simply preventing extinctions to defining recovered species as those that are ecologically functional across their natural ranges. This new focus aims to encourage conservation optimism by highlighting success stories and showing that with help, species once at risk can reclaim their places in the web of life.

Check out the options
H. Resit Akcakaya is Professor of Ecology and Evolution at Stony Brook University of The State University of New York.
Have thoughts or reactions to this or any other piece that you'd like to share? Send us a note with the Letter to the Editor form.
Similar articles
Rural America
The Curious Case of Carter County: How a Small Town in Montana Stopped Shrinking
On the Great Plains, these days, rural towns tend to wither. But in remote eastern Montana, one community is bucking that trend. How?
Eric Dietrich
Rural America
Study: “Salmon Remain on the Brink of Extinction. And Time Is Running Out.”
Between dams and warming waters, West Coast populations of wild salmon have plunged by 98%. What will it take to stop the decline?
Tara Lohan
Rural America
The EPA Responded to a Respiratory Virus by Relaxing Pollution Controls
Major polluters were deemed 'essential.' Under EPA policy, environmental and safety inspectors were not.
Victor B. Flatt and Joel A. Mintz
Join our newsletter
Fearless journalism, emailed straight to you.
Subscribe and Save 66%