An Informed Public Threatens Those in Power, But Our Public Is No Threat

According to recent polls, only 20 percent of Americans know how many U.S. Senators there are, and only one in seven young Americans could identify either Iraq or Afghanistan on a world map. A majority of Americans were unable to name more than one of the protections guaranteed by the First Amendment to the Constitution.

This is, after all, the country in which the Flat Earth International Conference was held in 2017 (make sure to check it out this November in Denver), and featured workshops with names like ​“NASA and other Space Lies” and ​“It’s Flat Like God Made It.”

Perhaps less mind-blowing, but equally disturbing and far more hazardous, is our acceptance of ​“news” that is delivered to us. The meme ​“fake news” has been making its way around our cosmos over the past couple of years, thanks to a Trump administration that polls really well with the flat-earthers. But the truth is, on many topics, we have ​“diluted” news. They are summaries of what’s happening in our country, but rarely explain why.

It is at our own peril that we do not understand why what’s happening in our country is happening. Nor do we understand how our system of government and law not only allows the why, but supports it.

When we understand the ​“why,” we are a dangerous public to those in power. Not knowing the ​“why” makes us easier to control.

Take a recent story that is playing out in Washington State over the export of coal from the United States to Asia. As is often the case, the Associated Press covered the story, and that article was then picked up and published by newspapers across the United States. Headlined ​“Coal Company Sues Washington State Over Coal-export Terminal,” the article was three sentences long, and read, in total:

Developers of a massive coal-export terminal proposed on the Columbia River have sued Washington State over the project. Utah-based Lighthouse Resources sued in federal court in Tacoma Wednesday, alleging that state officials violated federal laws in delaying and denying permits for its Millennium Bulk Terminals-Longview project. The project would move coal mined in U.S. Western states through a terminal in Longview, Washington for export to South Korea, Japan, and other Asian markets.

Okay, so I’m a reader of the story; what do I take from it? The government of Washington State turned down a company’s request to export coal through a shipping terminal, and the company is suing the state to overturn the state’s decision.

Chalk another one up to a difference of opinion on whether we should be exporting coal.

Stifle a yawn. Turn the page.

But, as Paul Harvey famously said, ​“now for the rest of the story.”

The real story (and why it isn’t told)

A more precise headline would be ​“Coal Export Corporation Sues Washington State for Violating its Constitutional Rights by Denying Construction of Terminal.”

Such a headline would be more likely to lead to an array of questions by readers, including:

Readers may then find themselves with even more probing questions, such as:

Because, as it turns out, such lawsuits — the use of courts by corporations to override governmental decisions on the basis of corporate ​“rights” — are commonplace; in fact, they’re just how things are run.

Those questions never get asked, because there’s no reason to ask them. The lawsuit plays out as a game between corporate and governmental lawyers.

Out of sight and out of mind.

The truth is, our system of government has become so specialized, centralized, and professionalized, that our sole contact with ​“our” system is usually casting a vote on Election Day. And we don’t even do that well anymore. In the United States today, only 38 percent of the population casts a vote. In a close presidential race, that means the winning candidate is only supported by 19 percent of the overall population. That’s hardly a mandate. It’s more like the tail wagging the dog.

Democracy means more than just voting, however. It means understanding the system which governs us, and course-correcting that system. That may mean organizing to throw people out of office, supporting certain laws and policies, drafting and enacting our own laws, or making more bedrock change like correcting the power imbalance between corporations and our own governments.

But without even a cursory understanding of how the system isn’t working, we can’t elect the right people, let alone directly control our system of government. After all, if we don’t have the information we need to understand simple newspaper articles, how are we equipped to take the steps necessary to stop climate change or rein in corporations?

An informed, critical thinking public is a pain in the ass to those in power, because it doesn’t make governing easy. With an uninformed, passive public, the system bends and turns according to the needs and wants of those with wealth and power.

Getting informed (and learning to fly)

When we’re done mourning the system that we thought existed, we need to begin the hard work of thinking for ourselves.

It’s critical work that has preceded all of the great social movements. Whether it was Chico Mendes in the rainforest; Lucy Stone of the women’s suffrage movement, or Wendell Phillips of the abolitionists; the first step in doing anything real was to create a space where people could fully understand how the existing system functioned. 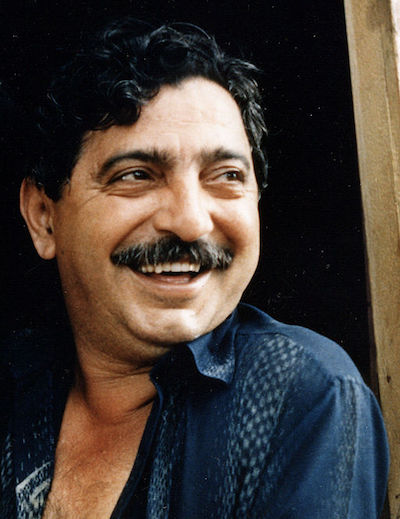 To that end, the abolitionists showed the day-to-day reality of slavery to people, triggering a moral and ethical duty to act. The suffragists reminded women of what it was like to be owned and used. The rubber tappers reminded the world of the impact of its insatiable hunger for the destruction of the planet and indigenous communities.

Then they dared to imagine what a new world would look like, steering those awakened energies into the creation of that world.

One of the places where that is currently happening is the ​“community rights” movement — a movement of hundreds of communities across the United States which is coming to grips with the reality that large corporations have more power in their communities than they do.

These communities are confronted with impending fracking operations, factory hog farms and large-scale water withdrawals. These communities are also taking the time to question how the existing system works, figuring out how to change that system so that it begins to protect communities and the planet, and daring to do the work on the ground to birth a new system.

Their work means questioning why corporations (and the relatively small handful of those who run them) have more power within this system than their own governments, how the U.S. constitutional structure made it so easy for them to grab that power, and how we need a new system of governance that liberates their communities to protect themselves and the natural world.

Those movements, as with the community rights movement, do not arrive without a powerful backlash. Those who comprise the backlash, in the form of Trumpians and others, believe that the American ethos itself is under siege. They are selling a story that the American ​“way of life” is under attack — that the ​“free” market has been hindered by corporate regulation; that public lands have been shielded from necessary development; and that owning and carrying guns is a constitutional birthright.

In their minds, they are now repelling boarders who have sought to hijack the constitution.

In many ways, the Trumpians are right on the money. Past movements in this country have all been about trying to morph the ​“America” that was set into stone by the white, wig-wearing new aristocrats of the 1780s. Those one-percenters who gathered in Philadelphia to write a new constitution so distrusted ​“we the people” that they created constitutional provisions elevating corporate commerce above democratic control, while diluting the authority of people to choose their own governments.

In striving to make a new world, past movements had to untangle the ​“founding violence” that made women property, endorsed and protected slavery, and enshrined a centralized form of government that was very much about white privilege and the protection of those with property and wealth.

We must do the same. But the first mountains to climb reside in our own heads. We must grapple with the fact that we don’t even know the scope of the problem that we face. Until we take time to figure that out, a new way of life will remain beyond our reach.

(“Dangerous to the 1%: An Informed Public” was first published on The Community Environmental Legal Defense Fund’s website and is reposted on Rural America In These Times with permission.)

The Community Environmental Legal Defense Fund (CELDF) partners with communities and organizations across the United States and around the world to advance Community Rights and the Rights of Nature. This means supporting communities as they grapple with difficult questions, providing grassroots organizing and legal assistance as they forge a new path to the communities they envision, and leading the groundbreaking Rights of Nature work.
Have thoughts or reactions to this or any other piece that you'd like to share? Send us a note with the Letter to the Editor form.
Similar articles
Rural America
“Strange Paradox:” Rural Towns Surrounded By Farmland Are Losing Food Access
In many rural areas, dollar stores are replacing grocery stores. An Illinois town responded by opening a community-owned market.
Amanda Pérez Pintado
Rural America
In the Southeast, Climate Change Finds a Landscape Already Ravaged by Inequality
Meet the groups demanding climate justice that fits the region's unique needs.
Paul Gordon
LaborRural America
Meatpacking Workers Say Attendance Policies Force Them to Work With Covid-19 Symptoms
As the pandemic rages, punitive attendance policies at corporate meat plants coerce sick workers into showing up, according to activists, experts and the workers themselves.
Heather Schlitz
Join our newsletter
Fearless journalism, emailed straight to you.
Subscribe and Save 59%