Big changes for public health are coming from an unexpected place: fast food chains. Fast food has historically gotten a bad rap, but in recent months, some major restaurants have joined the fight to stop the overuse of antibiotics on industrial farms, a practice that contributes to a major public health crisis.

Factory farms, also known as concentrated animal feeding operations (CAFOs), often feed antibiotics to animals on a daily basis to promote weight gain and to keep animals healthy in the overcrowded environment of modern intensive agriculture. Using antibiotics to treat sick animals is good and responsible, but using our life-saving medicines as a crutch to fatten up livestock and to help animals thrive in a stressful environment puts public health at risk. 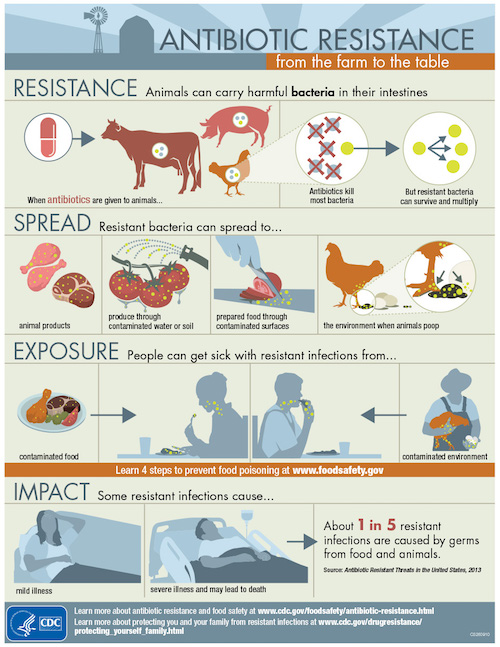 Culver’s, Wisconsin’s own fast-food franchise, is already a leader in responsible antibiotics practices, having committed to stop serving chicken raised on feed that delivers sub-therapeutic levels of antibiotics. But to save these critical medicines, Culver’s and other fast food chains will also have to stop purchasing beef and pork from factory farms that overuse antibiotics. As Wisconsin consumers, farmers and health care professionals, we’re calling for a Butterburger raised without routine, sub-therapeutic antibiotics.

There’s growing cause for concern: Last November, a new superbug was found on a Chinese pig farm and has since spread across the globe. Public health experts sounded the alarm because the gene discovered in this bacterium allows it to resist colistin, an antibiotic that is considered the last resort for treating dangerous infections. In May, the first U.S. case was reported in a Pennsylvania woman, and subsequently in two pigs. Another human case was reported in New York in June.

As public health experts voice concerns about meat from animals raised on routine antibiotics, consumers are starting to pay more attention in the marketplace. A number of fast food chains, ever conscious of shifts in consumer opinion, have sensed this change.

In the past year McDonald’s, Subway and Taco Bell responded to consumer demands with a commitment to transition away from serving meat from animals raised on routine antibiotics.

Because fast food chains are among the largest meat purchasers in the country, their commitments have helped push the meat industry away from overusing our life-saving medicines. Shortly after McDonald’s committed to stop serving chicken raised on medically important antibiotics, Tyson Foods, one of their suppliers and a major chicken producer, followed suit. More major restaurants like KFC, the fried chicken giant, should follow its competitors’ example and commit to serving chicken raised without the misuse of our life-saving medicines.

Luckily for us Butterburger-eating Wisconsinites, Culver’s has been a leader on this important issue. In 2011, the chain committed to stop serving chicken raised on antibiotics. It’s important that Culver’s takes the next step in protecting public health by committing to source all of their meat from farms that raise animals without routine antibiotics. If they do, it will set the bar for other major chains — and more importantly, it will help protect antibiotics for future generations. 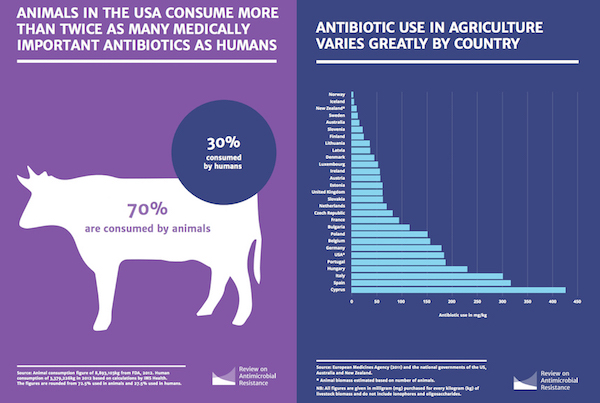 Claire Rater is the Wisconsin Public Interest Research Group Foundation program coordinator; Carol Spiegel is professor emerita, University of Wisconsin Madison, Department of Pathology and Laboratory Medicine; and Jim Goodman is a dairy farmer from Wonewoc, Wis.
Have thoughts or reactions to this or any other piece that you'd like to share? Send us a note with the Letter to the Editor form.
Similar articles
FeatureRural AmericaThe Wisconsin Idea
In Dairy Country, a Network of Hmong and Latino Workers Fight Covid-19
Dairy production in Wisconsin relies on immigrant labor, a contradiction in a state that has seen the rise of nativist, anti-immigrant politics.
Esther Honig
Rural America
The Kids Are Not All Right: GE Soybeans Alter Nanny’s Milk and Stunt Growth, Research Finds
Jonathan R. Latham
Rural America
Happy 4th of July: A Celebration of Community
John Collins
Join our newsletter
Fearless journalism, emailed straight to you.
Subscribe and Save 66%