Plant a Tree: A Native Community Takes a Step to Reverse Climate Change

“Don’t despair, if you feel political decisions nowadays are not being made on your behalf — or even against your wishes,” says Clayton Apikan Brascoupé, a Mohawk farmer who has lived and worked for many years at Tesuque Pueblo, in New Mexico.

His solution? ​“Start by planting trees,” he says. ​“They are a positive answer to climate change and much more. Trees build up soils organically and increase their water-holding capacity. They sequester excess climate-altering carbon dioxide. They attract beneficial insects that help other crops and produce food, medicine, building material and other useful items. Planting them can transform a community.”

Brascoupé directs the Traditional Native American Farmers Association (TNAFA), headquartered in Santa Fe, New Mexico, which has engaged the Indigenous community through this very practice. Tiny TNAFA, comprised of its director and a few volunteers, specializes in projects that are accomplished easily with inexpensive locally sourced items, yet have enormous effects. ​“Our philosophy is keeping small and collaborating with people who are committed to doing this work,” says Brascoupé. ​“They can then run with the ideas.”

In May, TNAFA held a two-day tree-planting and ‑care workshop. The course attracted some 25 students from an Apache community, the Navajo Nation and other Pueblos, including Acoma, Zuni, Taos, Hopi and Ohkay Owingeh (formerly called San Juan Pueblo). Participants put in trees and mulched them with donated plant debris from a large commercial greenhouse operation and with easily obtained discarded cardboard and newspaper (“it’s everywhere!” says Brascoupé). Water was diverted from sources, like runoff from buildings, that might have been ignored or lost otherwise.

Partners of the workshop included the Taos County Economic Development Corporation (TCEDC), where the trees were installed, New Moon Lodge, a Pueblo-based substance-abuse rehabilitation service that provided some of the students, and naturalist Joel Glanzberg, who was one of the presenters. The instructor Jacobo Marcus was provided by Hopi Tutskwa Permaculture, a community-based organization at Hopi Pueblo with an orchard, farmers’ market, youth summer program, home-building project and much more. 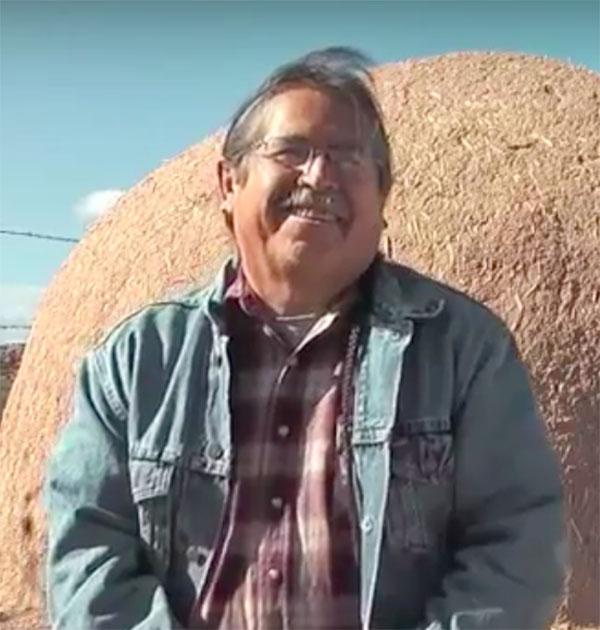 “The students were excited by the information we covered and planned to stay involved. One will work in his family’s orchard and asked if he could also come by and help out at Tesuque,” says Brascoupé. This fall, another tree-centric TNAFA course will include more information on propagation and grafting and will explore tapping the sweet maple-like sap of the box-elder, a tree native to the area.

TNAFA also offers an annual six-day Indigenous Sustainable Food Systems Design Course. This year, it will take place July 22 – August 3. Lessons are based on traditional concepts that mimic natural processes and, in doing so, improve the many systems that are currently under siege, from air and water quality to personal and community diet and health. TNAFA attracts young people to its courses, along with interested adults, ensuring that subtly effective indigenous environmental thinking continues into the future.

Brascoupé is one of many members of the international community using environmental actions to increase a sense of empowerment and a belief that this can lead to improved access to justice. The late Wathari Mangai won the Nobel Peace Prize in 2004 with a women’s tree-planting program in Kenya that empowered participants and eventually resulted in constructive political change. ​“We too can create change in our own communities, our states and the nation,” says Brascoupé.

Other indigenous involvement in climate-change control can be seen in the proposed Off Fossil Fuels (OFF) Act, sponsored by Congressperson Tulsi Gabbard (D‑HI), who is of indigenous Samoan ancestry. Major environmental groups support the bill. Among them, Food and Water Watch calls it the ​“strongest, most aggressive climate and energy legislation” and is celebrating the idea in New York City through Climate Action Mondays.

New York City and other American jurisdictions, including 17 states and large cities like Houston, Miami, and San Francisco, are behind the fight against climate change. This is despite the U.S. having pulled out of the Paris climate accord — or perhaps because of the decision. New York’s battle against climate change is longstanding. Along with an efficient and popular public transportation system, the city has well-established programs such as free rain barrels, a Million Trees planting program, and a volunteer corps of more than 12,500 Citizen Pruners and 8,000 additional youth trained to care for street trees. The city has set aside money to retrofit one million buildings and its official vehicle fleet for lower energy use. 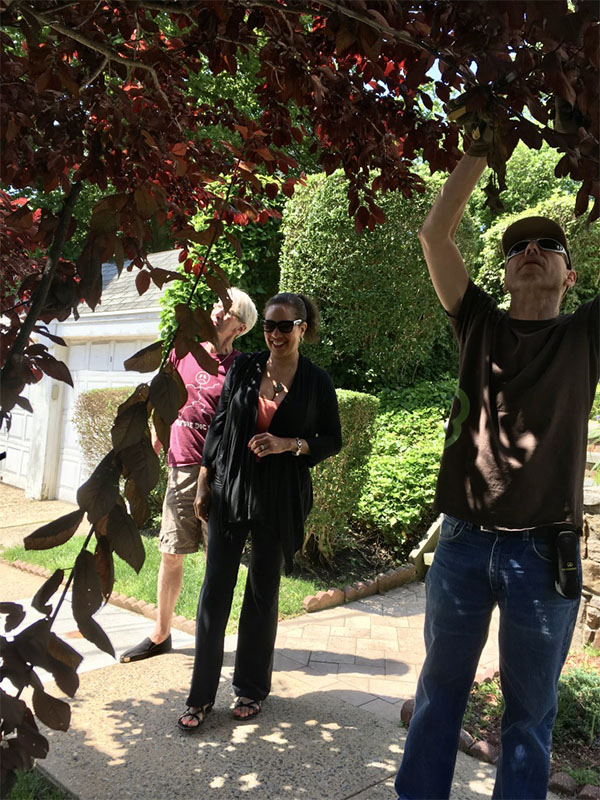 Former New York City mayor Michael Bloomberg donated millions in support of the cause, saying, ​“We are already halfway there — and we can accelerate our progress further, even without any support from Washington.”

Indigenous people currently living in urban areas have also found their way to Brascoupé’s courses. ​“There is plenty they can do in urban settings — certainly by planting trees,” he says. ​“Trees offer privacy, shade and peace of mind. They clean the air and cool buildings. They encourage people to harvest water and put in gardens.”

It works when all the actions are easy and the components available, he says. ​“Identify resources that are cheap or free and already in your community. Find people who are interested, and get started!”

See the options
Stephanie Woodard is an award-winning journalist who has written investigative articles for In These Times. Her new book is American Apartheid: The Native American Struggle for Self-Determination and Inclusion.
Have thoughts or reactions to this or any other piece that you'd like to share? Send us a note with the Letter to the Editor form.
More articles by Stephanie Woodard
FeatureInvestigationGoodman Institute
Mining Companies Strike Gold by Destroying Public Lands
Indigenous tribes sound the alarm about a mining boom
DispatchRural AmericaThe Wisconsin Idea
Native Voters Could Swing the 2020 Election—If They’re Able to Vote
Menominee tribal citizens are working to make Native votes count in Wisconsin
Rural America
Bringing Back the Buffalo Was Always Important to the Rosebud Sioux. The Pandemic Made It Urgent
Similar articles
Rural America
Hey Corporate Media, Quit Talking S#&* About the U.S. Postal Service
Jim Hightower
Rural America
Bird Flu Factories: How Industry Backed Science Favors Big Poultry and Ignores Danger
Rob Wallace
Rural America
Police From 7 States Attack Standing Rock Protestors as Pipeline Construction Continues
Tracy Loeffelholz Dunn
Join our newsletter
Fearless journalism, emailed straight to you.
Subscribe and Save 66%