Candidates weigh in on coal

Presidential candidates have addressed lost Appalachian coal jobs in contrasting ways. Republican Donald J. Trump says he wants to restore the jobs but has not presented a plan. Democrats Hillary and Bill Clinton have claimed the jobs are not likely to return and have promised economic aid during a transition.

“Appalachian coal mining will continue to sharply decline, with or without President Barack Obama’s Clean Power Plan that places curbs on power plant emissions blamed for global warming, according to the government’s latest energy forecast.

“A new U.S. Energy Information Agency report shows that coal production in the Appalachian region, which has declined steeply since 2000, is projected to see the smallest reduction in production attributable to the Clean Power Plan.” 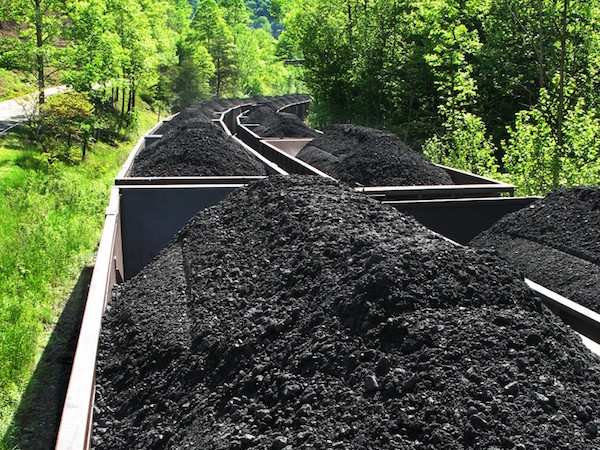 According to the report by the U.S. Energy Information Administration, the projected decline in coal demand due to the plan ​“impedes growth for the Interior region and leads to even larger declines in the West and Appalachian regions.” In 2015, the production shares of the West, Interior and Appalachian regions were 55, 19 and 26 percent respectively. By 2040, under the plan, the shares are projected to be 51, 26 and 22 percent.

Drug abuse in rural America is increasing. The Pittsburgh Post-Gazette reports on new data about fatal overdoses in Pennsylvania, where 3,383 people died from drug abuse last year, up 23.4 percent from 2014. Most of the increase occurred in rural southwestern counties:

“Philadelphia repeated as the county with the state’s highest fatal overdose rate, but of the dozen counties with the most per-capita drug deaths, eight were in southwestern Pennsylvania.”

Fatal overdoses in rural Indiana County rose from 10 in 2014 to 36 last year, the state’s steepest increase. ​“Obviously they have taken more of the oxy[codone] off the street,” says county coroner Jerry Overman Jr. ​“When you take that off the street, use of something else is going to go up, and that’s heroin.” The DEA reported that half of the county’s overdoses involved heroin.” 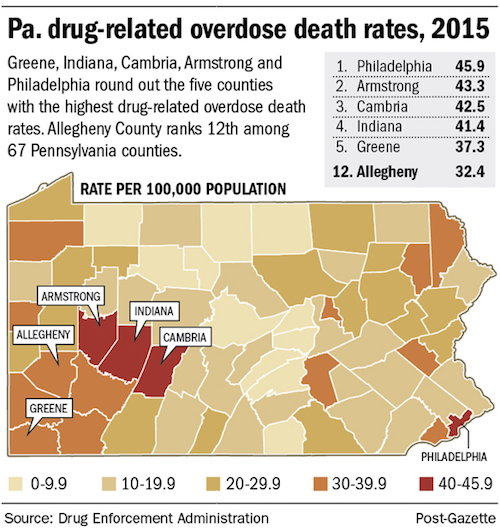 If Democrats are to prevail in the upcoming election, they must renew outreach to rural regions, and Hillary Clinton has successfully appealed to farmers and small-town voters. But, writes John Nichols in The Nation, their platform fails to do this:

“﻿Rural issues, which once commanded vast sections of party platforms, get scant attention this year. Only one small portion of the draft document — titled ​‘Agricultural Communities’ and tucked away in the great big ​‘Bring Americans Together and Remove Barriers to Create Ladders of Opportunity’ section — speaks specifically to rural America. …

“The 2016 platform’s ​‘agricultural communities’ proposal does not mention specific initiatives (universal broadband, applying anti-trust laws to agribusiness monopolies, Country-of-Origin Labeling for imported products, programs to address historic discrimination against African-American farmers) that matter to rural voters. The draft platform language does not even embrace the impressive work the Obama’s administration’s Department of Agriculture has done. To be sure, other sections of the platform mention issues of deep concern to rural America: education, health care and maintaining the US Postal Service. But they don’t make the specific connections that speak to the social, economic, and political circumstances of rural America.

“In other words: The draft document is insufficient.”

Nichols argues that Democrats must be more aggressive in promoting family farms, securing funding for rural schools and defending rural post offices, and they should make these issues central to the party’s appeal to rural voters.

Read ​“Democrats Are Not Speaking Loudly Enough to Be Heard in Rural America” here.

Donald Trump’s vice presidential choice, Gov. Mike Pence of Indiana, has a lot of experience with agriculture, big agriculture that is. As Agri-Pulse reports, members of the industry speak well of him:

“Don Villwock, who recently retired after more than a decade as president of the Indiana Farm Bureau, says he’s been impressed in his dealings with Pence, both as a governor and a congressman.

“ ​‘He is truly agriculture’s dream candidate,’ Villwock said of Pence in an email to Agri-Pulse. Villwock described himself as ​‘a big Mike Pence fan,’ adding that Pence understood and supported many facets of agriculture from small farms to large agribusinesses. ​‘He is a good listener and seeks input on issues from all commodity groups,’ Villwock said.”

Jane Ade Stevens, CEO of the Indiana Corn Growers Association, Indiana Corn Marketing Council and Indiana Soybean Alliance, added that Pence ​“has been a good leader for Indiana agriculture during his time at the Statehouse.” National Cattlemen’s Beef Association (NCBA) Vice President of Government Affairs Colin Woodall said that during Pence’s time on the House Agriculture Committee, he and NCBA had ​“a good relationship.” What’s more Woodall says that Pence ​“probably knows what end of the cow does what.”