A few years ago a Canadian hunter came across a fox with arthrogryposis, a condition that left the fox with foreshortened and weak limbs. The hunter assumed the fox was deformed and in pain, so shot him; as is common in responses to disability, pity was twinned with destruction. Yet, a post-mortem examination showed the fox had a full stomach: His disability had not prevented him from becoming a competent hunter.

Taylor recounts anecdotes of elephants, chickens, primates, ducks, whales, pigs and dogs who help their disabled family members or simply are patient with their slower pace.

Sunaura Taylor, too, was born with arthrogryposis. She includes this anecdote in her recent book, Beasts of Burden: Animal and Disability Liberation, to stress how the widespread prejudice against disability lies at the root of humanity’s relationship to other animals. Taylor reminds the reader to consider an animal’s experience on its own terms, rather than on an abled human’s conception of a good life. The story of the fox is one of many gems gleaned from personal anecdotes, scientific research and cultural fragments that Taylor then realigns into a remarkably original meditation on animal ethics, and one possessing great political implications. Its insights provide an opportunity to overthrow utilitarianism from its long-held dominant position in the animal rights debate.

The initial impetus for the book occurred in 2006, when Taylor ruminated on the many trucks stuffed with chickens that passed along the streets of Georgia, where she grew up. When she discovered that the poultry ​“processing plant” was actually quite near her home, she wanted to see it for herself. She was blocked from entering, so asked an acquaintance who worked at the factory to take photographs. He did so, but was caught and fired, highlighting the precarity of workers within this secretive industry.

Taylor used these photographs for a series of paintings, and realized that most of them were disabled, hobbled by severe injuries caused by their living conditions. ​“The more I looked, the more I found that the disabled body is everywhere in animal industries,” she recalls. ​“A thought struck me. If animal and disability oppression are entangled, might not that mean their paths of liberation are entangled as well?” 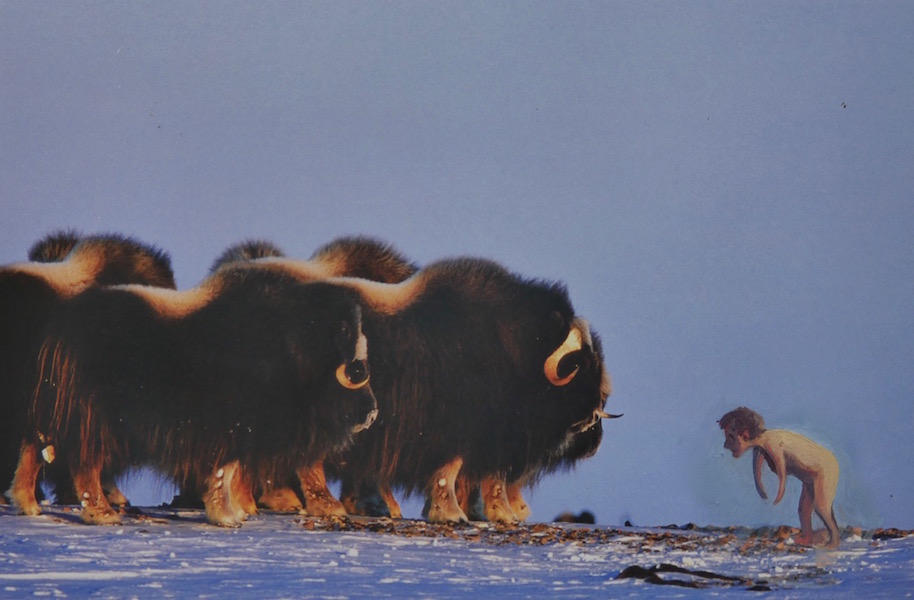 Re-examining animal ethics through the prism of disability studies — the heart of Taylor’s contribution — is an extremely fraught task given the troubled relationship between these two movements. This trouble began 42 years ago when Peter Singer, a utilitarian, penned Animal Liberation, which became the foundational text of contemporary animal ethics. Singer argues, based on the shared capacity to suffer, that ​“equal consideration” be given to humans and nonhuman animals. Anything less, he charges, is ​“speciesist” — unjustifiably prioritizing one species above others, akin to other forms of discrimination.

The second half of Singer’s argument, however, is deeply disturbing. He argues that infants, intellectually disabled people and most animals should not be considered full ​“persons” because they cannot imagine a future. With this one simple step, he changes the emphasis of his ethic from the ability to suffer to rationality. He stresses that because many disabled lives are marred by suffering, their lives are less worth living, and ultimately less worth protecting — as with the farmer and the fox, his pity is linked to destruction. ​“If Singer had left his argument in its simpler form,” Taylor laments, ​“with the principle of equal consideration based on sentience, Animal Liberation would have been a remarkably anti-ableist book.”

Animal Liberation had been one of Taylor’s favorite books when she was a child, but she later recognized that ​“for intellectually disabled people, it offers little except risk.’’ She quotes prominent disability activists who are not only hostile to Singer’s work, but animal rights more broadly, which they see as a threat to their own personhood. During a debate with Singer, disability activist Harriet McBryde Johnson pointedly draped a sheepskin on her wheelchair and defended her ​“blissful ignorance” about the exploitation of farm animals. For Johnson, the stakes are high because Singer is a ‘‘man who wants me dead.’’ She refuses to elevate animals to personhood if such a logic could imperil her own right to life.

Rather than simply denying the rights of animals, Taylor effectively attacks Singer on his home turf by charging that his logic is speciesist. She addresses his emphasis on the supposedly unique human ability to imagine a future: ​“Arguments that compare animals to intellectually disabled people miss the more important point that a focus on specific human and neurotypical ​‘morally relevant abilities’ harms both populations,” Taylor contends. The elevation of rationality, Taylor shows, has its own dark history of being used to justify the domination of abled white men over women and people of color.

A truly non-speciesist position, she suggests, would acknowledge that ​“animal minds are complex in their own right,” and that ​“the kind of moral consideration that sentience demands should not negate that other forms of life and nonlife also deserve an ethical response, even if of a very different nature.” Taylor discards Singer’s central concept of speciesism and instead employs ableism — the belief that some bodies should be more highly valued than others because they seem healthy, natural and whole — to understand how animal oppression is justified, and how this oppression is linked to the plight of disabled people. In doing so, she has created a new framework to understand animal liberation without jeopardizing the rights of any human communities.

Ableism, as Taylor’s quick history shows, is culturally produced and hardly ​“natural”: She recounts anecdotes of elephants, chickens, primates, ducks, whales, pigs and dogs who help their disabled family members or simply are patient with their slower pace. Babyl, for example, a disabled elephant who lived in Kenya’s Samburu Reserve, had a family that would not walk too far ahead of her and whose matriarch would feed her with her own trunk. Then there are the internet celebrities Baks and Buttons, a blind dog guided by an empathetic goose.

Taylor deems these animals fellow ​“crips,” a comradely term that forces ​“us to question our ideas about how bodies move, think and feel and what makes a body valuable, exploitable, useful or disposable.” 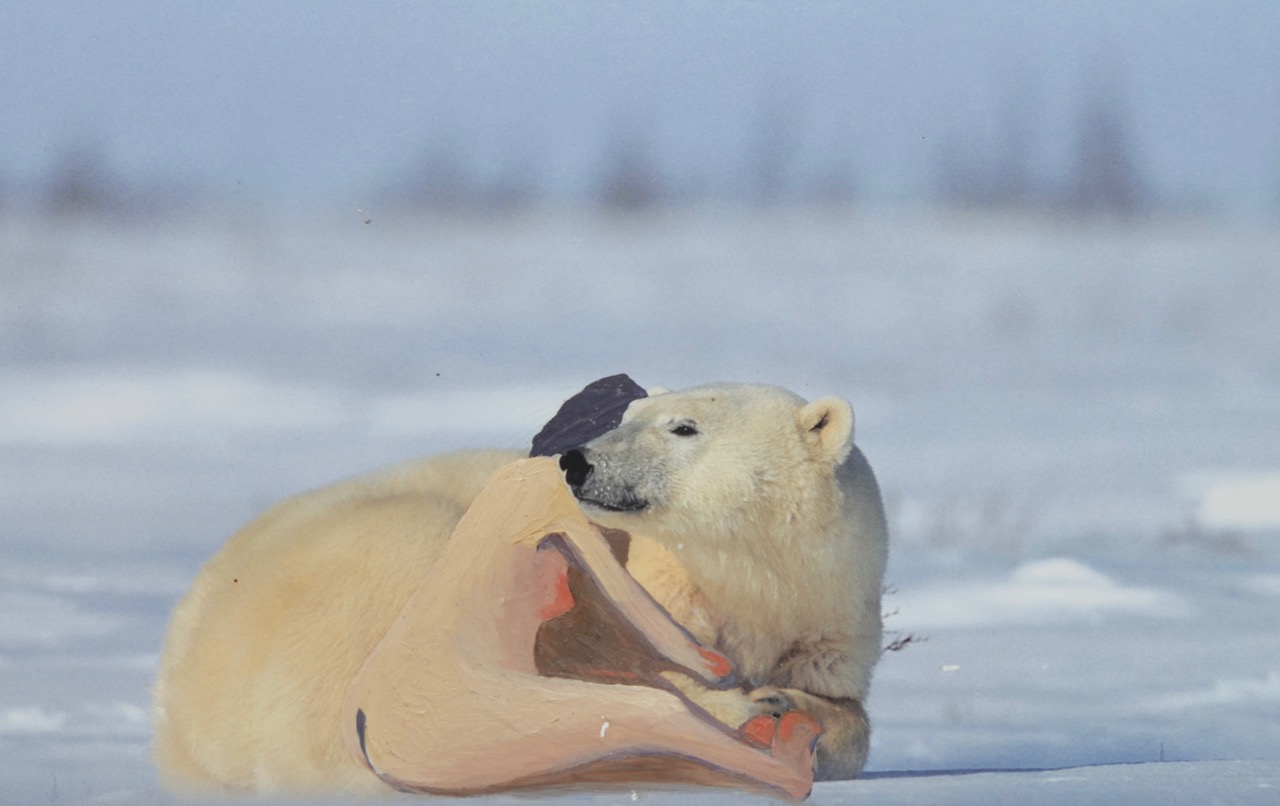 If animals seem to be strikingly un-ableist, it is perhaps because humans seem to be unique in creating disability. Taylor’s painting of the chicken truck led her to read widely on the practices of industrial livestock rearing and slaughter. Not only are animals disabled in almost mundane ways by their environment — debeaking, beatings causing broken bones, poor diets, dehydration — but many farm animals are bred to be disabled. Belgian Blue cattle are so muscular they can barely walk and must undergo caesareans because their muscles press so heavily on their vaginal canal. ​“What does it mean to speak of a ​‘healthy’ or ​‘normal’ chicken, pig or cow,” Taylor asks, ​“when they all live in environments that are profoundly disabling?”

Humans disabilities, too, are often the result of capitalist industry or hierarchical social structures rather than genetic flukes. Taylor’s own condition of arthrogryposis, she writes, was caused by toxic waste dumped by contractors at a nearby army base, which contaminated the water that her mother drank while pregnant. ​“Pollution is a disability issue,” Taylor stresses, and one that afflicts the poor and oppressed minorities to a disproportionate degree.

The poor and people of color are also the most likely to work in the most dangerous industry in the United States: agriculture. ​“Industrialized agriculture, factory farms and meatpacking plants are disability issues,’’ Taylor writes. Workers in abattoirs are six times more likely to be hurt than a coal miner. In addition to spectacular accidents — limbs caught in meat grinders, workers burnt after by falling into vats of animal fat — repetitive stress injuries are inevitable. The disassembly lines pass so quickly that a single worker can make 20,000 cuts or more with the same motion each day. As flesh and bone dulls the knife, the worker must apply ever greater force and risk straining herself. This is leaving aside the documented psychological toll of so much killing.

Taylor’s solution is to abolish the industry. ​“When animal commodification and slaughter is justified through ableist positions, veganism becomes a radical anti-ableist position that takes seriously the ableism embedded in the way we sustain our corporeality — socially, politically, environmentally and in what we consume.” She demonizes not the workers, who suffer alongside the billions of animals they slaughter, but rather the prejudice that judges animals unworthy of empathy, and the massive corporations that profit from this sentiment.

Although constructions of ​“animality” have menaced the personhood of Taylor and her disabled peers, she uses the challenge of animal ethics to broaden political coalitions and deepen radical critique. Her willingness to combine empathy with philosophical daring has led to the significant achievement of a new politics, surpassing the limitations of utilitarianism. While Taylor’s will not be the last word in this debate, it is a debate the Left must get involved in. She shows that the values of the disability movement — ​“interdependence, agency and community” — are essential to protecting animals, landscapes and oppressed peoples, making new coalitions possible. These, too, are the values of the Left.

Troy Vettese is a doctoral student at New York University, where he studies the history of Canada’s tar sands industry.
Have thoughts or reactions to this or any other piece that you'd like to share? Send us a note with the Letter to the Editor form.
Similar articles
Feature
They Voted ‘No’ to Austerity. They Got ‘Yes’ Anyway. What Do Greeks Think About Tsipras Now?
We asked Athenians on the street how they feel about the Syriza leader's acceptance of the EU's terms and the lean times ahead.
Tomás Lynch
Feature
Our Real ‘Munich Moment’ Isn’t Over Negotiations with Iran—It’s on Climate Change
We are, indeed on the brink of global disaster, but not because of our negotiations with Iran.
Theo Anderson
Feature
Caitlyn Jenner and Miley Cyrus Shouldn’t Be Asked to Be Official LGBTQ Representatives
Jenner and Cyrus may be unlikely social justice ambassadors, but they're being the best thing they can be: themselves.
Jude Ellison Sady Doyle
Join our newsletter
Fearless journalism, emailed straight to you.
Subscribe and Save 59%