The 6 Filthiest Facts About the Rich

Unrestrained capitalism has led to an untenable situation. 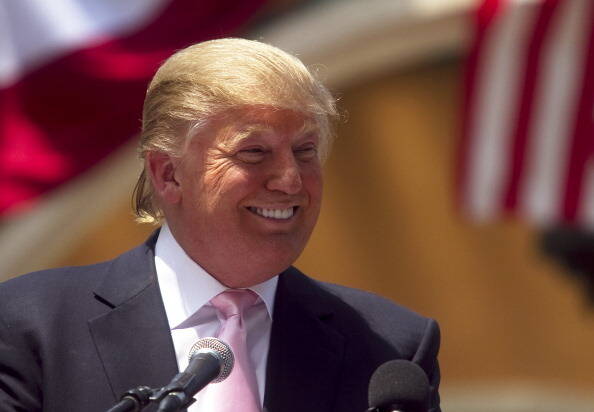 Donald Trump and his 1% cohorts captured all the income gains in the first two years of the post-recession recovery. (Photo by John W. Adkisson/Getty Images)

Share Tweet Copy Link Email Print
First of all, who are they? Most­ly the 1%. But the top 2 – 5% have also done quite well, increas­ing their infla­tion-adjust­ed wealth by 75 per­cent from 1983 to 2009 while aver­age wealth went down for 80 per­cent of Amer­i­can house­holds. The rest of the top 20% have been pros­per­ous, real­iz­ing a 32 per­cent gain in infla­tion-adjust­ed wealth since 1983. The facts to fol­low are pri­mar­i­ly about the rich­est 1%, with occa­sion­al dips into the groups scram­bling to make it to the top.

1. Accu­mu­lat­ing almost all the wealth

The 400 richest Americans made $200 billion in just one year. That's equivalent to the combined total of the federal food stamp, education, and housing budgets.

The extremes are just as filthy at the global level. The richest 300 persons on earth (about a third of them in the U.S.) have more money than the poorest 3 billion people. Out of all developed and undeveloped countries with at least a quarter-million adults, the U.S. has the 4th-highest degree of wealth inequality in the world, trailing only Russia, Ukraine, and Lebanon.

2. Creating their own wealth

In another alarming testament to wealth at the top, the richest 10% own almost 90 percent of stocks excluding pensions. Consider what that means. The stock market has historically risen three times faster than the GDP itself. Since the recession, as the U.S. economy has “recovered,” 62 percent of the gain was due to growth in the stock market, which surged as much in four years as it did during the “greatest bull market in history” from 1996 to 2000.

Many stock owners see a couple thousand dollars added to their fortunes every time they go online.

But that's not enough for the very rich. Thanks in good part to the derivatives market, the world's wealth has doubled in ten years, from $113 trillion to $223 trillion, and is expected to reach $330 trillion by 2017. The financial industry has figured out how to double or triple its buying power while most of the world has proportionately less.

3. Taking ALL the income gains

If the richest 1% had taken the same percentage of total U.S. income in 2006 as they did in 1980, they would have taken a trillion dollars less out of the economy. Instead they tripled their share of post-tax income. And then they captured ALL the income gains in the first two years of the post-recession recovery.

Two dependable sources provide pretty much the same information. Barclays reported that those with earnings in the top 20% donated on average 1.3 percent of their income, whereas those in the bottom 20% donated 3.2 percent. And according to the New York Times, the nonprofit Independent Sector found that households earning less than $25,000 a year gave away an average of 4.2 percent of their incomes, while those with earnings of more than $75,000 gave away 2.7 percent.

India just approved a program to spend $4 billion a year to feed 800 million people. Half of Indian children under 5 are malnourished.

In 2012, three members of the Walton family each made over $4 billion just from stocks and other investments. So did Charles Koch, and David Koch, and Bill Gates, and Warren Buffett, and Larry Ellison, and Michael Bloomberg, and Jeff Bezos.

It's not the obligation of any one of these individuals to feed the world. The disgrace is in the fact that our unregulated capitalist system allows such outrageous extremes to exist.

Here's more to provoke outrage. The 400 richest Americans made $200 billion in just one year. That's equivalent to the combined total of the federal food stamp, education, and housing budgets.

6. Taking two-thirds of a trillion dollars in subsidies

Even all that is not enough for the very rich. About two-thirds of nearly $1 trillion in individual “tax expenditures” (tax subsidies from special deductions, exemptions, exclusions, credits, capital gains, and loopholes) goes to the top quintile of taxpayers. An astounding 75 percent of dividend and capital gain subsidies go to the richest 1%.

And that doesn't include business subsidies, like the $16.8 billion per year in agricultural benefits paid out to big companies and to wealthy individuals who happen to have farms in their portfolios. The filthiest fact, in terms of detestable extremes, is that much of Congress wants to cut the $4.35 a day food benefit to hungry Americans, almost half of them children, so that money can keep flowing to the top.

Paul Buch­heit is a pro­fes­sor with City Col­leges of Chica­go and co-founder of Glob­al Ini­tia­tive Chica­go. He is the edi­tor and main con­trib­u­tor to the forth­com­ing book, Amer­i­can Wars: Illu­sions and Real­i­ties (Clar­i­ty Press).
Have thoughts or reactions to this or any other piece that you'd like to share? Send us a note with the Letter to the Editor form.
More articles by Paul Buchheit, AlterNet
Labor
Where Are Workers Most Underpaid: Apple, Wal-Mart or McDonald’s?
Similar articles
Feature
The Recovery That Could Have Been
We messed up, but we still have a chance to do the stimulus right.
Rep. Alan Grayson
Feature
Two Decades After Oslo, A Look at Life in Israel and Palestine
While in the Middle East last October, I saw firsthand why ending occupation is so necessary—and why it will be so difficult.
Marilyn Katz
Feature
William C. Erbey Has Built an Empire on Misery
The head of Ocwen Financial runs a slew of companies that profit from foreclosures.
Joel Sucher
Subscribe to our free newsletter
Fearless journalism that speaks truth to power
Limited Time: