Why Philanthrocapitalism, Technology and Good Intentions Have Failed to End Hunger

One cannot credibly claim, as Ban Ki-moon did in Rio, and as did USAID, DFID, the Gates Foundation, and most if not all of the major institutions that make up the global food establishment do with regularity, that without global business there will be no real development and by extension no sustainable further reduction in world poverty, while at the same time insisting that the participation of these multinationals would be alright because these companies would in good faith accept codes of conduct including limitations on their business practices. The reason for this is simple: these companies have a long track record of fighting every regulation that parliaments and governments attempted to impose on them, while relying on highly paid lobbyists to prevent such measures from ever being proposed in the first place. But suddenly, with regard to the poor world, these same corporations were going to comport themselves in a wildly different, hyperresponsible manner? It hardly seemed likely.

To resurrect the old line of the onetime Black Panther militant Eldridge Cleaver, by and large the agricultural multinationals are now hailed, as Jeffrey Sachs did with regard to Microsoft in The End of Poverty, as being an essential part of the solution rather than as part of the problem, as the activists believe they are. As the FIAN report put it tartly, ​“The new precept in international affairs appears to be that no major development project can be carried out without the active participation of major corporations and their front foundations/​agencies, often in the form of Private-Public Partnerships (PPP). There is an urgent need to question this trend as it should be clear to everyone that the interests of corporations do not always align with public interests. Of course, that ​“everyone” includes virtually no one in the mainstream of the food system nor anyone who sees food security as the best answer to chronic malnutrition and undernutrition.

Those holding such views tend to take as a matter of fact the good intentions of most international corporations, up to and including the seed and fertilizer giants such as Monsanto and Syngenta, whom the food sovereignty activists revile. It is an argument on which there is virtually no prospect of finding common ground. But for the sake of argument, put the case that groups such as Via Campesina and FIAN are largely correct and that the multinational corporations are the core of the problem. Then posit further that radical social change that breaks corporate monopolies (in doing so, ushering in a global system where profit is not the first priority) is the only viable long-term solution. And finally, go yet one step further and accept that Walden Bello was correct when he wrote that ​“even as the old [food] system unravels, alternative modes of agricultural production are alive, and offer the prospect of sufficient food for people along with equity and ecological sustainability.” The fact remains that in the second decade of the twenty-first century, these alternatives have not taken root widely enough, as even most activists would concede, or at least not so widely as to constitute a sufficient response to the current crisis of the global food system.

In other words, even assuming Bello is right, and the agricultural status quo really is unraveling, it is not doing so fast enough to manumit the activists from the messy business of striking compromises with the food establishment, even if those critics view such negotiations as stopgap measures and, even while engaging in them, continue to struggle to bring the current global food system crashing down for good. And whatever one’s sympathies, the reality is that at least as far as the general public is concerned, neither side has succeeded in definitively winning the argument (except in their own minds, of course). In contrast, what each side has been quite adept at has been pointing out the limitations and blind spots of their adversaries’ explanations. The establishment is surely on firm ground when it points out that the activists’ diagnosis, while long on broad criticisms of the capitalist system, pays insufficient attention to a range of more proximate causes.

These include the long-term underinvestment in agricultural development in the poor world finally exacting its toll on food security, and the rise in global oil prices, followed by volatile price swings, that have had the effect of upping the price of petroleum-based fertilizers and which most agricultural production in the Global North and a rising percentage — this itself had always been the subject of acrimonious debate between the two sides — of the agriculture of the Global South as well. For their part, food rights campaigners have successfully challenged the assumption that the mainstream takes as its point of departure, which is that there is broad-based global political consensus about what to do and how to do it. To put it another way, the activists have exposed both the extent to which the mainstream view is technocratic — an engineer’s view of the world rather than a moralist’s — and the degree to which this technocratic mind-set is inseparable from the belief that the world has entered a postpolitical age. 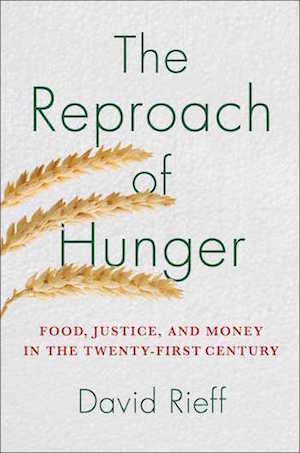 David Rieff is the author of eight previous books, including Swimming in a Sea of Death , At the Point of a Gun: Democratic Dreams and Armed Intervention; A Bed for the Night: Humanitarianism in Crisis ; and Slaughterhouse: Bosnia and the Failure of the West . He lives in New York City.
Have thoughts or reactions to this or any other piece that you'd like to share? Send us a note with the Letter to the Editor form.
Similar articles
ViewpointRural America
The Fight to Reclaim Colorado's Privatized Rivers for the Public
A fisherman’s lawsuit pushes back against a tide of wealth-driven privatization that seeks to deny public access to waterways and other public resources.
Mark Squillace
Rural America
How the Covid Land Rush Is Hurting New Farmers
The pandemic has inspired city dwellers and investors to buy land in rural areas. That’s driving up farmland prices and pushing some beginning farmers out of the market.
Sadie Morris
ViewpointRural America
On Environment, Biden Needs to Do a Lot More than Roll Back the Rollbacks
President Trump gutted almost 100 environmental protections. Here’s a list of the ones Biden should undo first and why he must not stop there.
Jonathan Thompson
Join our newsletter
Fearless journalism, emailed straight to you.
Subscribe and Save 66%