President-elect Trump promises to appoint a hard-right conservative to the U.S. Supreme Court, dashing Progressive’s hopes for a liberal court in the foreseeable future. And he may well be appointing at least one other justice.

Progressives are panic-stricken. Conservatives are euphoric. But, regardless of where you fall on the political spectrum, one thing is certain: The repercussions of the Supreme Court overturning decisions such as Roe v. Wade and Obergefell v. Hodges will be palpable, affecting millions of lives.

How did one body of our government obtain so much power?

The Supreme Court as monarch

The dictionary says ​“supreme” means ​“the highest in rank or authority; paramount; sovereign; chief.” But in a democracy, it’s the people themselves or their elected representatives who have the highest authority to make law with the expectation that they will be obeyed and enforced. And yet the president’s appointees have power to overturn those laws. It’s the equivalent of monarchical power placed in the hands of a small band of unelected people in robes.

Was that the intent of the American revolutionaries? Are the court’s monarchical powers the kind referred to in the Declaration of Independence when it speaks of ​“Governments … deriving their just powers from the consent of the governed?” And if not, then how did we end up with a branch of government so utterly unrepresentative of the people and so completely unanswerable to them?

A counter-revolutionary coup: the real agenda of the ​“founding fathers”

The majority of the wealthy, property owning, white men who gathered in Philadelphia in 1787 at the Constitutional Convention, purportedly to deal with trade issues, did not participate in the Revolution. The real agenda of the so-called ​“founding fathers” was to ditch the Articles of Confederation and establish a second constitution that would empower the wealthy to govern and centralize their power, free from democratic control.

The adoption of the second constitution was a counter-revolutionary coup, and the elite conspirators were successful beyond their wildest dreams. They wanted to replicate the British monarchical dictatorship of privileged wealth. And they did. On June 19, 1787, during the Constitutional Convention, Treasury Secretary Alexander Hamilton stated:

I believe the British form of government forms the best model the world ever produced. … All communities divide themselves into the few and the many. The first are the rich and well born, the other the mass of the people. The voice of the people has been said to be the voice of God; and however generally this maxim has been quoted and believed, it is not true in fact. The people are turbulent and changing; they seldom judge or determine right. Give therefore to the first class a distinct, permanent share in the government. They will check the unsteadiness of the second.

Yes, this is the same Hamilton millions are flocking to see on Broadway as a hero of democracy. 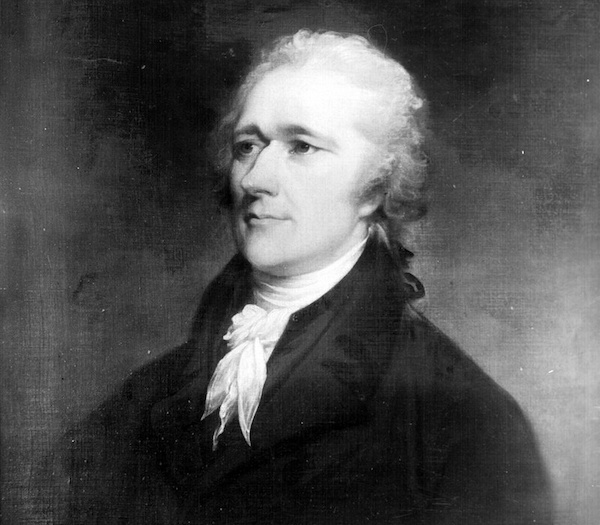 Giving wealth a distinct and permanent share in government meant dedicating one entire branch to privileged control by the rich. That’s not to say the other branches have not been secured against ​“an excess of democracy” (as Hamilton called it), but neither the legislature nor the executive is as powerful as the Supreme Court when it comes to guarding privileges attached to property from generation to generation.

The system of checks and balances that we covet is more like a power share agreement among those who already have political, social, and economic control. In reality, it is We the People who are checked. Hamilton was straight forward about that. And in the turbulent times leading up to the adoption of our current constitution, the commoners recognized it as well. Many people rejected and protested mightily. The Anti-Federalists were a grassroots-minded group of citizens with a more democratic disposition. They opposed the Federalists’ proposal for a new constitution. Robert Yates of New York observed:

The real effect of this system of government, will therefore be brought home to the feelings of the people, through the medium of the judicial power…. The opinions of the supreme court, whatever they may be, will have the force of law; because there is not power provided in the constitution, that can correct their errors, or control their adjudications. From this court there is no appeal.

Mercy Otis Warren, the contemporary historian of the American Revolution was even more pointed. In Observations on the new Constitution and on the Federal and State Conventions (1788) she wrote:

There are no well-defined limits of the Judiciary Powers…. And as they cannot be comprehended by the clearest capacity, or most sagacious mind, it would be a Herculean labor to attempt to describe the dangers with which they are replete. 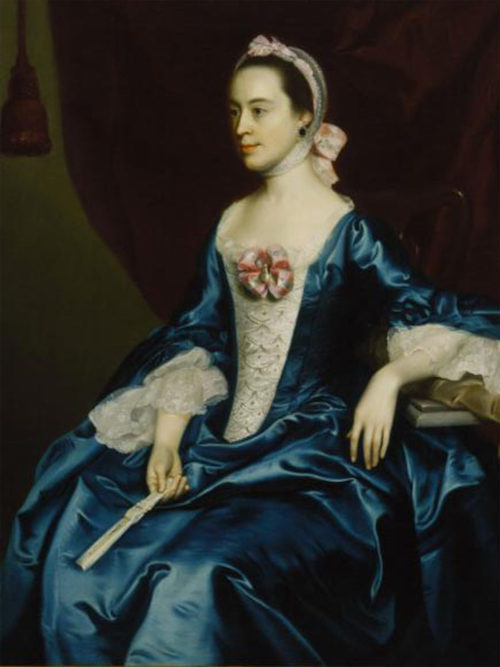 Mercy Otis Warren, wrote Observations on the new Constitution, under the pseudonym ​“A Columbian Patriot,” to hide the fact that she was a woman. (Image: Pinterest / celdf​.org)

Those dangers have manifested repeatedly, from Marbury v. Madison (the case in which the Supreme Court gave itself absolute authority to veto legislation), Plessy v. Ferguson (in which the court declared that the 14th amendment’s ​“equal protection of the law” clause did not protect African Americans from racial discrimination), and Dartmouth v. Woodward (wherein the court made private corporations into sovereign powers), to the dozens of cases recognizing corporate rights in the U.S. Constitution prior to human rights.

The people lost their sovereignty when the second U.S. Constitution gave the Supreme Court monarchical power to overturn any law at odds with the secured interests of the governing elite. It’s not a partisan issue that could be corrected by electing someone more conservative or more liberal than the last president.

In fact, the presidency itself is yet another evasion of democracy by the ​“founding fathers,” who also included the Electoral College in the counter-revolutionary constitution.

(And why should the indirect selection of any president by the Electoral College have such power to mold the national agenda? It’s the obligation of the executive branch to execute laws, not to make them or judge their legitimacy. But the authority to appoint Supreme Court members for life-long terms places extraordinary power in the hands of a president.)

Regardless of who becomes president, it will not change the fact that that the U.S. Supreme Court is antithetical to any notion of democracy.

The time is now

Let’s not delude ourselves into thinking otherwise. Let us recognize that we are the ones who must protect our inalienable rights. Otherwise, we will always be at the whim of nine robed judges and their opinions based on a legal structure that has nothing to do with human and community rights, and everything to do with property and profits.

Communities across the United States increasingly recognize that none of our three branches of government are democratic. Nor do they act on our behalf. They recognize that neither the Supreme Court, Congress nor the President will save them. They know that just as a wealthy minority changed this country’s path and structure of government in 1787, it is now time for the We the People to forge a new path. It is time for us to write new documents creating a structure of government that serves the needs of the majority over the elite minority. They are seizing control of their communities, using the Community Rights legal framework to protect themselves from the tyranny of the propertied elite.

We have work to do. Join us.

(“U.S. Ruled by 9-Headed Monarch: What We Didn’t Learn in School about the Supreme Court” was originally published on celdf​.org and is reposted on Rural America In These Times with permission from the authors. Learn more about the Community Environmental Legal Defense Fund here.)

Emelyn Lybarger is Outreach Coordinator for the Community Environmental Legal Defense Fund (CELDF). Ben Price is the National Organizing Director.
Have thoughts or reactions to this or any other piece that you'd like to share? Send us a note with the Letter to the Editor form.
Similar articles
Rural America
What the Candidates are Saying About Agriculture
John Collins
Rural America
The USDA Reports: The Great Recession is Alive and Well in Rural America
Rural America In These Times
Rural America
Starting in the Classroom: A Chicago Advocacy Group Helps Kids Rethink Food
Maia Welbel
Join our newsletter
Fearless journalism, emailed straight to you.
Subscribe and Save 59%