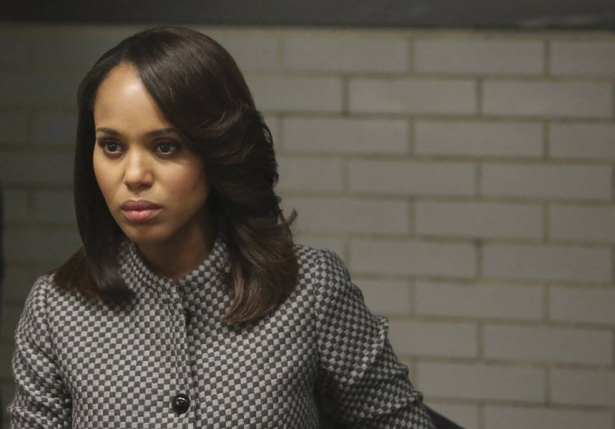 There is no question that Shonda Rhimes—the first African-American woman to create and executive produce a top 10 network series (Grey’s Anatomy)—is a trailblazer when it comes to diversity on television. Her use of colorblind casting brought us a hospital drama in which half of the doctors are played by minorities (Grey’s Anatomy) and a rare series with an African-American female lead (Scandal).

Rhimes has also received acclaim for her portrayal of bold and powerful women. And indeed, on the surface, the women of Grey’s and Scandal are intelligent, successful, ambitious and career-oriented. But scratch that surface, and the female characters in Scandal fall short of Rhimes' successful depiction of empowered women in Grey’s.

The differences manifest in the way the characters manage their personal lives. In Grey’s, the female characters are independent and powerful in every sphere of their lives: They are passionate, but not blinded by their passion, and most importantly, they refuse to compromise their values and integrity for anyone who isn’t willing to do the same for them. For instance, when surgeon Miranda Bailey (Chandra Wilson) was told by her husband that she had to decide between a prestigious pediatric fellowship and their marriage, it took Bailey no time to pick the fellowship, “cause a marriage that results to ultimatums, it’s not a marriage.”

By contrast, Rhimes’ female characters in Scandal behave in ways that contradict the strength and independence they strive to embody. They show a willingness to take emotional abuse and they keep getting burned in the same ways, failing to learn from their mistakes. Susceptible to manipulation, they often compromise their ambitions and standards for undeserving people. Despite this stark departure from her previous model, Rhimes has managed to receive often-uncritical praise from media and fans alike, who have embraced Scandal as a source of female empowerment.

As Cate from BattyMamzelle notes, one of the reasons Scandal has received widespread feminist acclaim is because “black women are so severely underrepresented in media that Kerry Washington’s role [as lead character Olivia Pope] has garnered a considerable amount of attention simply because she is a black woman in a lead role of a network television show.” The attention comes despite the fact that Olivia Pope’s race is a non-issue in the context of the show, or as Jill Dolan at The Feminist Spectator aptly puts it, “Rhimes seems more concerned with affirming racial and ethnic diversity as a visible part of her series’ stories, without emphasizing race as content.”

The fact that Scandal is breaking barriers is fantastic, and deserving of appreciation. But the attention and praise Rhimes has received for casting Washington as Pope has overshadowed the fact that what Rhimes got right with her female characters in Grey’s, she got wrong in Scandal.

On the surface, there is an argument to be made about Scandal being an empowering feminist show. Pope is a former White House communications director who runs her own crisis communications firm, Olivia Pope & Associates. She is widely respected as the best “fixer” in Washington, is able to solve the most impossible problems effortlessly. In addition to Pope, the vice president, the attorney general and the most frequently featured Supreme Court Justice are women, and the First Lady doesn’t play the role of the dutiful wife—viewers are frequently reminded that she graduated first in her class at Yale Law, ahead of her husband. During the show’s election rigging storyline, three of the five people who stole the White House were women—those are solid numbers. But Scandal has one glaring, anti-feminist flaw that can’t be ignored—Pope’s affair with President Fitzgerald Grant, otherwise known as Fitz.

While Pope exudes confidence and strength in her work life, she is consistently weak, fragile and at times desperate in her personal life, and it’s painful to watch. As Femillennial blogger Kelly Ehrenreich notes, almost every episode of Scandal contains a scene along these lines: Pope is angry with Fitz for something he did (ranging from not leaving his wife to killing the aforementioned Supreme Court Justice), and swears to stay away from him. He sends his Secret Service agents to summon her, which she adamantly protests until she doesn’t anymore, and meets him at a location of his choosing. When they meet there is a lot of fighting, yelling and undoubtedly a few minutes of lip quivering, with Pope looking terrified and powerless.

The predictability of these scenes is tragic and Pope, who is so confident and sure of herself while she’s managing her client’s problems, is unable to see her complacency in an emotionally abusive relationship. Last year, Parlour Magazine's Nakia Hansen noted the many ways that Pope and Fitz’s relationship displayed signs of emotional abuse, as defined by the Department of Health and Human Services. Control and intimidation? Fitz put Pope under the surveillance of his Secret Service, just to see why she wasn’t returning his calls. Dishonesty and disrespect? As Hansen puts it, “Olivia lies to Fitz regularly from her role in fixing his election to teaming up with his wife behind his back, to manipulating their relationship and her access for the benefit of her non-White House clients. Fitz lies to Liv whenever it suits him in the interest of foreign policy, when he’s having her stalked and when it comes to his wife”.  These scenes don’t add layers to Pope’s character or make her any more complicated or interesting; they’re just confusing. How can someone be so confident and level-headed in the face of insurmountable obstacles at one moment, and then be completely debilitated by a man the next?

Having an affair is one thing, but sacrificing your morals and values for an undeserving person is another. Take the election rigging storyline for example; of the five people involved in stealing the election, Pope was the only one that had nothing to gain for the tremendous risk she took. Cyrus went on to be Chief of Staff, Mellie became the First Lady, Verna Thorton, a judge, got a seat on the Supreme Court and Hollis, a wealthy businessman, got inside access to the Oval Office.

And Pope? Pope gets the man she loves in the Oval Office because she believes he “deserves to be president,” even though typically, people who deserve to be president don’t need to cheat to do so. She risks going to jail and sabotaging her career and reputation for someone who isn’t even willing to risk losing re-election for her. She gives up too much of herself and gets nothing in return.

The other female characters in Scandal don’t fare much better than Pope in this regard. Mellie, the First Lady, is a woman scorned who sticks around. Abby, one of Olivia’s associates, was a victim of domestic abuse until Olivia ‘saved’ her. Even the vice president—who is normally depicted as rational, ambitious and a near shoo-in to be the next president—stabs her husband to death after finding out he had an affair. When female characters who are written to be “weak” or “irrational” make self-destructive decisions about men, it's consistent with the narratives writers have created for them. But Rhimes’ women in Scandal are represented as empowered, ambitious and independent, and their poor decisions undermine the powerful women they are supposed to be.

Rhimes’ women in Grey’s are different—they refuse to sacrifice any part of themselves. It’s not just Miranda Bailey who defies her husband to make her own career choices. For example, cardio surgeon Cristina Yang—an ambitious woman who made it clear over the years that she did not want a child—had an abortion without her husband’s blessing, knowing that her actions would likely end in divorce. She never for a moment considered doing otherwise, and she never questioned her choice or regretted the consequences. Whether or not you agree with Yang's decision, you have to admire how sure she is of herself and what she wants from her life.

When it comes to their personal lives, the women in Scandal are insecure, vulnerable and reactive, while the ones in Grey’s are stronger, self-assured and reflective. That is not to say the women of Grey’s are perfect; like any of Rhimes’ well-developed characters, they are complicated in their own right. Meredith Grey—Rhimes’ protagonist in Grey’s Anatomy—doesn’t seem to understand or care about consequences, and when she tampered with her husband’s clinical attempt to cure Alzheimer's, it nearly cost her job and child. Yang’s post-traumatic stress disorder has caused her to take a surgical hiatus, and Bailey’s severe OCD triggered a paralyzing fear of surgery. But their flaws don’t revolve around men, and they don’t revolve around compromise. In Grey’s, the characters possess flaws we expect from women of their professional stature; they fear failure, they're cautious about trusting others, and they have difficulty balancing their personal and work lives. Rhimes fails to give her characters the same relatable, relatively uncompromising set of problems in Scandal, leaving us with characters whose actions are entirely inconsistent with how empowered, independent women should behave.

The large spectrum of personalities that Rhimes’ female characters possess reflects her belief in the complex and inclusive nature of feminism. Feminism is about freedom of choice, independence and self-determination, and successful women are allowed to make terrible decisions. Most of the characters in Scandal are void of moral fiber: they’re complicated and contradictory and that’s precisely what makes them so compelling. The blurred lines between right and wrong and the hypocritical nature of the characters are crucial to the success of the show. Just don't ask them to serve as feminist role models: That's one task that even the supremely competent Olivia Pope can't manage.