No More Nice Gays: The Trouble with the Good Gay Parent Argument 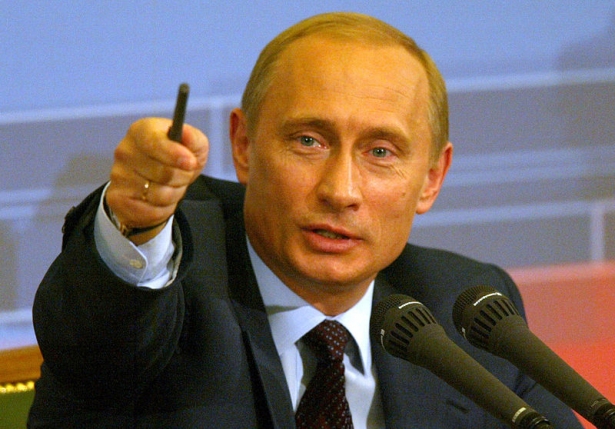 On the heels of Vladimir Putin’s Olympic proclamation that (foreign) gays will be welcome in Russia as long as they leave the kids alone, America’s homegrown anti-gay coalition is headed to the courts to unfurl their “scientifically-endorsed” gays are bad for children banner. A challenge to Michigan’s constitutional ban on gay marriage started last week and "the kids" are center court.

To counter a long—and continuing—narrative of LGBTQ folks as criminals and deviants, advocates have worked feverishly to stamp out these linkages that some find unseemly. (Ex: Lesbians drive Subarus! Gays care for needy puppies and children! Transfolks make excellent soldiers!) These associations have proven difficult to negate, however, because a determined and bankrolled cadre of pseudo-scholars are always ready to wade in.

In Michigan’s upcoming constitutional battle on gay marriage, for example, sociologist Mark Regnerus is scheduled to testify for Team Anti-Gay Marriage USA and present his less-than-objective bad gay parents summary, which has been discredited as junk science for its flawed methodology and is overwhelmed with a landslide of research demonstrating the opposite.  Mountains of bona-fide blue chip scholarly research document that gays and lesbians are generally model parents, workers, soldiers, citizens and spouses. Homosexuals are statistically no more likely than heterosexuals to sexually abuse children and to stunt youth’s emotional or sexual development. And they do not turn their kids gay.

Despite this research, core associations between queers and people who harm children have not been eradicated. Homegrown evangelical Christians, crowds of Parisians protesting gay marriage, swaths of the Catholic Church, politicians and religious leaders in Nigeria and innumerable elementary school hiring committees, among others, find homosexual/child molester associations too convenient, convincing and fervor-inducing to not entertain or exploit.

Yet while Putin’s statement and Regnerus’s “research” elicited the dutiful response from LGBTQ organizations and allies, the fact remains that gays are no more a risk to children than anyone else. So what if queers shift tactics and refuse to line up experts to testify to this effect ad nauseam?

Instead of going on the defensive, there is a broader truth we could be exposing: This nation, and this planet, repeatedly and viscerally harms many of its occupants, including people who qualify as minors. In the U.S., 14-year-olds are tried as adults and sentenced to natural life in prison, and universal access to quality childcare programs is nonexistent. Most youth are denied access to meaningful sexual health education, and marginalized youth don’t get an equal chance at a quality education. Approximately 1 in 4 children live at or below the federal poverty level and roughly 16 million children live in households with severe food scarcity. And children are marshaled to sell everything, including themselves—just ask Honey Boo-Boo.

In this abysmal reality, devoting time and resources to convincing the public that gays don’t harm children or disrupt “normal child development” seems out of step, tone deaf and ludicrous. A bit like demanding that the Metropolitan Museum of Art add your homemade quilted Last Supper tapestry to their collection.

Beyond this landscape where institutional harm is a normalized component of everyday life, the image of the child itself requires a queer and critical engagement. As someone who has attended multiple neighborhood meetings where (imagined and real) children have been marshaled by a range of groups to install more blue-light street surveillance cameras, to stall discussions about low-income housing that might attract dangerous strangers to the neighborhood, to support increases in street policing for child protection or as a props to mete out increasingly austere allocations of resources, I can attest to how the “symbolic child” shapes our everyday lives.

And “child protection” justifies punitive practices and policies that frequently have little to do with the lives of real children. The enforced drug testing of pregnant women and the expansion of policing and surveillance make our lives less secure while supposedly securing the rights of the symbolic child. Or consider Marlise Muñoz, a brain-dead mother forced to “incubate,” as her partner Erick stated, a fetus—not a person but very much a symbolic child. A dozen states have laws on the books forcing pregnant women to endure a range of treatment or medical procedures without consent, in addition to the two dozen states with laws that require pregnant women, like Marlise, to be kept on life support without consent.

Instead of arguing that gays don’t compromise the safety of children, can we talk about how a focus on the lives of imagined children makes all of our lives unstable and precarious, and all our futures more vulnerable?

For in all this talk of children and our futures, there are real children who are left in the cold. As the late and beautiful scholar José Esteban Muñoz, put it: “Racialized kids, queer kids, are not the sovereign princes of futurity.”

This is, perhaps, the most dangerous trick of all. Not only are the kids wielded against many of us, but the shining and mythical innocence possessed by select children is not extended to others. Just look at Trayvon Martin.

So why not: Yes, Putin and Team Anti-Gay Marriage USA, queers are corrosive, unsafe for children. Our first perverted moves: Redistribute food and land to the hungry, open the prison doors and educate all, particularly children, about bodies and sex.

Erica R. Meiners is author of several books, including Right to Be Hostile: Schools, Prisons, and the Making of Public Enemies (2009), (2009) and For the Children? Protecting Innocence in a Carceral State (forthcoming from University of Minnesota 2016), and articles in wide range of academic journals, magazines, blogs and anthologies, including Meridians, Windy City Times, Women’s Studies Quarterly, ReThinking Schools, Captive Genders, and Jacobin. The Bernard J. Brommel Distinguished Research Professor at Northeastern Illinois University, she is currently a Soros Justice Fellow writing on reducing our nation’s reliance on criminalization to end sexual violence.