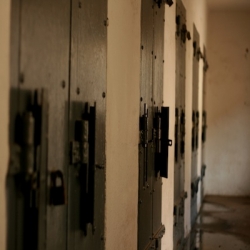 The controversial practice of solitary confinement in U.S. prisons was dealt a blow on February 19, when the New York Civil Liberties Union (NYCLU) agreed to halt litigation against the state’s Department of Corrections and Community Supervision (DOCCS) in exchange for sweeping reforms limiting extended isolation within New York prisons. Protecting the state’s most vulnerable prisoners, the deal will prohibit the solitary confinement of pregnant women and prisoners under 18 and ensure that people with disabilities spend no more than 30 days under such conditions. The agreement makes New York the largest prison system in the country to prohibit solitary confinement of minors.

The agreement is a major coup for human rights. Isolation in prison has been linked to severe mental illness and psychological trauma, and has been deemed counterproductive by studies connecting the practice to high recidivism rates.

A Senate judiciary subcommittee is holding a hearing on the topic this Tuesday; New York’s reforms are sure to frame the discussion there. Advocates are hopeful that these two developments signal a growing movement toward more humane incarceration standards.  According to the ACLU, New York is the eighth state to take steps to reduce solitary confinement, and most of the other seven did so in the past few years.

While experts have recommended isolation only as a measure of last resort, it has become disturbingly routine. The NYCLU’s 2012 “Boxed In” report revealed that the DOCCS imposes thousands of “extreme isolation” sentences each year, claiming that doing so was necessary to ensure staff safety. However, prisoners have been placed in isolation for infractions as trivial as “excessive tobacco,” wearing unauthorized jewelry and keeping an untidy cell. Once there, prisoners spend up to 23 hours a day in windowless quarters, often not knowing when they will be released. Months are the norm, years not uncommon.

Though last week’s agreement is a step in the direction of rational reform, there is still a staggering amount of work to be done. Of the 3,800 New York prisoners currently held in extreme isolation cells, it isn’t clear how many are members of the groups that will benefit from the new protections.

We’ll probably have a better sense of this victory’s magnitude in the spring, when two nationally recognized corrections experts deliver recommendations for New York’s solitary confinement program. Central to their suggestions will be a new set of "sentencing guidelines" featuring a universal limit on isolation-sentence lengths, the details of which will be applicable to all prisoners.

Elena Landriscina, a legal fellow at the NYCLU, underscored the importance of the agreement’s timing, with the Senate's hearing coming up. She anticipates the Senate will question who is being held in isolation, and for how long.

“This hearing is an important sign of the national conversation,” Landriscina said. “It’s not just one state or a handful of states. Hopefully last week’s agreement elevates the discussion by having the example of New York as yet another state that’s going to be reviewing their system and trying to make changes.”