The IBT on Reality TV: Boston Union Teams Up With Mark Wahlberg 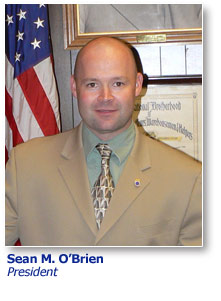 A Teamsters entourage in the town near Mystic River?
BOSTON—From Jersey Shore to the short-lived All American Muslim to the much glitzier Shahs of Sunset, there seems to be no ethnic community left untouched by the national carnival show known as “Reality TV.”
Always dissed or ignored by the mass media—and thus hungry for more attention—the multi-ethnic enclave of organized labor might have been our last hold-out against letting it all hang-out in this shamelessly exhibitionist genre.
But that modest stance is about to change, quite possibly for the worse, on union turf that’s very familiar. A&E Television Networks is now filming a pilot called The Teamsters. Forget those flashy Persian immigrants, the scarf-wearing women of Dearborn, or the sacrilegious Italian stallions (and their tacky fillies) who populate the Garden State, this show is zeroing in on a local tribe that I know well, thanks to my great grandfather, who fled potato-less County Leitrim for Beantown more than 160 years ago.
According to The Boston Herald, A&E’s proposed new series will “focus on the lives and struggles of members of Teamsters Local 25,” a union with a long, colorful, and sometimes troubled history with the entertainment industry. Dorchester’s own Mark Wahlberg, the son of a Teamster, is collaborating on the project with Stephen Levinson.

Levinson helped Wahlberg co-produce The Entourage, a very popular show that ran for eight seasons and recycled the actor’s own real-life experiences as an up-and-coming Hollywood star.