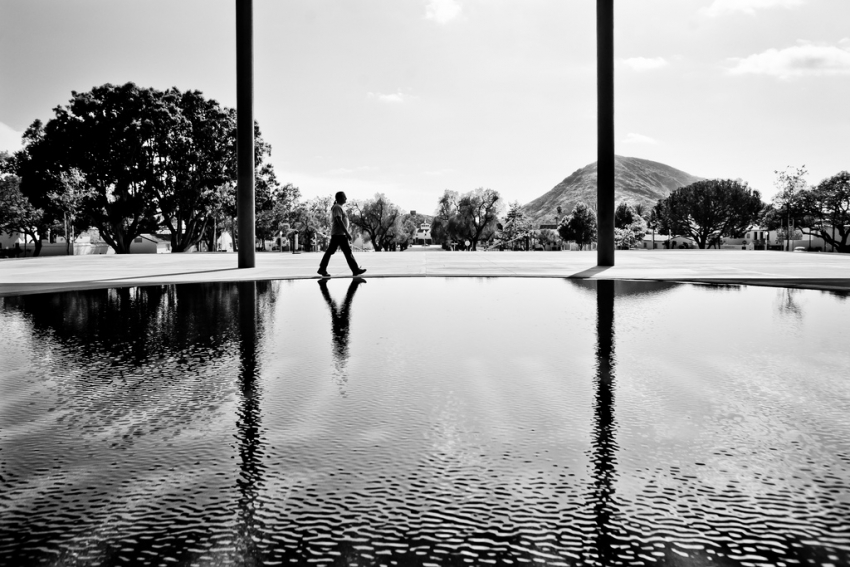 Faculty across the 23 campuses of the California State University (CSU) system will be voting on strike authorization October 19-28. Should the 23,000 workers, mostly instructional employees, organized as the California Faculty Association (CFA) vote in favor of authorization, CFA leaders will be able to call a work stoppage if they cannot reach a settlement with the CSU system’s overseers, the Board of Trustees, over salary negotiations

Union members are working under a collective bargaining agreement that was ratified in November 2014. CFA and CSU management came to an agreement for 2014-15 salary increases but left terms for subsequent years open for future talks. CFA is now billing its demands as the “Fight for 5,” calling for a 5 percent pay bump during the 2015-2016 school year.

Jennifer Eagan, a CSU East Bay professor of Philosophy and Public Affairs & Administration who was recently elected CFA president in April, says this will be the first step in rebalancing “misplaced priorities” at CSU campuses throughout the state. “After years of literally zero salary increases, faculty is less timid about talking about their salaries and talking about how and why what their salary is matters to students.”

Home to over 400,000 students, CSU is the largest system of higher education in the country. Despite student body growth of 24 percent since 2004 and an increase of approximately $1 billion in tuition and fees generated during that same time, salary increases in the system have gone almost exclusively to university administrators like campus presidents and management, its so-called “one percent.”

“Their emphasis on executive compensation … shows a sense of corporate values that are inappropriate for a public agency that supposedly has a mission for the public good,” Egan tells In These Times. “I think that some of the campus presidents and chancellors think of themselves as CEOs rather than heads of academic institutions.”

Using data supplied by the Board of Trustees, CFA contended in a March 2015 study that between 2004 and 2013, CSU full-time instructional faculty lost an average of about $9,000 in purchasing power. CSU campus presidents, by contrast, gained an average of $22,000, with salaries ranging from $250,000 and $400,000. The Board of Trustees has offered instructional faculty a 2 percent raise at the bargaining table, the same amount that CSU campus presidents received this June.

Beyond the ballooning pay scale at the top of the hierarchy, the past decade has seen a proliferation of new managerial positions in the CSU system and at universities around the country. Benjamin Ginsberg, a political science professor at Johns Hopkins and author of The Fall of the Faculty, describes this national phenomenon:

A larger student body has been matched, not with permanent tenured professors but with workers on temporary contracts like adjuncts, mirroring a well-documented trend occurring throughout the country’s higher education systems. While overall instructional faculty CSU-wide did increase 8 percent between 2003 and 2013, the growth did not come from full-time permanent professors, whose ranks shrunk by 4 percent. Instead, the gain came from the 46 percent rise in contingent lecturers—a rise that has come with increased hardship for academic workers.

“Even though these faculty members are often as qualified as tenure-line faculty, faculty who are lecturers make between $4,000 and $5000 a course so they have to piece together courses in order to make a living,” Eagan told In These Times. “What that means for students is that the faculty members that they rely on—and very often students don’t know the difference between a lecturer faculty member or a faculty member with tenure—have to piece together work at different places, don’t have job security, might be here one semester and gone the next. That just creates a lot of unevenness in student experience.”

This configuration causes substantial portions of academic professionals to be a part of America’s working poor. A study released this April by the UC Berkeley Labor Center notes that 25 percent of part-time college faculty are enrolled in one or more public assistance programs.

Eagan believes that in the midst of its dispute with CSU management, CFA has been able to build on high levels of solidarity and worker consciousness through the strength of its wall-to-wall bargaining unit, which includes both tenured and lecturers.

“One of the virtues in being in the same bargaining unit is that we speak in one voice. These are our students together no matter where we’re situated in hiring or rank or title as faculty members,” she says. “We are workers. We need solidarity and we need to fight in order for our wages and our profession and our work conditions to be fair.”

CFA members have approved strike actions twice before. In 2007, 94 percent voted in favor of rolling two-day strikes across the CSU system, but these were cancelled with a settlement reached the day before the strike; in 2011, over 90 percent voted in favor of a one-day strike that was hosted on two campuses, CSU East Bay in Oakland and CSU Dominguez Hills in the Los Angeles region. The results of this year’s strike authorization vote will be announced on November 3rd.