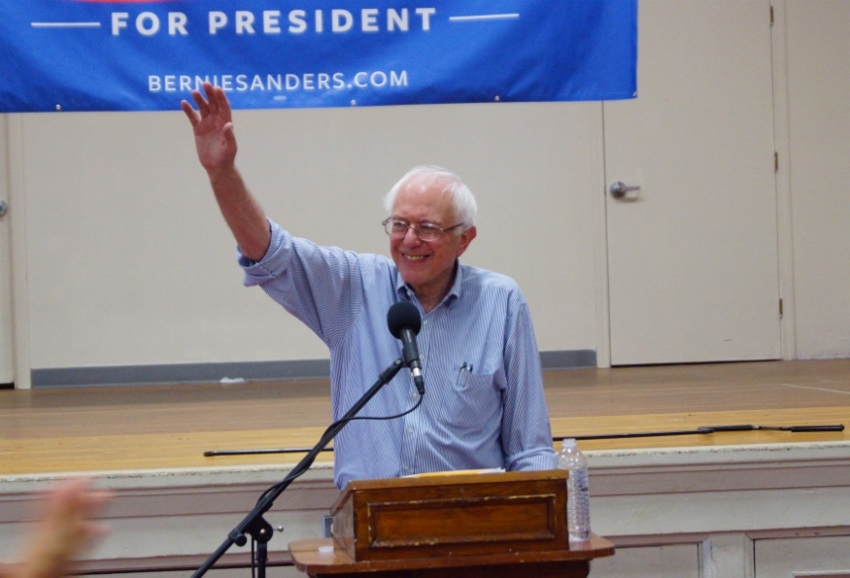 The endorsement of the AWPU is key for Sanders in the battle for union endorsement. (Michael Vadon / Flickr)

Bernie Sanders’ campaign for the White House just received a major boost thanks to his second significant union endorsement, with the American Postal Workers Union (APWU) throwing its weight behind the Vermont senator.

The APWU, which represents more than 200,000 current and retired U.S. postal workers and close to 2,000 private sector mail workers, cited Sanders’ work in preventing the closure of mail processing facilities and post offices for the endorsement, as well as his spearheading of a “sense of the Senate resolution” in January to improve delivery response time for the United States Postal Service (USPS).

“Sen. Bernie Sanders stands above all others as a true champion of postal workers and other workers throughout the country,” said APWU President Mark Dimondstein. “He doesn’t just talk the talk. He walks the walk.”

Sanders also put himself in the union’s good graces thanks to his ambitious vision for the future of the embattled USPS. This includes expanding the post office’s role into banking and allowing them to notarize documents, issue licenses, establish Internet cafes and more.

At times, the APWU’s announcement echoed the senator’s own rhetoric.

“Politics as usual has not worked. It’s time for a political revolution,” said Dimondstein.

He went on to note that Sanders’ longstanding support for workers’ rights in general had played a role in the APWU’s endorsement, such as his fight for the $15 minimum wage, his defense of and proposal to expand Social Security and Medicare, and his opposition to the Trans Pacific Partnership.

The endorsement comes just under a month after Sanders’ appearance at the union’s All-Craft Conference in Las Vegas in October. In front of a 2,000 person-strong crowd, he praised the Postal Service’s provision of “universal service six days a week to every corner of America, no matter how small or how remote,” and linked attacks on the agency to attempts to privatize Social Security, Medicare and public schooling, as well as a broader assault on the working class. With more than half a million workers, the USPS is the second largest civilian employer behind Wal-Mart.

The news is big for the Sanders camp, which is competing with frontrunner Hillary Clinton for union endorsements. Clinton has already nabbed the endorsement of several major public sector unions, including the American Federation of State, County and Municipal employees, the two major teachers unions and some construction unions. Sanders, meanwhile, has won the endorsement of National Nurses United and a smattering of smaller unions. The biggest labor prize, however, will be the 12.5 million member-strong AFL-CIO’s endorsement, though the federation is unlikely to announce its decision before the Democratic nominee is chosen.