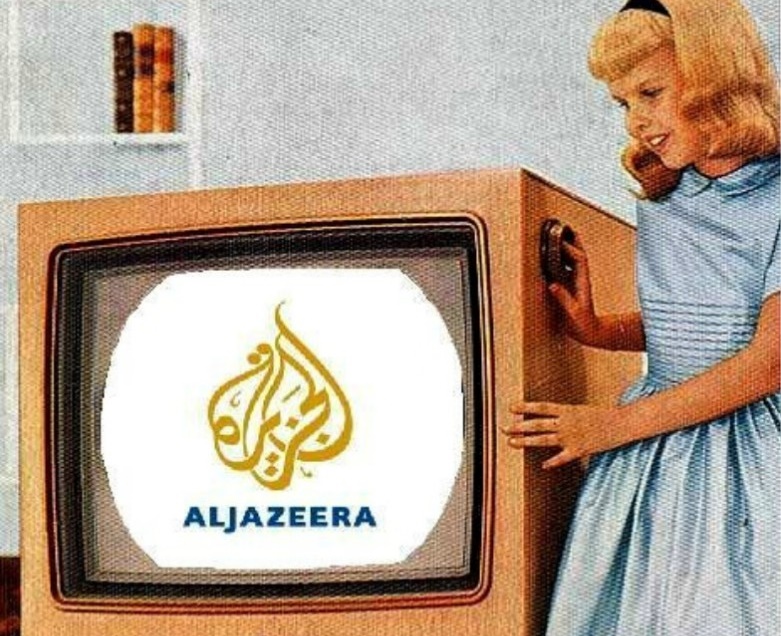 Skeptics said it wouldn’t last, and they were right.

Al Jazeera America launched in the summer of 2013, a spin-off of the Doha-based channel’s English version to specifically target a United States audience. For the last decade, Al Jazeera had built what some might consider the one of the most coveted of journalistic reputations: It was considered anti-American and anti-Zionist in the US, while Arab governments saw its stories as pure Western propaganda. By the time of the Arab Spring, Al Jazeera English became indispensable for anyone in the United States who wanted to know what was going on.

Having poached English language talent from other news providers, Al Jazeera’s English-language service could no longer be ignored in North America. In a market where television news is saturated with screaming pundits and websites that spend more time on aggregation and the click-hungry hot takes, a new channel dedicated to covering US issues and the world with a cold and serious eye seemed like a worthy gamble.

On January 13, the world learned that Al Jazeera America would soon close. And while some employees could migrate into the network’s expanded digital operations, many will spend the coming days and weeks looking for new work.

The news comes as Al Jazeera’s primary patron, the Qatari government, enters a financial downturn; it will have its first budget deficit in 15 years. AJAM always struggled with low ratings; as the New York Times reported last May, “The station has been a nonfactor in news, drawing about 30,000 viewers a night.” And while its online presence has been expansive, that still isn’t what brings home the proverbial bacon. Al Jazeera English always struggled to get onto U.S. cable service, and so too was it difficult for AJAM—not to mention that especially for younger viewers, more and more news is consumed online rather than through traditional cable. People aren’t sitting at home waiting for the nightly news anymore—they’re getting their information on their phones throughout the day.

All news organizations have their institutional problems, their insufferable office politics where reporters have to battle favoritism and petty bean counters, and according to many who work there and who worked there in the past, Al Jazeera America was no different. There’s no sense lamenting it as some angelic institution that couldn’t hack it a septic American media market.

But if AJAM gave us one thing in its brief life in the United States, it was a dedication to covering economic inequality and the growing opposition to it in the wake of Occupy Wall Street. It seems contradictory that a news organization made possible almost entirely by a petrol monarchy would be the go-to source for economic progressives, but its editors, especially opinion editor David Johnson (formerly of the Boston Review), focused almost laser-like on a mission to promote stories about the widening wealth gap in the United States and the monopolistic grip American tycoons had on political power.

This gave it the ability to lift voices large and small, from former New York Times reporter David Cay Johnston and economist Dean Baker to labor reporters like Ned Resnikoff, who came from MSNBC, and Paul Abowd, an associate producer at AJAM’s show Fault Lines, who got his start at Labor Notes, the scrappy radical journal that reports from the perspective of rank-and-file workers demanding more militancy and democracy in their unions. Yours truly has been a frequent contributor; in fact, my last article, about a Supreme Court case affecting public sector unions, was published the day before news of the channel’s demise was announced. In a media-scape where its still difficult to mention class consciousness, this was indeed a radical development.

It’s easy to dismiss that by saying not many Americans outside of educated, worldly circles in big cities and university towns tuned in. But it’s not that simple. Al Jazeera America’s presence never went unnoticed by other news organizations like MSNBC or even the New York Times, eager to expand its digital presence, giving AJAM competitive influence in the American media world. More than that, it provided real jobs for journalists with class consciousness and a critical eye when it came to US foreign policy. A decade ago, many of these writers would have real job options. Now, in a world where even the venerable McClatchy family of newspapers is shuttering its foreign bureaus, hope seems far off.

The fall is also a major setback for media unions in what has been widely seen as their renaissance in the digital age. The NewsGuild of New York, a Communication Workers of America affiliate, organized the shop last year, which along with new bargaining units at Salon and Gawker seemed to show that media unions were growing with the changing landscape. Alas, one of the Guild’s landmark shops will close down before it even had the chance to settle a contract. That also means the union means little to those facing layoffs. The union gave few specifics of what it could do for those facing unemployment, other than that it will “vigorously advocate for them in the coming months.”

Perhaps there’s a little bit of hope that American news consumers will have more access to the digital output of Al Jazeera English, which also has many talented journalists. But, again, it will feel a bit more like an imported product, a service produced overseas because we Americans can’t create something sophisticated as that on our own.

In a sense, that’s what made Al Jazeera America so special. It was American. And that will be missed, because it was so necessary.