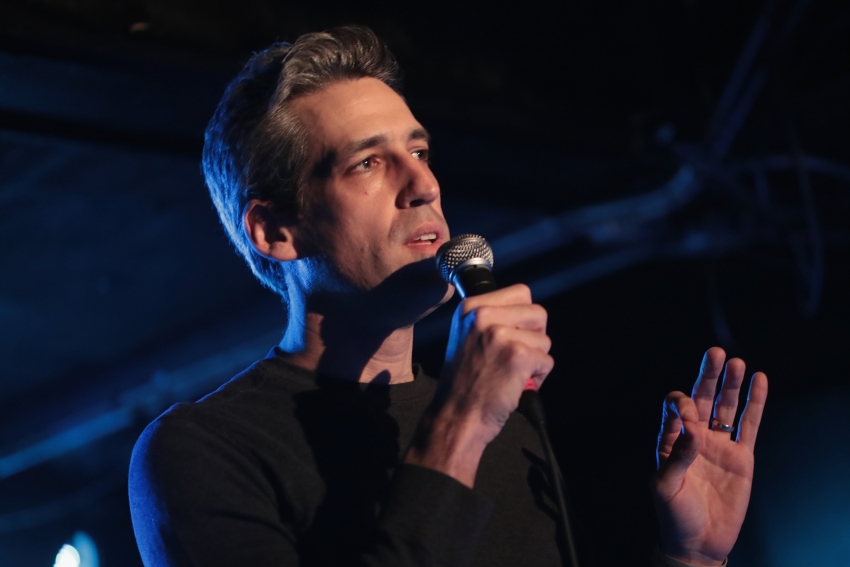 The dust has settled in Illinois’ gubernatorial primaries, and the two candidates left standing are those with the biggest bank accounts.

Billionaire Democrat J.B. Pritzker fended off rivals Chris Kennedy, a millionaire businessman, and Daniel Biss, a state senator and former math professor who ran on the most progressive platform in the race. On the Republican side, investment banker and incumbent Gov. Bruce Rauner won out in a much-closer-than-expected contest against conservative state Rep. Jeanne Ives.

On the face of it, the failure of Biss to beat Pritzker is dispiriting. A number of high-profile progressive groups aligned with Bernie Sanders, such as Our Revolution, National Nurses United and MoveOn.org, threw their weight behind Biss, hoping that his left-leaning platform could overcome Pritzker’s big spending.

Yet Biss also came with baggage. A close look at the race offers instructive lessons for progressive challengers nationwide—perhaps most importantly, that union support remains indispensable and candidates must have an unblemished track record on workers’ rights.

Rauner is widely seen as the most vulnerable incumbent GOP governor up for reelection in 2018. Pritzker appeared to be the Democratic establishment’s anointed candidate, with backing from the Cook County Democratic Party, powerful labor groups such as the Illinois AFL-CIO and building trades unions, as well as Democratic Sens. Dick Durbin and Tammy Duckworth. The institutional powers within the party apparently made a calculation that the only way to defeat Rauner, a near-billionaire Republican incumbent who had bought his way into the governor’s mansion, was with an even richer candidate of their own.

But the specter of two ultra-wealthy businessmen battling it out for governor by tapping their personal coffers did not exactly inspire enthusiasm among progressives. Of the field of six Democratic challengers, Biss appeared to offer the best alternative: a candidate of modest income running on an explicitly progressive platform that included providing single-payer healthcare and tuition-free college, establishing a $15 minimum wage, overturning the statewide ban on rent control, putting in place a financial transaction tax, legalizing marijuana, ending monetary bail and commuting drug convictions.

Money was undoubtedly part of the reason that Biss was never able to galvanize enough momentum to overtake Pritzker. The billionaire pumped nearly $70 million of his own money into his campaign, blanketing the state in ads and pushing forward the narrative that he was the only candidate with the abilities, record and resources to take on both Rauner and Donald Trump. Biss’ campaign, meanwhile, spent just $2 million, and his commercials in the state ran a full ten times less than those funded by the Pritzker campaign.

But it wasn’t just the sheer number of ads that aided the Pritzker campaign; it was also their content. As Biss’ support began to climb in February and he overtook Kennedy for second place, the Pritzker campaign’s mailers and TV ads began focusing squarely on Biss and his record of writing and championing legislation that would have slashed the pensions of state workers.

The attacks could easily be seen as cynical, since, in 2011, Pritzker himself donated $20,000 to a PAC that supported candidates willing to cut pensions and attack unions. Yet the attacks did focus on a legitimate flaw in Biss’ record, which appeared to undercut his progressive bona fides. In 2013, Biss was the co-author of S.B. 35, a bill that would have cut pension benefits for 467,000 Illinois workers, including retirees. The bill passed the legislature and was only prevented from going into effect because the Illinois Supreme Court ruled it unconstitutional for the state to take away money promised to workers. At the time, the bill was referred to by its opponents in the labor movement as “pension theft.”

In response to Biss’ role in advocating the bill, in 2013 unionized retirees protested outside of his office, demanding that he change his position. Biss responded by defending the legislation as “benefit reform” and saying that “all sides ... should be asked to give something.”

Biss’ record on pensions may have been part of the reason the Illinois AFL-CIO and building trades were comfortable coming out early for Pritzker, and why many other unions dragged their feet on endorsements. And it allowed Pritzker to attack Biss from his left on the issue of workers’ rights.

Throughout the campaign, Biss fought to distance himself from the pension bill, claiming that he made a mistake in writing and supporting the legislation and that his role in the fiasco was a “learning experience.” Biss’ platform laid out a labor-friendly agenda of fully funding state pensions, defending workers’ rights, raising the minimum wage and protecting collective bargaining. His mea culpas were enough for many progressives in the state to forgive and move on, but not to win him the support of a number of public-sector unions.

The Illinois Federation of Teachers (IFT), for example, backed Pritzker in December 2017. Other unions, such as the Service Employees International Union (SEIU) and the American Federation of State, County and Municipal Employees (AFSCME) remained neutral, denying Biss the endorsement of powerful forces in the Illinois labor movement.

In Illinois, labor endorsements and support are invaluable to candidates hoping to win the backing of rank-and-file union members. Union membership in the state sits at 15 percent, compared to just 10.7 percent nationally, and 827,000 Illinois workers are represented by unions. A disproportionate percentage of these workers are African American, a demographic where Biss' support lagged throughout the primary. When leadership makes endorsements, especially early on in races, it can sway membership to throw their support behind a candidate. After the Illinois AFL-CIO endorsed Pritzker in June 2017, the Chicago Tribune reported that the move cemented his status as the early front-runner in the race. Biss’ fraught record on pensions may have closed the door to potential endorsements from unions in the state from the start.

More broadly, in the United States, the labor movement remains the most powerful vehicle for the working class to advance their interests. Biss’ history of antagonizing that movement muddied the waters for him as he attempted to claim the mantle of being the progressive champion in the race.

It’s unclear whether unions such as SEIU and AFSCME would have thrown their support behind Biss had his record been more in step with labor’s priorities, or whether their backing would have tipped the race his way. Ultimately, many unions were likely swayed by Pritzker’s ability to self-fund his campaign, allowing them to hold on to their resources.

Winning a Democratic primary against as wealthy and formidable an opponent as Pritzker, though, would always be a herculean task without support from major unions. And by writing and cheerleading legislation these same unions considered “pension theft,” Biss may have alienated them before the race even began.

The campaign saw another misstep in September 2017 when Biss dropped popular Chicago Alderman Carlos Ramirez-Rosa as his running mate, less than a week after tapping him for the ticket. Biss had faced pressure from Congressman Brad Schneider, a campaign supporter, to abandon Ramirez-Rosa over his refusal to disavow the non-violent Boycott, Divestment and Sanctions movement against Israel, which was endorsed by the Democratic Socialists of America (DSA), of which Ramirez-Rosa is a member. (Full disclosure: The author has volunteered on campaigns run out of Ramirez-Rosa’s ward office.)

Since taking office in 2015, Ramirez-Rosa has been a staunch ally of unions in Illinois, including the Chicago Teachers Union (CTU) and SEIU, and the decision to boot him was seen by some in the labor movement as a slight against a strong defender of workers’ rights. Along with SEIU and CTU, other organizations aligned with Ramirez-Rosa similarly held out their support for Biss, including DSA and United Working Families, the Illinois partner of the Working Families Party.

Despite these slips, Biss’ sophisticated campaign and dedicated volunteers helped him outperform what many political observers had expected from a state senator who early on had little name recognition or personal funds to draw from. And by consistently touting progressive solutions to the state’s problems, such as a financial transactions tax and a Medicare-for-all healthcare system, Biss and his team, along with activists across the state, were able to push the debate within the primary decidedly to the left.

The effect was evident in Pritzker’s victory speech, in which he touted such policy planks as passing a progressive income tax and a $15 minimum wage, instituting universal healthcare and paid family leave, legalizing marijuana and defending labor unions.

The Biss campaign helped lay the groundwork for future left challengers to run in Illinois. And it offers a cautionary lesson that labor credibility is crucial to a successful progressive campaign. We’ll never know whether a candidate less vulnerable to criticism could have beaten Pritzker. But future challengers can learn from both the successes and pitfalls of Biss’ run.

With the 2018 elections just months away, a Chicago mayoral race coming in 2019 and more contests ahead in 2020 and 2022, there will be ample opportunities for candidates to heed this lesson as they seek to wrest the reins from the political establishment and win electoral power.