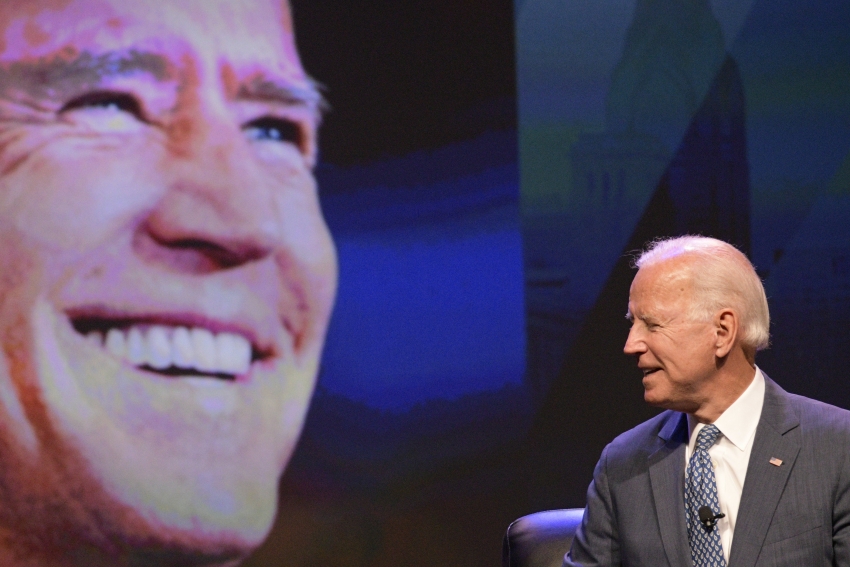 In the week since his strong showing on Super Tuesday, Joe Biden has collected a raft of new labor union endorsements. As voters in more states head to the polls, it is worth remembering that Biden launched his campaign with a fundraiser co-hosted by the head of an anti-union law firm.

On April 24, 2019, Biden kicked off his presidential campaign at a union hall in Pittsburgh, full of members of the Teamsters, United Steelworkers and firefighters union. The following night, April 25, Biden attended his first major campaign fundraiser, held at the Philadelphia home of Comcast executive David Cohen. That event was co-hosted by Steve Cozen, the chairman of the large national law firm Cozen O’Connor. That firm’s labor practice works for company management against the interest of unions.

Biden’s fundraiser, held right on the heels of his splashy appearance with union members, drew condemnation in the labor press. Asked this week about that criticism in light of Biden’s possible impending nomination as the Democratic candidate for president, Steve Cozen said, “Total nonsense. We are supporters of organized labor, as is Joe, though many of our clients are on the employer side of disputes or negotiations. It was a non sequitor stretch made by someone who didn’t know better.”

On the website of its Labor Relations and Disputes practice, Cozen O’Connor boasts of its capability to help clients “prepare for and respond to picket lines, strikes, lockouts and other economic campaigns; and work with employers during union election campaigns.”

“We also help employers avoid unionization through positive employee relations and regain nonunion status when employees indicate they no longer wish to be union-represented,” the firm says. “Our attorneys manage labor relations with a clear eye toward the bottom line.”

The co-chairmen of that practice, Joseph Tilson and Thomas Giotto, both contribute to the firm’s political action committee, which donates to a wide variety of Democratic and Republican candidates nationally.

In January, research by the Center for Economic and Policy Research (CEPR) found that Biden had received more money than any candidate from “attorneys at law firms with notable histories of anti-worker actions.” In addition to multiple donors at Cozen O’Connor, Biden had already garnered tens of thousands of dollars in contributions from attorneys at Ballard Spahr, Morgan Lewis, Jackson Lewis and other notoriously anti-union firms. CEPR also found nearly a dozen Biden donors at Winston & Strawn, the law firm that represented plaintiff Mark Janus in the landmark anti-union Janus v. AFSCME case that severely undermined the strength of America’s public unions.

Biden’s national labor union endorsements include the firefighters, the iron workers, and the Amalgamated Transit Union. He was also endorsed by the International Brotherhood of Electrical Workers, sparking a revolt by members who unsuccessfully petitioned for the endorsement to be retracted. In just the past week, as his poll numbers have improved drastically, Biden has won the endorsement of a long list of union locals across the country, as well as a national endorsement from the International Association of Machinists, where he won a vote of members. Strangely, the IAM was one of the only major unions to oppose the recent NAFTA 2.0 trade agreement signed by the Trump administration. That deal was supported by the AFL-CIO and by Biden, but opposed by Biden’s only remaining opponent, Bernie Sanders.

Biden has not matched Bernie Sanders’ labor policy plan to double union membership in America, but organized labor’s political calculations are not being made on policy alone. Unions, like many political entities, often want to back a winner. Many of the unions that have sat on the sidelines throughout the Democratic primary have now decided that it is time to endorse Biden, because he appears to be likely to win the nomination. But the support that Biden has received from anti-union attorneys was there long before Super Tuesday. He has been their choice in the Democratic primary from the very beginning.

Though Biden has received more than three dozen donations from Cozen O’Connor employees totalling many thousands of dollars, it is only fair to note that the Bernie Sanders campaign has also received money from a Cozen O’Connor attorney. One attorney. He works in the bankruptcy practice. And he hasn’t maxed out yet.