Get Ready for Janus 2.0, Which Could Devastate Labor More Than the First 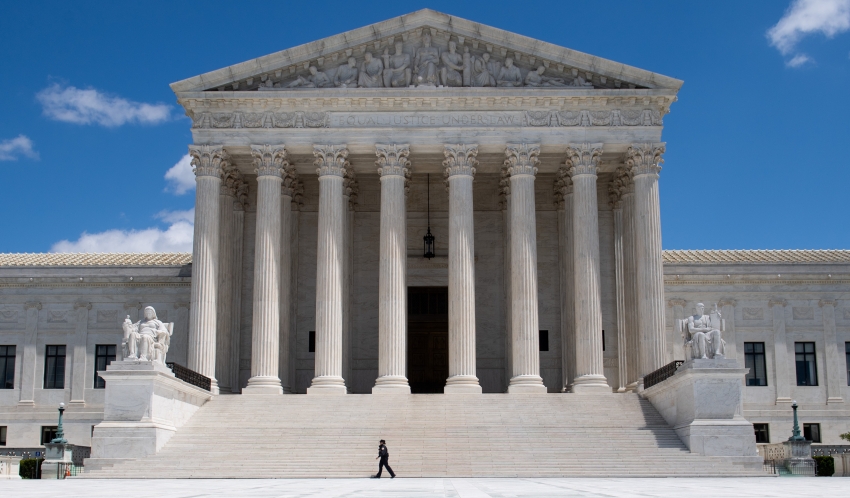 On June 27, 2018, the Supreme Court issued its ruling in Janus v. AFSCME, which radically changed established constitutional interpretation to make it a violation of the First Amendment for public-sector unions to collect fair-share fees. These fees are equivalent to the portion of union dues that are germane to collective bargaining. The plaintiff in the case was Mark Janus, a child support specialist with the Illinois Department of Healthcare and Family Services, who objected to paying $23.48 in fair-share fees per pay period to AFSCME, the union that represented him and his coworkers. Backing Janus was a coterie of anti-union groups, headed by the National Right to Work Legal Defense Foundation, which has spent decades attacking labor.

Despite this stinging loss before the Supreme Court, many unions had prepared for this possibility, and laid the groundwork to help mitigate the damages. The result was that—at least in the short term—the case that was intended to serve as a major body blow to labor appears to have had a rejuvenating effect.

For many, it seemed like the Janus case was over. Mark Janus, the lead plaintiff, had left his state job and went to work for the anti-union Liberty Justice Center, which helped represent Janus before the Supreme Court and whose entire “Workers’ Rights” platform consists of workers suing unions to recover fair-share fees. Janus was gone, fair-share fees in the public sector were gone, and unions became better at membership engagement such that they didn’t see the “free-rider” tidal wave that many had feared.

Now, Mark Janus is back before the Supreme Court, asking to make their 2018 decision retroactive, and force public sector unions to refund much of the fair-share fees they collected in recent years. If the Court agrees to hear the case and sides with Janus again, it could cost organized labor many millions of dollars.

Janus’s case is being brought under the Civil Rights Act of 1871—or “Section 1983” as it is more commonly called—which allows people to sue state actors for constitutional violations. The typical subject of such lawsuits includes such issues as excessive use of force by police, cruel and unusual punishment towards prisoners and violations of public employees’ First Amendment rights. In rare instances, usually when a private creditor uses state procedures to attach a debtor’s assets in violation of due process, a private actor can be found to be engaging in state action and sued under Section 1983 for violating constitutional rights. Therefore, AFSCME and other public sector unions could be sued for collecting fair-share fees under state law, which a 5-4 majority of the Supreme Court found in the 2018 Janus case was a violation of the First Amendment.

However, what makes this second Janus case truly bizarre is that the Supreme Court has stated, and every court has agreed, that there is a good-faith defense for private parties being sued under Section 1983.

Sheldon Nahmod, Emeritus Professor at Chicago-Kent College of Law and an expert on Section 1983, says that the good faith defense grew out of the simple “matter of public policy that private parties follow the law rather than act contrary to it.” With regard to public-sector fair-share fees, the union relied on a decades-old state law that was passed pursuant to a 1977 Supreme Court decision that treated fair-share fees as constitutional. Janus is arguing here that Justice Alito and several other conservative Justices voiced their discomfort with public-sector fair-share fees over the past few years, so unions should have been on notice that the law was problematic. But the Seventh Circuit Court of Appeals in this case rebuked this idea, stating, “The Rule of Law requires that parties abide by, and be able to rely on, what the law is, rather than what the readers of tea-leaves predict that it might be in the future.”

The trial court judge went even further, acknowledging the empty Supreme Court seat left by Sen. Mitch McConnell’s refusal to call a Senate vote for President Obama’s nominee Merrick Garland, stating, “had the general and/or presidential election resulted differently, the composition of the Supreme Court that decided the case may well have been different, leading to a different result.” If ever there was a case for arguing that a party acted in good faith in following the widely accepted law, this was it.

Another strange facet of Janus’s petition to the Supreme Court is that, though it claims to be attacking the good faith defense available to private parties under Section 1983, it does not cite any articles about the good faith defense. Instead, the only articles it cites concern the very different and problematic issue of qualified immunity, which is available to state actors.

Qualified immunity was created by the courts to protect public actors from liability unless they violated “clearly established” statutory or constitutional rights that a reasonable person would have known. However, over the years, the courts interpreted the doctrine so broadly that it has become extremely difficult to win a lawsuit against police for extreme misconduct.

A recent investigation by Reuters describes in grizzly detail how police killed a confused hospital patient with pneumonia who refused to return to his room, a man who suffered brain damage after being smashed to the ground by police, a bicyclist who was shot 17 times in a case of mistaken identity, and many more where qualified immunity protected unlawful action by police.

On June 18, the Supreme Court is scheduled to consider whether it will accept the second Janus case for review. Labor law professor Charlotte Garden of the Seattle University School of Law says, “I don’t think there’s any reason for the Court to take this case. The lower courts have been unanimous in holding that there is a good faith defense. Absent a circuit split, the Court would typically take this case only if it presented an especially important question (such as the constitutionality of a major federal program)—and I just don’t see a question that rises to that level here.”

However, Justice Alito writing for the majority in the original Janus case, stated “It is hard to estimate how many billions of dollars have been taken from nonmembers and transferred to public-sector unions in violation of the First Amendment.” This sentiment was echoed by one of the judges on the 7th Circuit panel who heard this case. The conservative majority of Justices has shown that it is willing to accept cases where there is no split in the circuits and that it’s willing to overturn established precedent if the result is to harm labor.

Janus II may represent such a case. But, as Professor Garden stated concerning the “windfall” that unions are alleged to have received, “if we really wanted to unwind union agency fees, we’d also have to think about what represented workers got in exchange for their agency fees. Suppose Janus's union (backed by agency fees) negotiated pay raises, or better insurance benefits, etc., and then enforced those contractual provisions through a grievance process. Assuming the union negotiated pay/benefits/etc. that were worth more than the amount of union dues, then, shouldn’t we say that by Janus’s logic, Janus received a windfall, or at least got the benefits he paid for with his agency fees?”